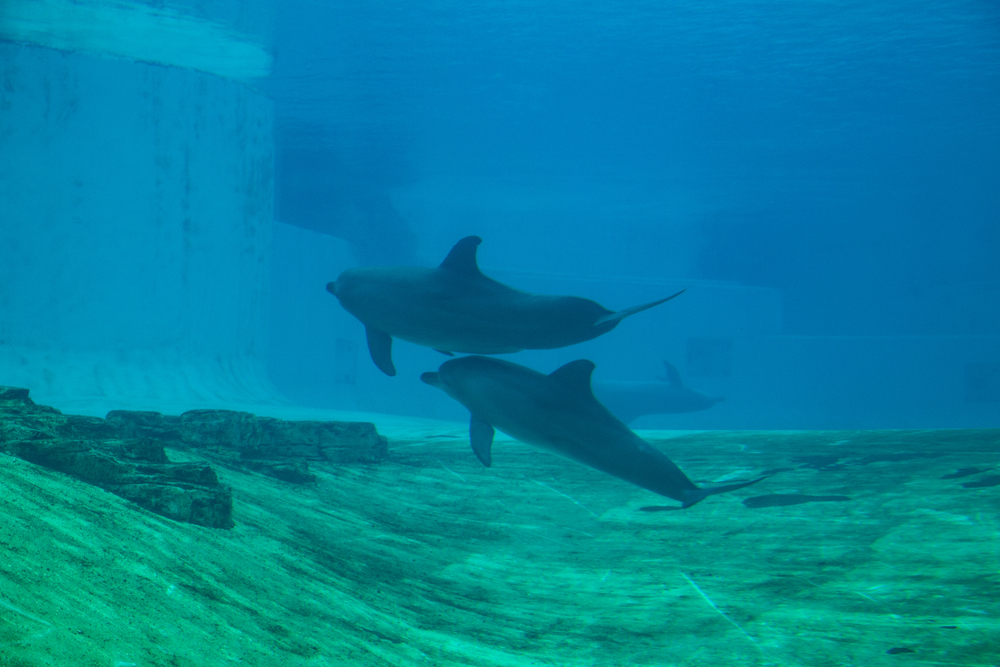 During a visit to the Resorts World Sentosa’s (RWS) S.E.A. Aquarium in Singapore last year, a visitor was so disturbed by something they saw that they decided to capture it on video. They sent the footage to Empty The Tanks, a United States-based organization focused on ending dolphin and whale captivity. Recently, Empty the Tanks shared the video on social media to bring attention to the suffering of marine mammals in captivity.

In the video, a dolphin (one of the twenty which are held captive at that facility) can be seen repeatedly slamming his head against the wall of the tank. This is a clear sign of depression. Dr. Naomi Rose, a marine mammal scientist who works for the US-based Animal Welfare Institute told The Straits Times that it’s: “a sign of boredom, neurosis, depression,” and said “It’s hard to say exactly what is going on here, but it’s definitely a sign of poor emotional health.”

Founder Rachel Carbary says they shared the footage (which can be seen above) on social media “in the hopes of bringing more attention to the plight of these sentient animals that continue to suffer in captivity.”

Resorts World Sentosa claims that the dolphin is just curious about its surroundings like most dolphins are. But this type of repetitive behavior is a sign of depression and boredom that is a result of a life in captivity. In the wild, marine mammals swim freely with their pods. They aren’t confined to small tanks. Some stereotypic behaviors include swimming in circles repetitively, establishing pecking orders, and lying motionless at the surface or on the aquarium floor for relatively long periods of time.

In captivity, dolphins and whales even hurt and break their teeth to extreme boredom which causes them to bite down on bars. They suffer unusual illnesses, collapsed dorsal fins, accelerated deaths, and have become so depressed that many have even beached themselves in attempts to commit suicide.