The Dark Truth Behind the Dolphin Entertainment Industry 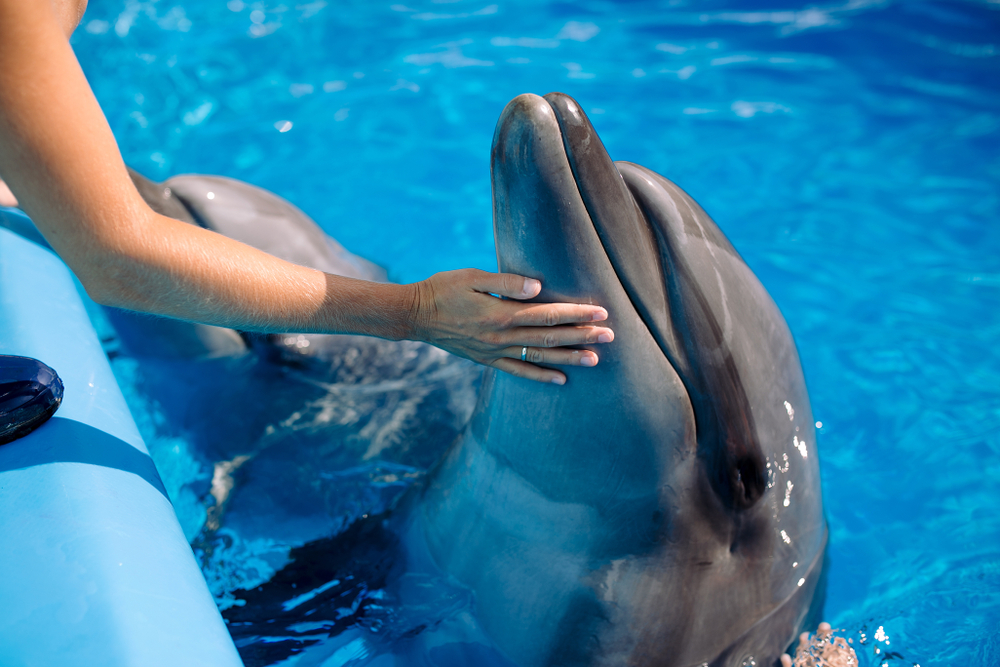 A report by World Animal Protection (WAP) has detailed the terrible living conditions that captive dolphins are forced to endure for profit. This report comes not long after TripAdvisor, who created an animal welfare policy in 2016, announced they would no longer sell tickets to dolphin or whale attractions.

The billion dollar global industry spans 54 countries and 336 different facilities, with over 3,000 dolphins being held captive. According to the report, living conditions for the dolphins are inadequate. To ensure that they are on display to the public, their enclosures are small, a tiny fraction of what it would be in their natural habitat, and the water is highly treated to keep it clear. Their needs come second to profits.

Dolphins are known to be very intelligent, and there is no shortage of research proving this. Their sophisticated behavior is often cited as the reason for their use as entertainment because they are excellent at learning and responding to commands. But according to WAP, “The high level of intelligence demonstrated by bottlenose dolphins and other cetacean species makes their confinement and use for entertainment highly unethical.”

Much of the public is unaware of the cruelty of these dolphin shows because the animals appear happy on the surface. Some venues make weak claims of being “educational” or contributing to conservation in an effort to fool people into thinking they are ethical. Some say they are helping the dolphin population through breeding, but those dolphins also remain captive and are not released into the wild.

There are too many heartbreaking stories about dolphins in captivity. Dolphins in Bali were forced to live in a hotel pool where tourists swam every day. Visitors were asked to leave a show after a baby dolphin in Bulgaria died in the middle of performing.

Help captive dolphins by never attending unethical shows that exploit marine mammals for entertainment. You can also sign this petition to end swimming with the dolphins.