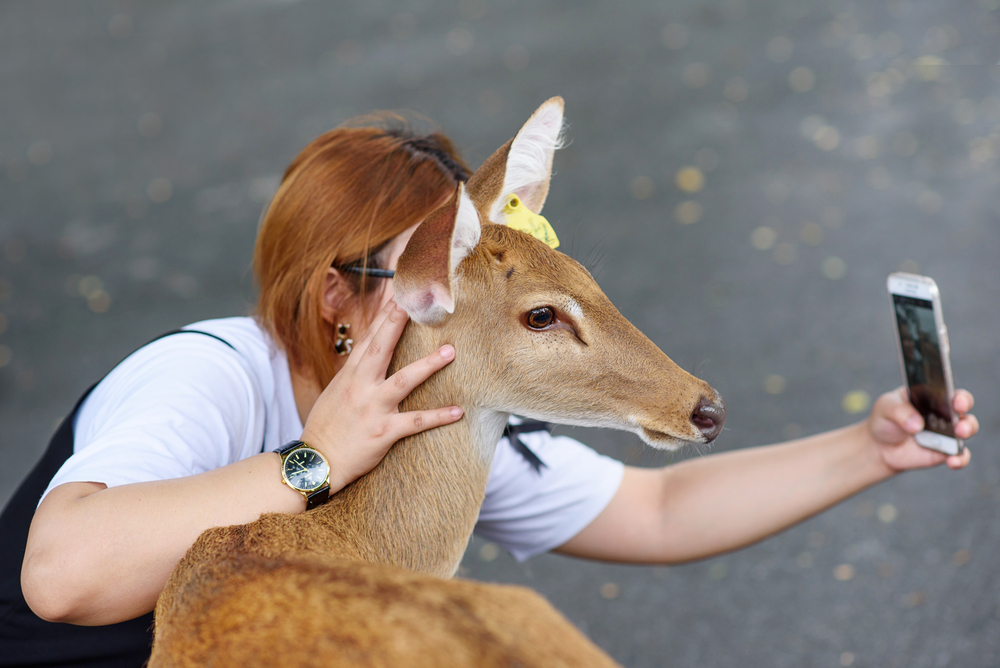 People visiting Costa Rica are still taking selfies with wildlife, ignoring the ban that has been in place for over 10 years. In an effort to better protect the animals, The Costa Rican Ministry of Environment and Energy has announced the #StopAnimalSelfies campaign to discourage people from taking these “cruel and inappropriate” photos.

The rise of social media is the main motivator for people to take these photos, but selfies with wild animals have the potential to be dangerous for both tourists and animals alike. The bothersome photo-ops can be stressful for the wildlife as they much prefer to remain untouched. Many people claim that it is good for the public to be able to see nature and animals up close, but “ecotourism” has a number of negative impacts on wildlife, and social media is making the way we interact with nature even worse and directly impacting endangered species.

Animal selfies are not the only way people exploit animals for social media. One woman locked her poor dog in a washing machine to try and get more followers on her account. More recently, this story of Youtuber Brooke Houts blew up on social media and got the LAPD involved. Houts, whose Youtube channel revolves mainly around her Doberman puppy, accidentally uploaded a video showing herself abusing the dog.

It is questionable to rely on your pet for Youtube views because they become tied to profit which leads to exploitation. Similarly, it is wrong to take selfies with wildlife who wish to be left alone just to post a cool photo on Instagram or Facebook.

Check out the Wildlife Selfie Code from World Animal Protection and support Costa Rica’s #StopAnimalSelfies campaign! You can also sign this petition calling for an end to wildlife selfies that put animals in danger!