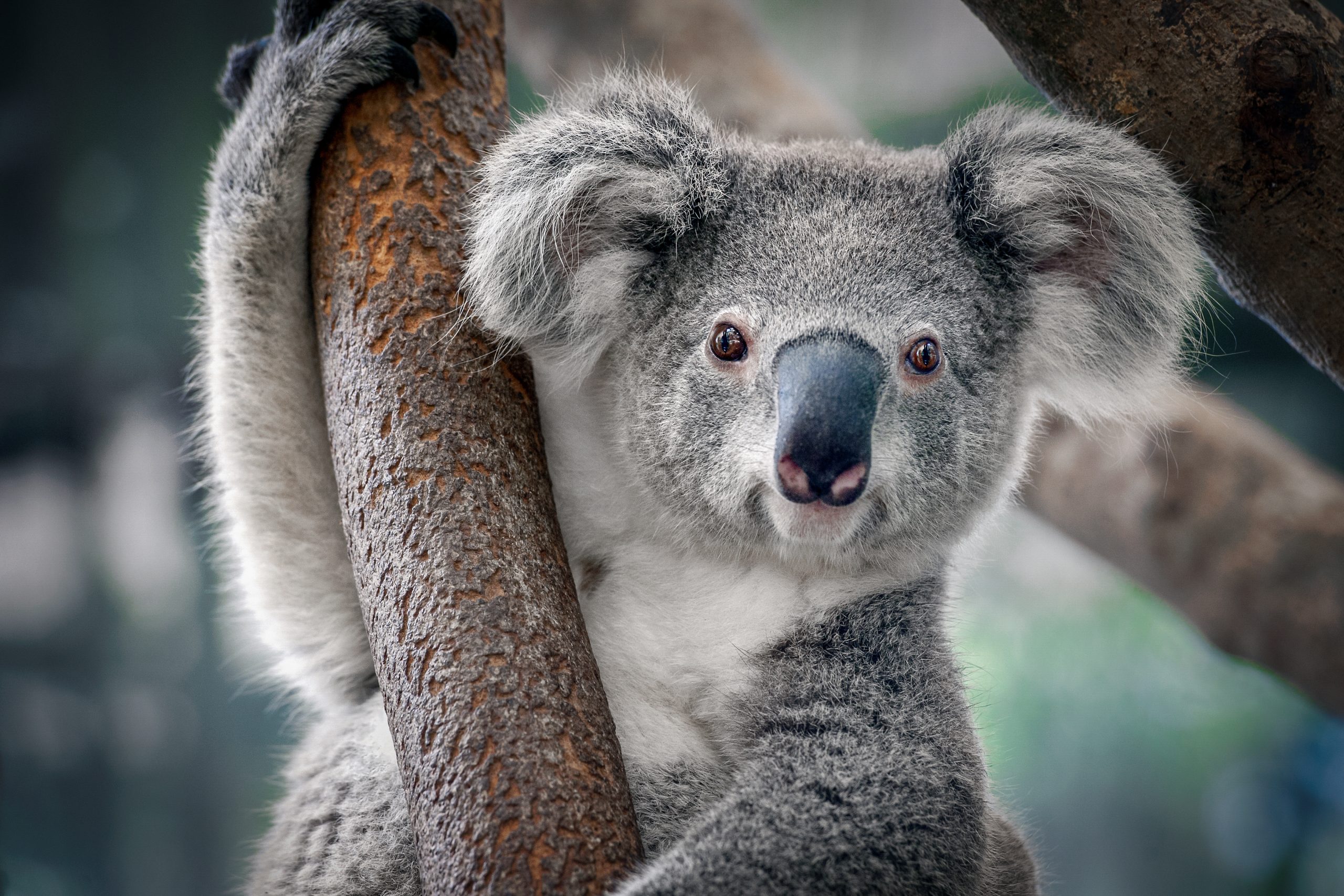 Koalas…They are cute, cuddly animals, that pretty much everyone associates with Australia. They are fondly referred to as “bears” even though they are in fact marsupials. They are amazing animals. The mothers even carry their young in little pouches for six months. Koalas live in Eastern Australia, where they rarely leave their homes in eucalyptus trees.

Unfortunately, back in April 2012, koalas were listed as a vulnerable species for several reasons, including climate change, urbanization, and dogs. Subsequently, some regional governments listed them as threatened, in an effort to help conservation. Koalas are threatened by an increase in temperatures, which leads them into peoples’ yards where there are pools and ponds to drink from. When they are unable to climb trees in the yards, they sometimes become victims of domesticated dog attacks. Massive loss of habitat due to urbanization is also an issue for koalas, as they only eat eucalyptus. When these trees are cleared, they lose their habitat as well.

Koalas have also been listed as one of the top 10 animals to be listed as endangered by climate change, as the eucalyptus remaining to the animals has lowered in nutritional value due to higher CO2 emissions in the atmosphere. They are difficult animals to monitor, as in different regions throughout Australia their numbers are not necessarily dropping. In the past twenty years, koala numbers have dropped by 40 percent in Queensland, but in Victoria and Southern Australia, koalas have actually seen such an increase in population that they have been eating themselves out of habitat.

A recent study by the University of Sydney brought more of these issues to light, and what really needs to be done to help the koalas. The study followed 40 koalas by satellite for three years in New South Wales to find out more about their habits. As this was the first study conducted that could contrast their day-time and night-time habits, it was important to learn that koalas require large, mature trees for protection, not just eucalyptus trees. The report discovered that koalas stay in these larger trees to protect themselves from extreme weather and fire.

In light of extreme weather patterns, deforestation, and other threats to koalas, these findings were important. Especially given that 2013 was Australia’s hottest year on record. In short, the study found that retaining habitat and feed wasn’t enough to conserve koalas; their needs were to be placed on retaining larger trees in their environments, especially in protected areas, to offset potential temperature rises. While koalas can only eat a very specific diet of eucalyptus leaves, they can shelter in larger trees native to Australia, such as Paddock. Meaning that as temperatures rise, eucalyptus won’t be the only trees needed by koalas.

One alarming, but potentially very important, aspect of the study highlighted how higher temperatures and extreme weather are risky to koala safety. One quarter of the koalas followed by the researchers were whipped out by the heatwave that came before Australia’s Black Saturday bush fires in 2009.

Before colonizers arrived in Australia, an estimated 10 million koalas lived on the continent. Today, however, this iconic Australian mammal numbers approximately 43, 000.

The Australian Koala Foundation calls for legislation from the Australian government to protect the habitat of these fuzzy friends, but there are things that everyone can do to help climate change and protect all creatures, not just koalas.

Want to help out? Read up on what you can do to prevent climate change! While there’s an enormous amount of work to be done, individuals can make a difference when it comes to environmental issues. To read more about the official status of koala, click here. You can even “like” the Australian Koala Foundation on Facebook or visit their website to find out how you can help.

Since it isn’t just changes in temperature that are harming these cuddly mammals, consider reading about deforestation and what you can do. The list of possibilities for engaging with the environment is endless.