The more we learn about animals, the more we’re able to understand — and hopefully, appreciate — how truly amazing they are. Animals have the ability to impact our lives in an incredible way, whether it’s the moving experience of observing an animal in their natural habitat or being comforted by your favorite companion on a bad day. And even when they have endured the unthinkable, the resilience of these forgiving, sentient beings shines through.

Photos of recently rescued animals show more than matted, dirty coats or emaciated bodies in need of a nourishing meal. If you look into their eyes, you often see the broken spirit of an animal who has been failed by those who were supposed to protect them. But behind the broken spirit you will also see hope, and it’ s because of rescuers and those who fight to protect animals that these beautiful souls are able to be rescued and begin the process of physical and emotional healing. Seeing the “after” photos of these rescued animals brings a renewed sense of hope that we can indeed make a difference, one animal at a time.

Raju suffered from unimaginable abuse during his 50 years of captivity as a begging elephant. He was worn and scarred from chains and shackles around his legs — and from the use of bullhooks, a barbaric device used to beat, and “train” captive elephants. But this sad elephant’s misery came to an end when the successful fight to rescue him ended with him being placed in the care of Wildlife SOS. This gentle, intelligent soul is now happy and free.

This sweet girl was rescued from a horrific living situation by Animal Rescue Corps, an organization who often rescued animals from puppy mills and other situations of severe neglect and cruelty. This once terrified pup went from living in a tiny, dirty cage to being loved, and feeling the grass under her feet. The look of happiness on her sweet face says it all. 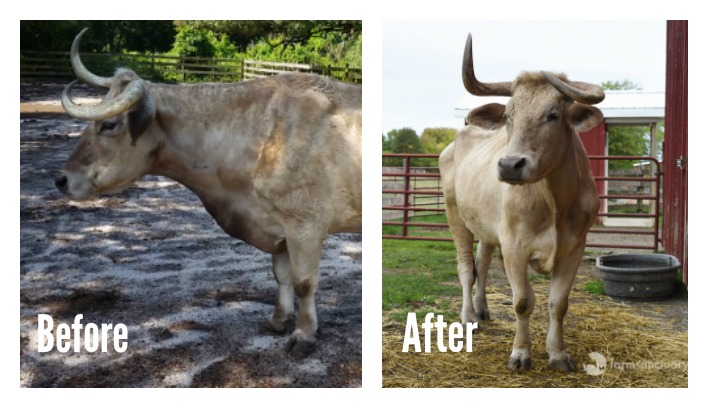 Isaac was living at a “sanctuary” in Florida until PETA performed an investigation and discovered the facility had been taking in too many animals, resulting in many of them suffering from neglect. Like many of the animals, Isaac was in terrible shape. He was severely underweight and needed to be rescued right away. He was taken in by Farm Sanctuary, where he is finally getting the care he needs and enjoying his new life surrounded by caring staff and volunteers. 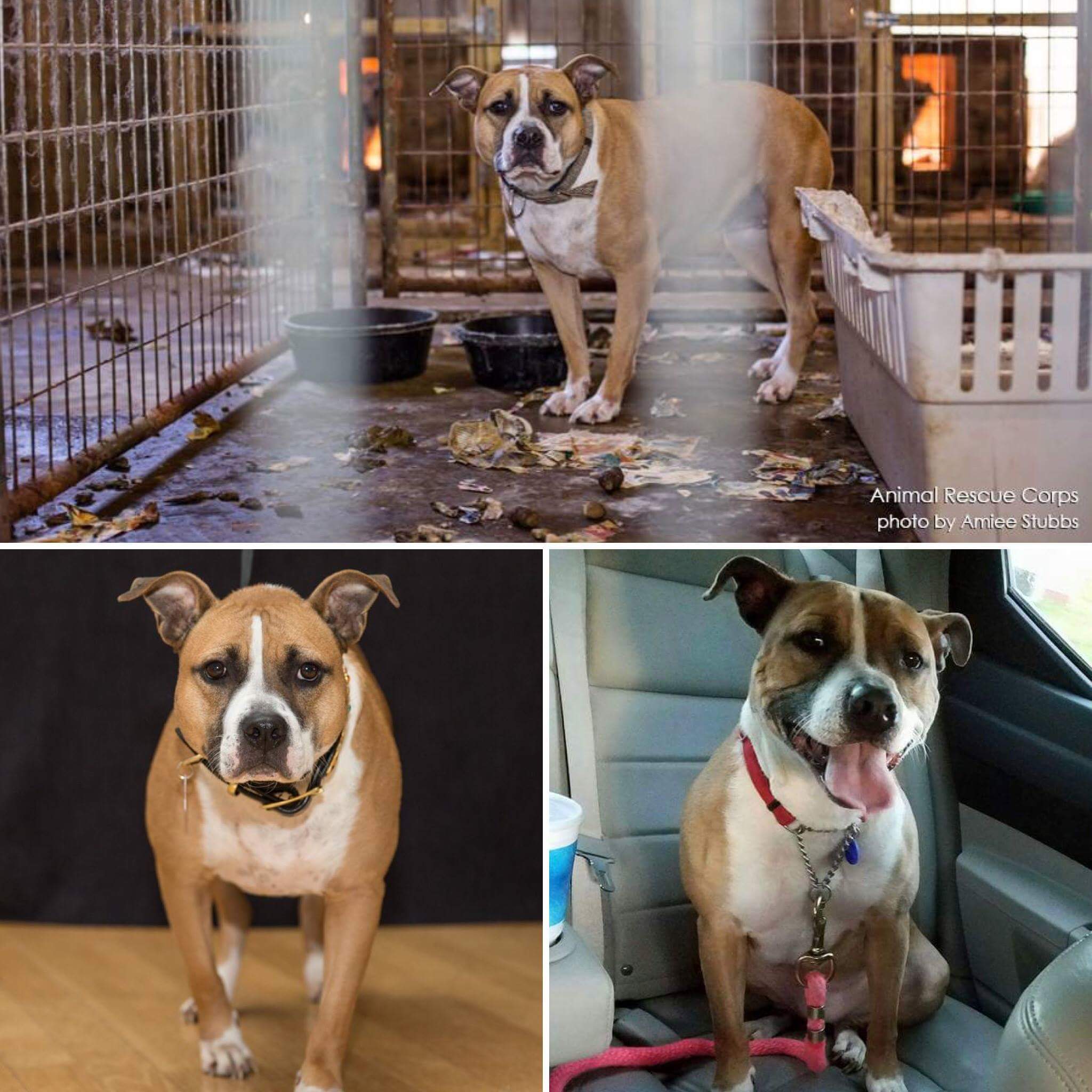 We know puppy mills are horrible places, and this poor girl was suffering in one of these profit-driven breeding facilities before being rescued by Animal Rescue Corps. Her rescue photo shows a sad and scared dog, probably unsure of what was going to happen to her next, but now she’s smiling and enjoying a life full of car rides and other amazing adventures. 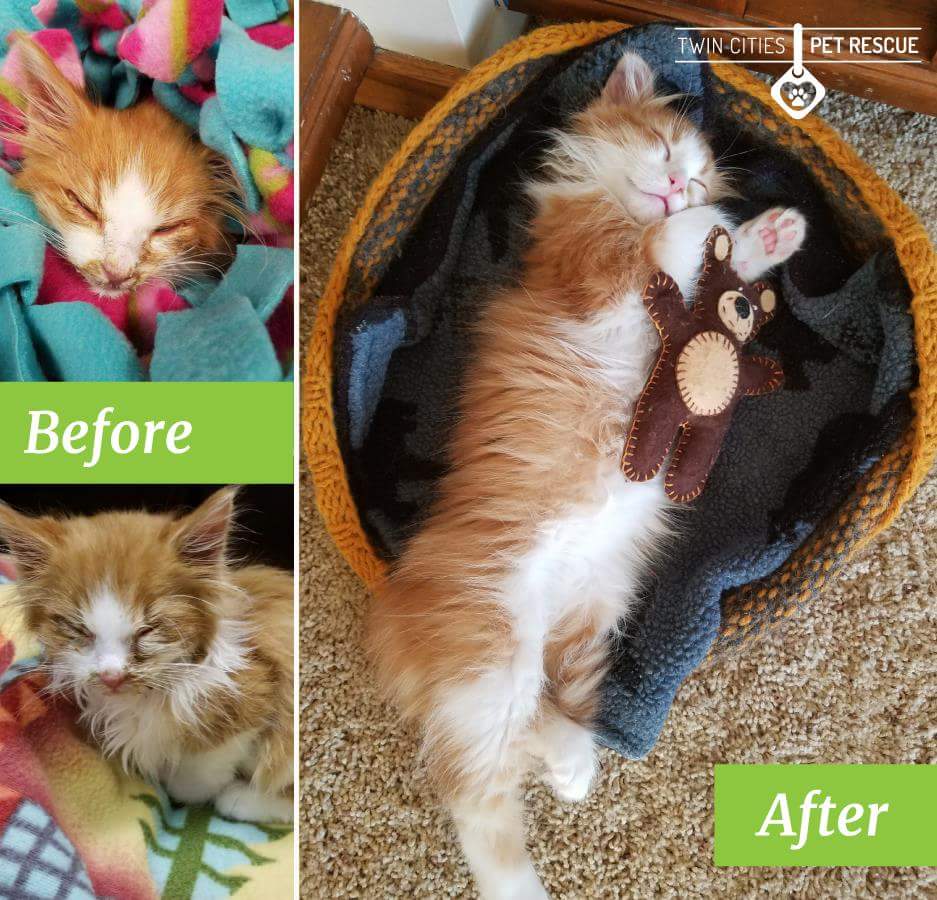 This tiny kitten was a stray, unlikely to survive too long in a big and dangerous world on the streets. Luckily, a kind-hearted person found him and brought him to a local animal control facility, where he was then taken in by Twin Cities Pet Rescue. Little Phillip was sick, cold and alone — but now he’s in a home, enjoying naps in a warm bed with his teddy bear. 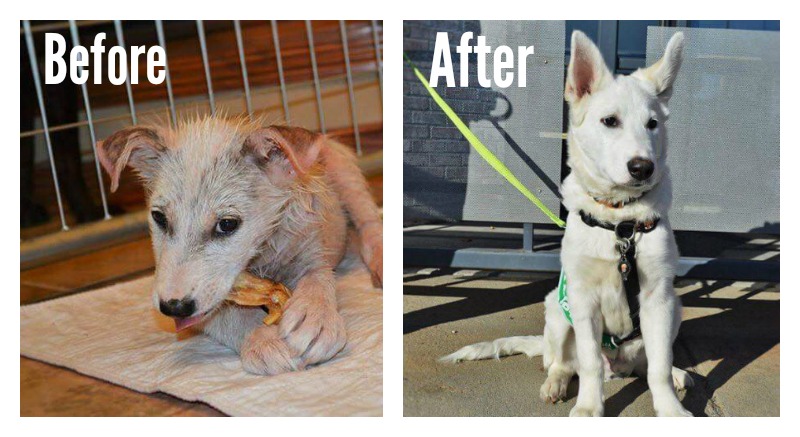 Casper was a stray puppy living on a Native American reservation in South Dakota. Thanks to a rescue effort shared by community members and the amazing people at LightShine Canine: A Rez Dog Rescue, he was saved. Now he’s a strong and confident dog with a family of his own to love him forever. 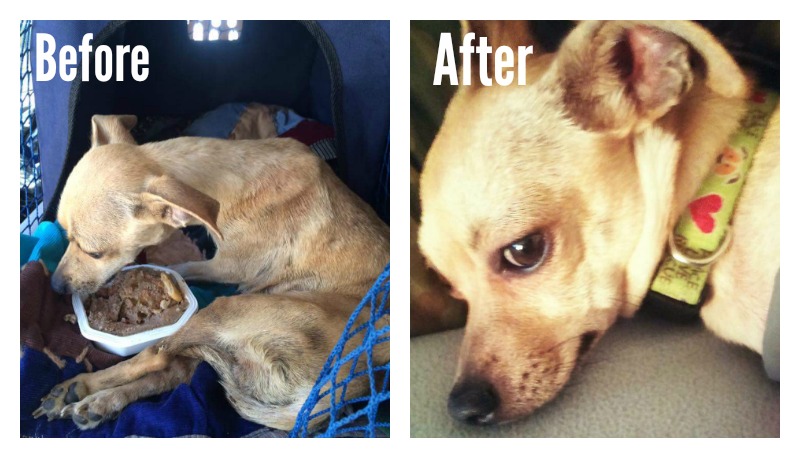 This sweet girl is proof that miracles do happen. When Clementine was rescued, she was dirty, underweight and unable to use her back legs. LightShine Canine: A Rez Dog Rescue helped rescue this petite pup and transferred her to a foster home with one of their rescue partners. And what happened next is nothing short of amazing. After much-needed care to get her healthy, Clementine is not only walking, but running and playing with toys. A true happy ending for all.

Animals don’t have a voice, so we must use ours to help them. You don’t have to be part of a huge rescue effort or organization to make a difference. The rescue of many of these animals happened because one person decided to speak of for an animal in need. You can help save animals by donating to your favorite organization, opening your home up to foster animals in need, or by adopting your next furry family member.