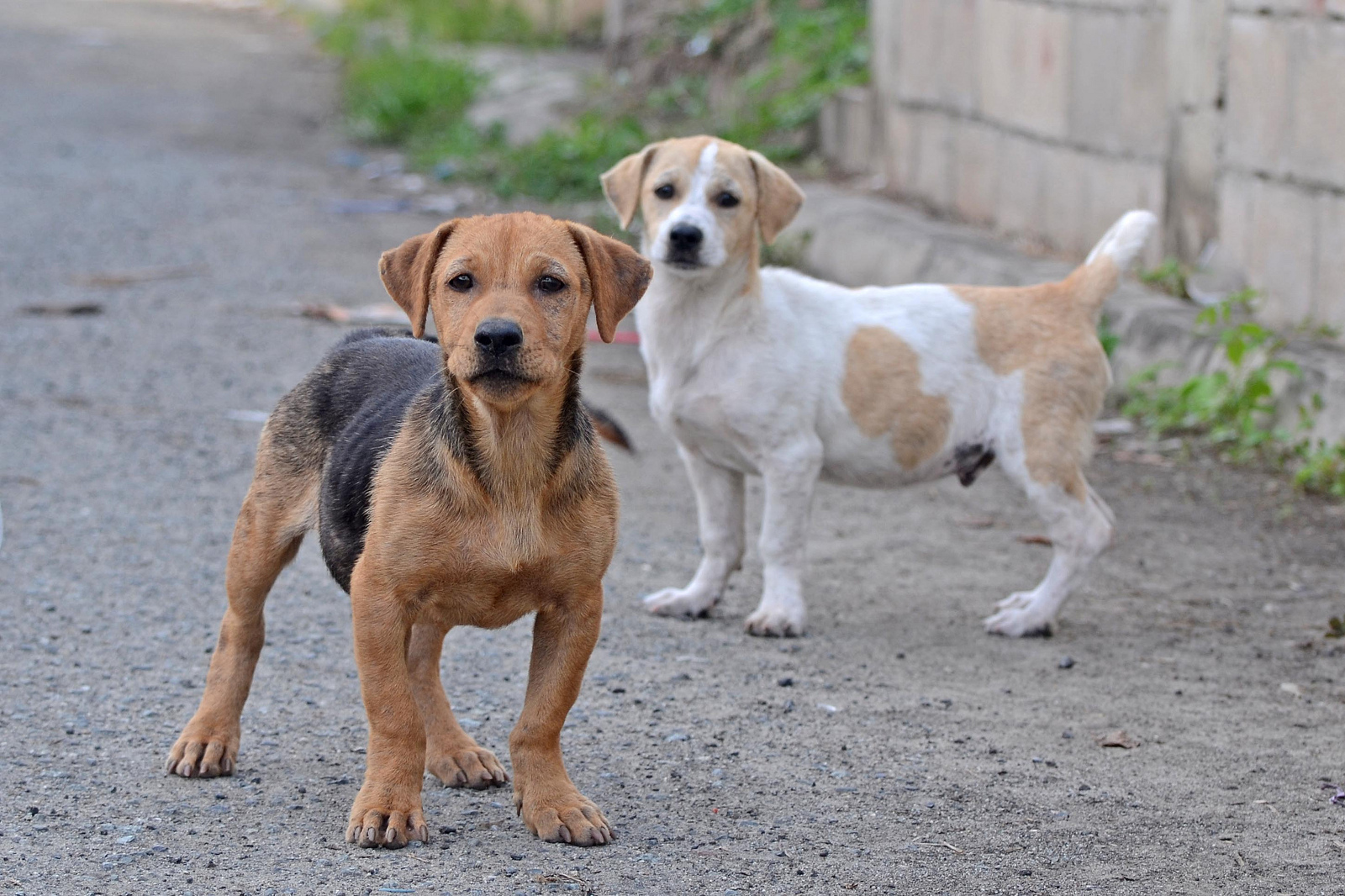 Street dogs have it rough. Most have never known the touch of a loving hand or the comfort of a warm bed. They struggle merely to survive, facing disease, starvation, cars and countless other perils. It’s a sad, stressful, short life for most such dogs, and there are thousands of them across the globe, in countless cities and towns.

Luckily, dog lovers are a global phenomenon, and there are people working tirelessly to help this often forgotten segment of animals in need. From Russia to Romania to Thailand, rescuers care for dogs left to die on city streets, providing food, medical attention and, for many, the first kindness they’ve seen from humans.

This U.K.-based organization fights a lot of battles on behalf of dogs, not the least of which are the street dogs of Romania. The nation’s homeless pups — five thousand of them, some estimate — face horrific conditions and often, violent deaths, sometimes at human hands. While a small number of the dogs K-9 Angels works to help are re-homed, primarily the organization works to implement spay and neuter campaigns, feed the dogs living on the streets, take care of any medical issues, work to improve the conditions of local shelters and make life easier for homeless canines throughout Romania.

Founded in 2001 after co-founder Christi Payne witnessed the horrific conditions of street dogs in Mexico: starving, disease-ridden, terrified, packed into filthy shelters as dead dogs decomposed amongst them; the group believes that compassion knows no borders. Run by veterinarians and animal advocates, they have programs including dog rescue, free veterinary wellness clinics, humane euthanasia and veterinary training. They primarily work to alleviate the widespread suffering of Mexico’s street dogs, but also help some underserved U.S. communities as well.

This non-profit rescue is devoted to helping the animals of Indonesia, including running 24/7 emergency services to assist those in need. They work with local villages through a community education program, and help spread the message of compassion far and wide. They also run daily street feeding programs and vaccinations, sterilization, rehabilitation, foster programs, adoptions and education, all designed to create a better world for the street animals of Bali. And they’re eager for volunteers!

This outstanding group is dedicated to helping the homeless, neglected and abused dogs (and cats) of Thailand. They do this in a whole host of ways, but have a specific focus on sterilization as the most effective way to humanely reduce the number of animals in need. As of January 2014, they’ve sterilized over 60,203 dogs and cats. The organization also helps to rescue dogs from the horrific meat trade or from being made into leather, treat medical emergencies and other issues, feed animals in need and improve the quality of life in general for the region’s homeless and helpless pets.

After witnessing the suffering of street dogs in South America, Courtney Dillard and Matt Webber became determined to return to Huanchaco, Peru to help these animals in any way they could. So, in 2009, The Perros Project was born. The duo and their team have held spay/neuter clinics, engaged in community outreach, improved the local animal shelter and engaged in multiple trips to help better the lives of the area’s homeless dogs.

This shelter and hospital is a haven for India’s ownerless animals, offering care, healing and love. They treat approximately 200 animals per day in a lush, rural setting. Street animals are then returned back to their area of origin, all patched up, and others stay in their sanctuary. From saving dogs near death to rescuing puppies from wells to pulling cows out of ditches, they do it all. Vaccination brigades in the community, too. Co-founder Erika Abrams even wrote about her experience running the rescue for One Green Planet.

The street dogs of Bulgaria face many dangers, from being kicked, beaten or shot to freezing to death or starving. They’re often considered nothing more than vermin. But Rudozem is on their side. Since 2007, Diane and Tony Rowles and their four children have been rescuing pups from the streets, re-homing them or allowing them to live out their lives in peace on their property.