The aim of factory farms is to produce as much product as possible to meet demand. This means that farm animals rarely, if ever, receive any kind of welfare considerations.

Indeed, the majority of animal cruelty laws in U.S. states leave farm animals out of the conversation as most of the abuse and confinement – from debeaking to battery cages — is justified as “industry standard,” when in fact these “standards” are some of the cruelest acts and conditions imaginable.

While all industrially farmed animals live in perpetual suffering, chickens in the egg industry are considered the worst off of them all.

According to the Humane Society of the United States, “American egg factory farms cram more than 90 percent of the country’s 280 million egg-laying hens into barren cages so small the birds can’t even spread their wings. Each bird has less space than a sheet of paper on which to spend her entire life. Virtually unable to move, they can’t do many things that are important for their wellbeing, like perch, nest, or dust bathe.”

Animal Place sanctuary in Grass Valley, Calif., saw these types of conditions firsthand on an abandoned factory farm in Turlock, Calif., back in February 2012 when they participated in California’s largest farm animal rescue in history along with Harvest Home Animal Sanctuary and other agencies and volunteers.

Initially, when Animal Place arrived at the facility, which housed 50,000 birds that a farmer had left to die without food and water, they were “greeted by state officials” who denied them “access to the sheds,” as Marji Beach, education director at Animal Place, tells OGP.

“When it became evident we weren’t leaving, county officials hired security guards to deter us from pursuing direct rescue. After hours of watching live birds being gassed, there came a point we would risk arrest to pull at least one live bird from those sheds,” says Beach.

However, after a social media campaign, news attention, and meetings with Animal Place executive director Kim Strula, Stanislaus County Animal Control finally caved and allowed the sanctuary and others to take the birds deemed healthiest for rescue.

During the 48-hour rescue that lasted from February 23 to 24, around 30 volunteers arrived to help including “sanctuaries, animal control agencies, humane societies, and SPCA’s,” Beach tells us.

Out of the 4,500 hens rescued, 4,100 were transported and cared for at Animal Place. Unfortunately, not every hen could be saved with 20,000 starving to death before the rescue operation and more than 25,000 gassed in trash bins by animal control officials.

Animal Place staff worked almost full days and nights after the rescue to nurture these badly damaged hens back to life. Since many of them were already in such poor conditions health-wise, Beach tells us that several hundred were not able to pull through despite all of Animal Place’s vigilant care.

“The majority of the hens weighed in at 1-2 pounds, having lost nearly 60 percent of their body mass,” says Beach.

Once strong enough to walk without collapsing, Animal Place allowed the hens to step outside for the very first time in their lives. Beach recalls the scene as “pure joy.”

“Hens who had only known wire floor would high-step across dirt and grass for the first time, savoring the new sensations. Hens would flop down dramatically, stretching out wings to soak up the sun’s warmth. Some would flap their wings and race across their enclosure. One hen would start dust-bathing and others would rush over to join,” says Beach.

Eventually, most hens were adopted through Animal Place’s adoption programs and others, including Sacramento SPCA’s, Marin Humane Society’s, and Sonoma Humane Society’s. Around 40 hens from Turlock remain at Animal Place “as ambassadors for hens on other egg farms,” reports Beach.

Animal Place’s stellar efforts from this rescue were captured in a documentary called “Turlock,” by filmmaker Keegan Kuhn, which will soon be re-released as an extended version and has already premiered recently in its new form in California.

Kuhn and the sanctuary are inviting all interested to host a screening of “Turlock” in their community, whether it be as a house party or larger community event, with the main aim of getting as many people as possible to watch it so that more will understand the cruelty and exploitation that is so prevalent in the egg industry.

Running about 50 minutes long, the documentary provides an engaging account of the Turlock rescue including what happened before, during, and after the event.

As Beach says, “Storytelling is part of human nature. Sharing our experiences can transform another’s outlook and behavior. Turlock is an incredible story of good people triumphing over cruelty and indifference … By making compassionate choices, all of us have the ability to make a difference.”

Check out some photos of the Turlock rescue below, courtesy of Animal Place, and be sure to find out how you can help the sanctuary with their upcoming 1,800-hen adoption event here. 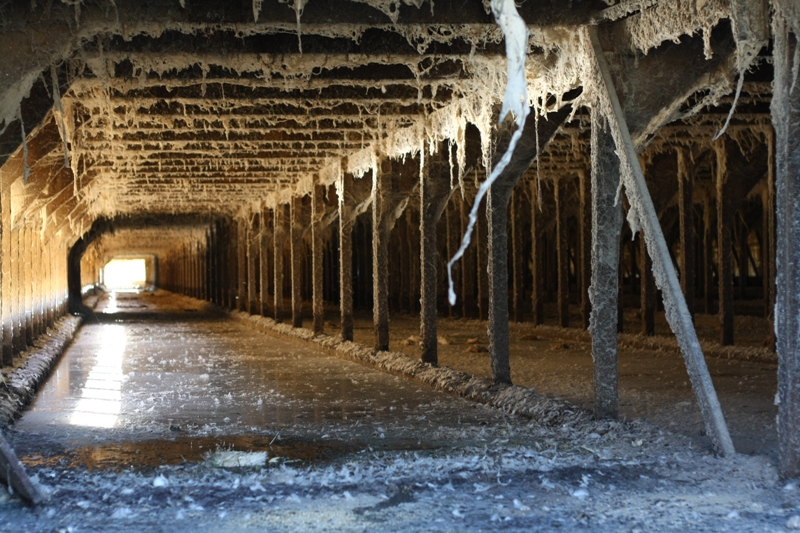 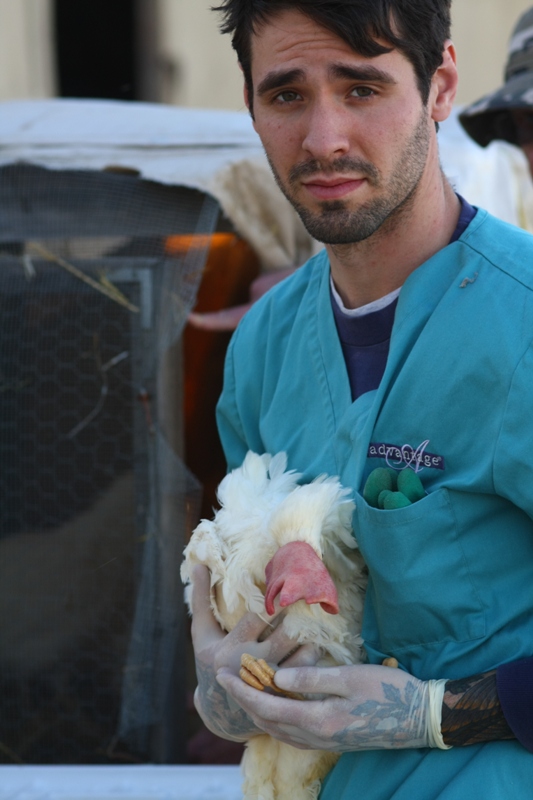 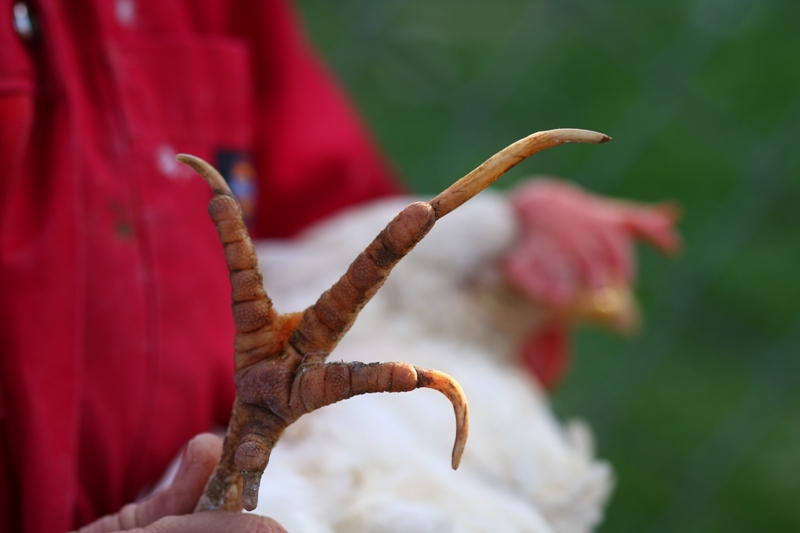 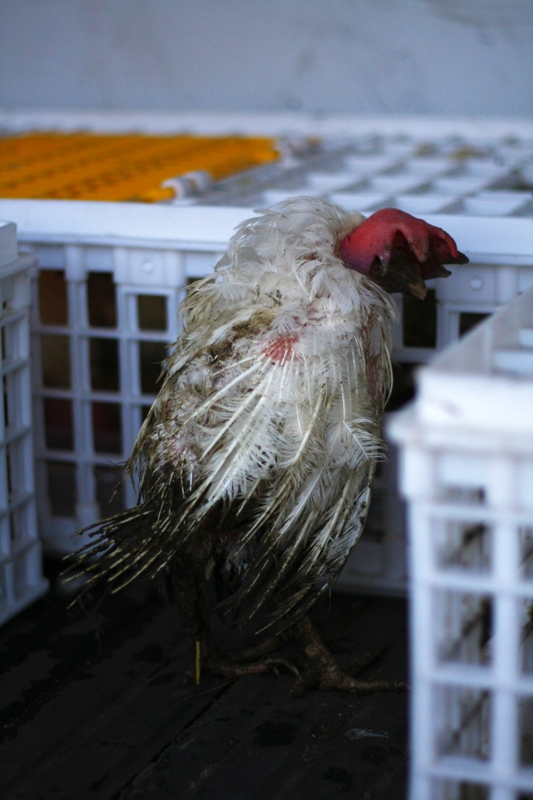 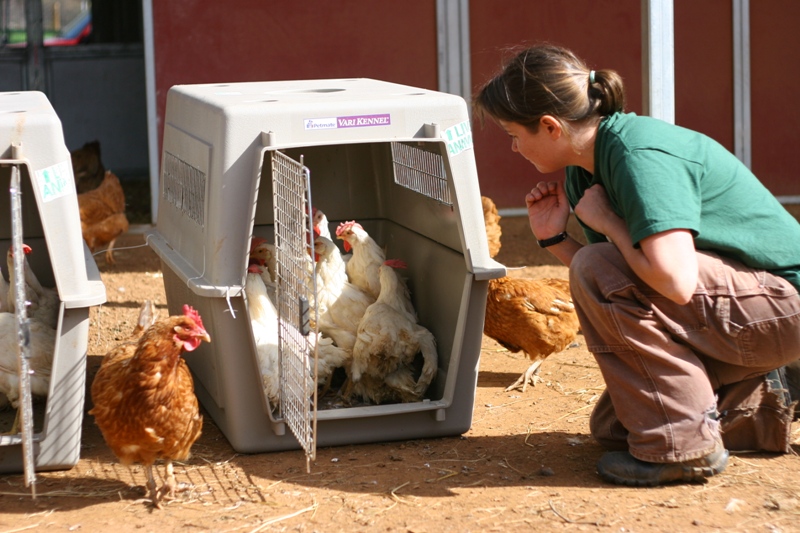 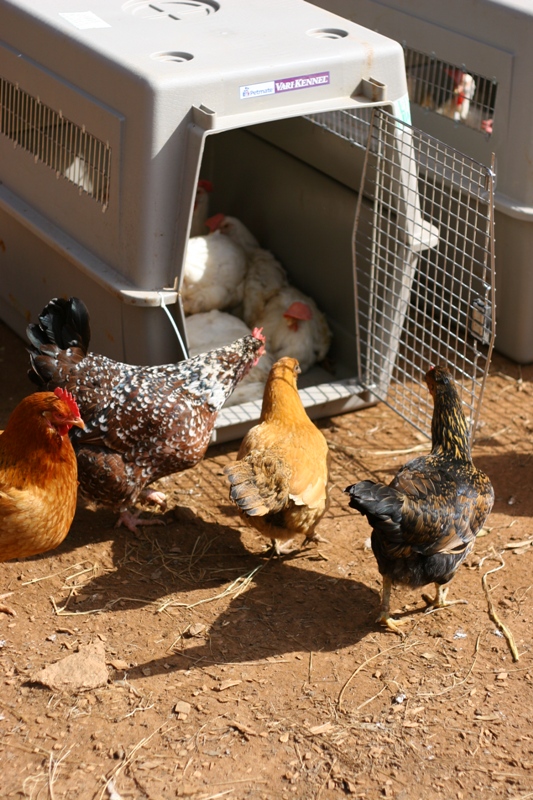 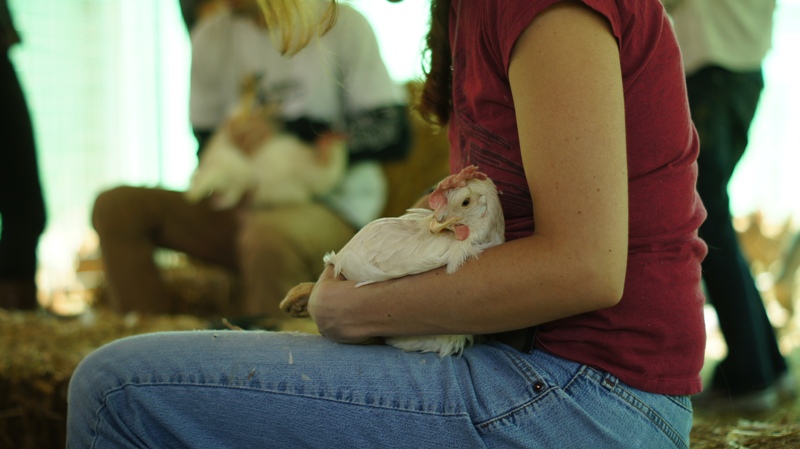 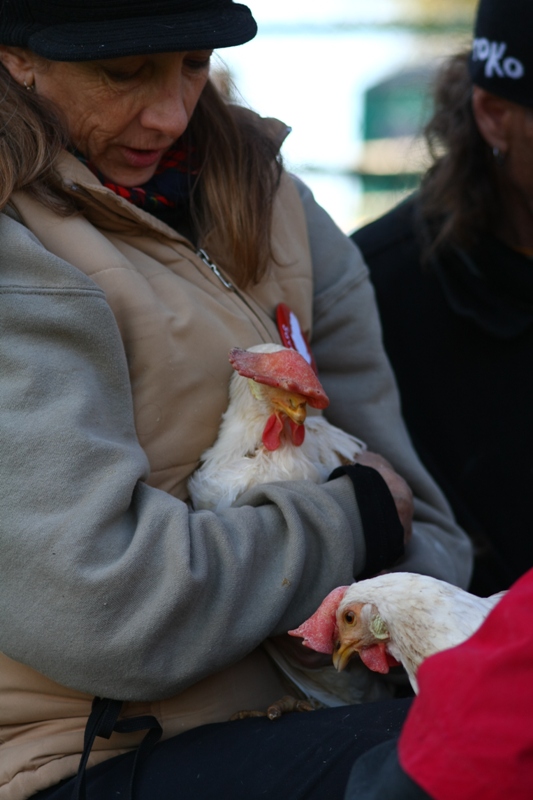 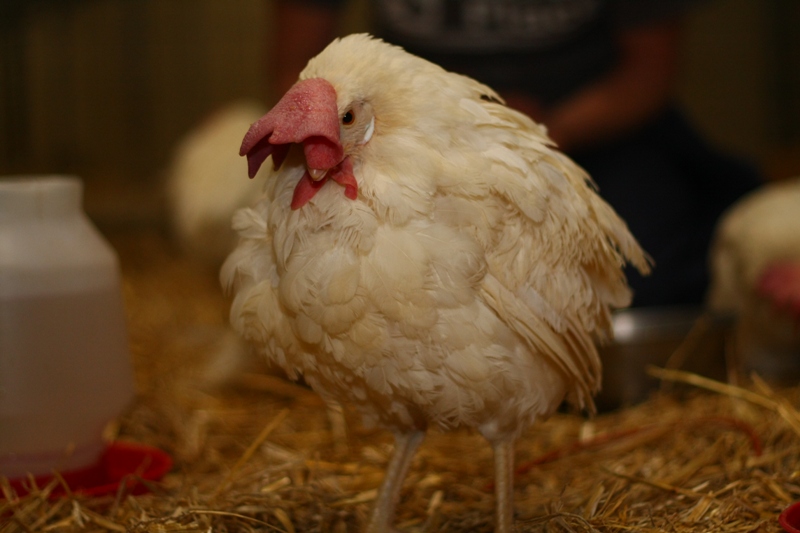 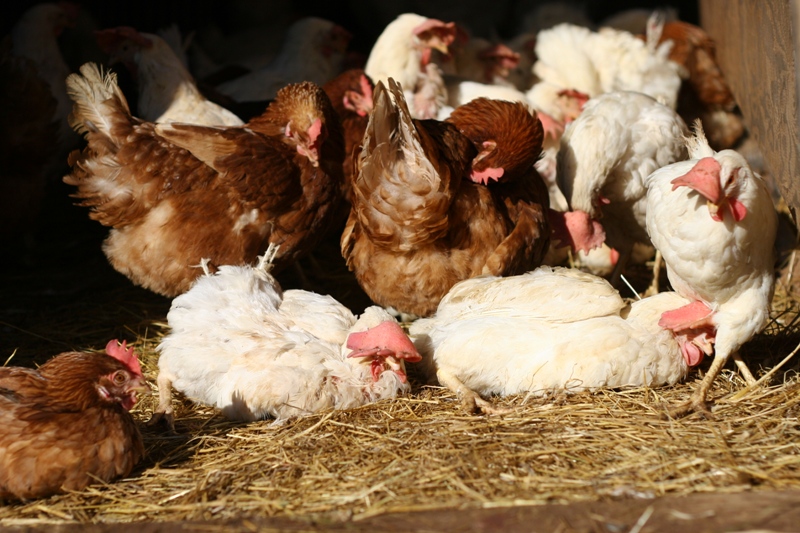 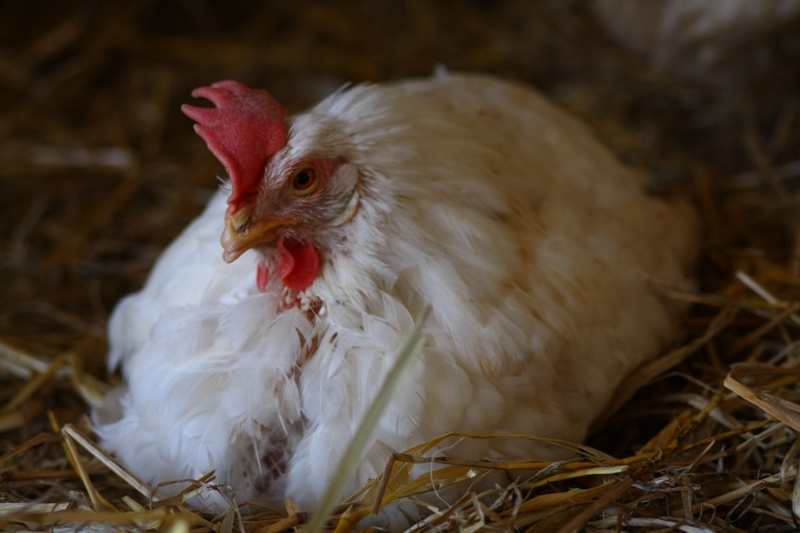 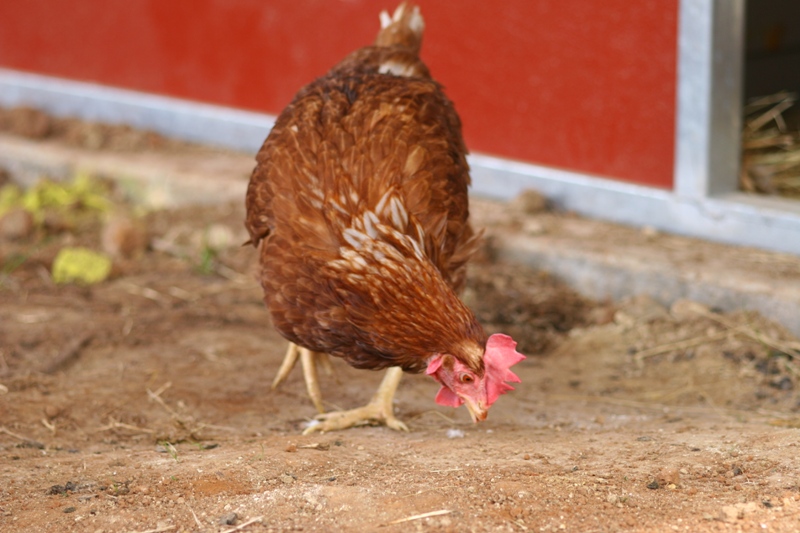 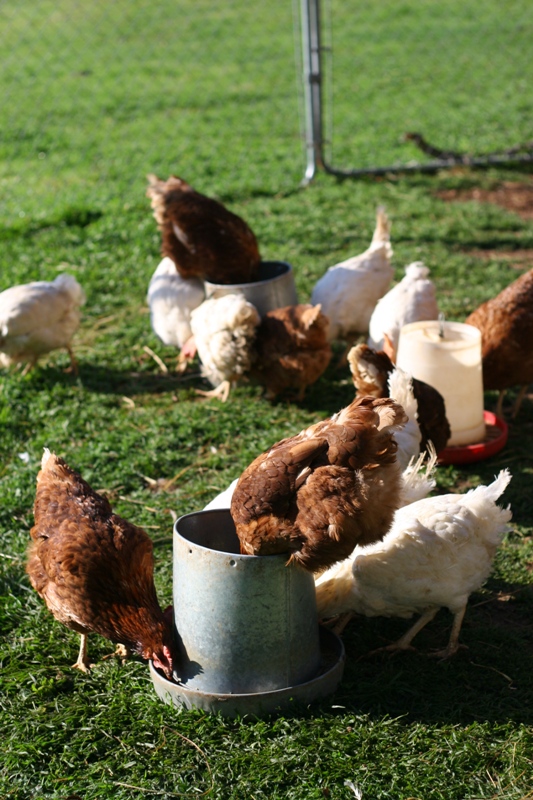 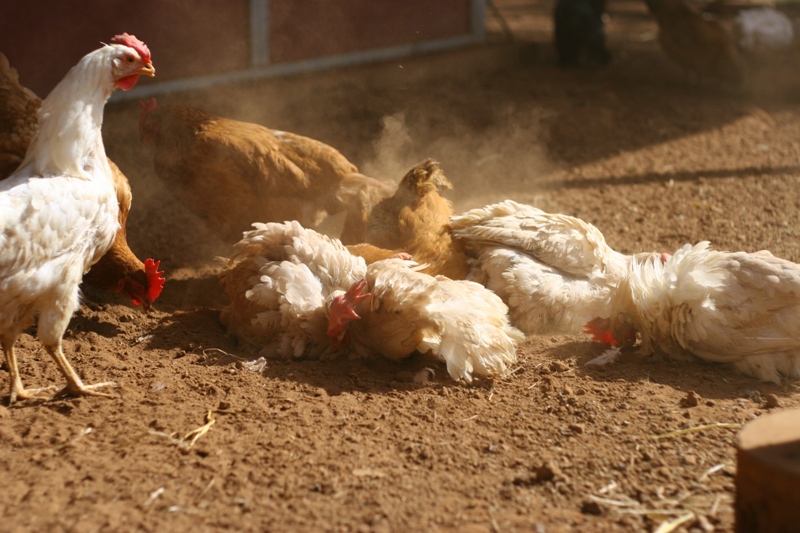 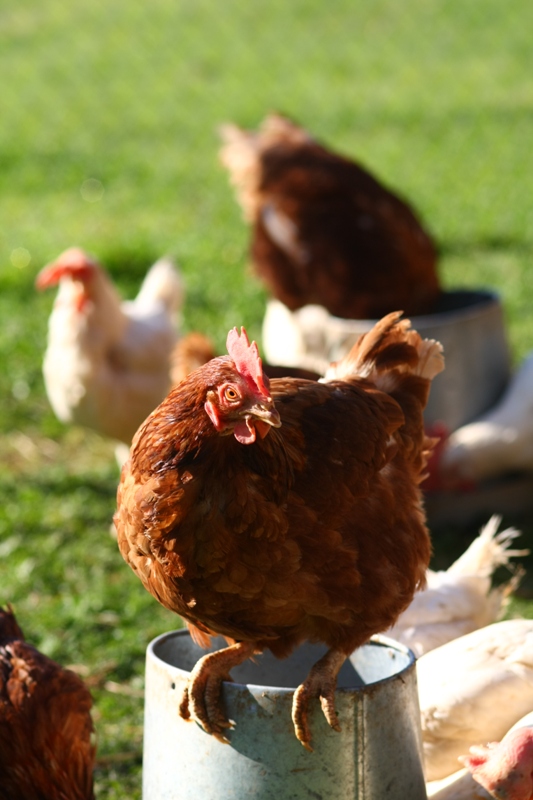 To find out how to host a screening of “Turlock” in your community, please click here.