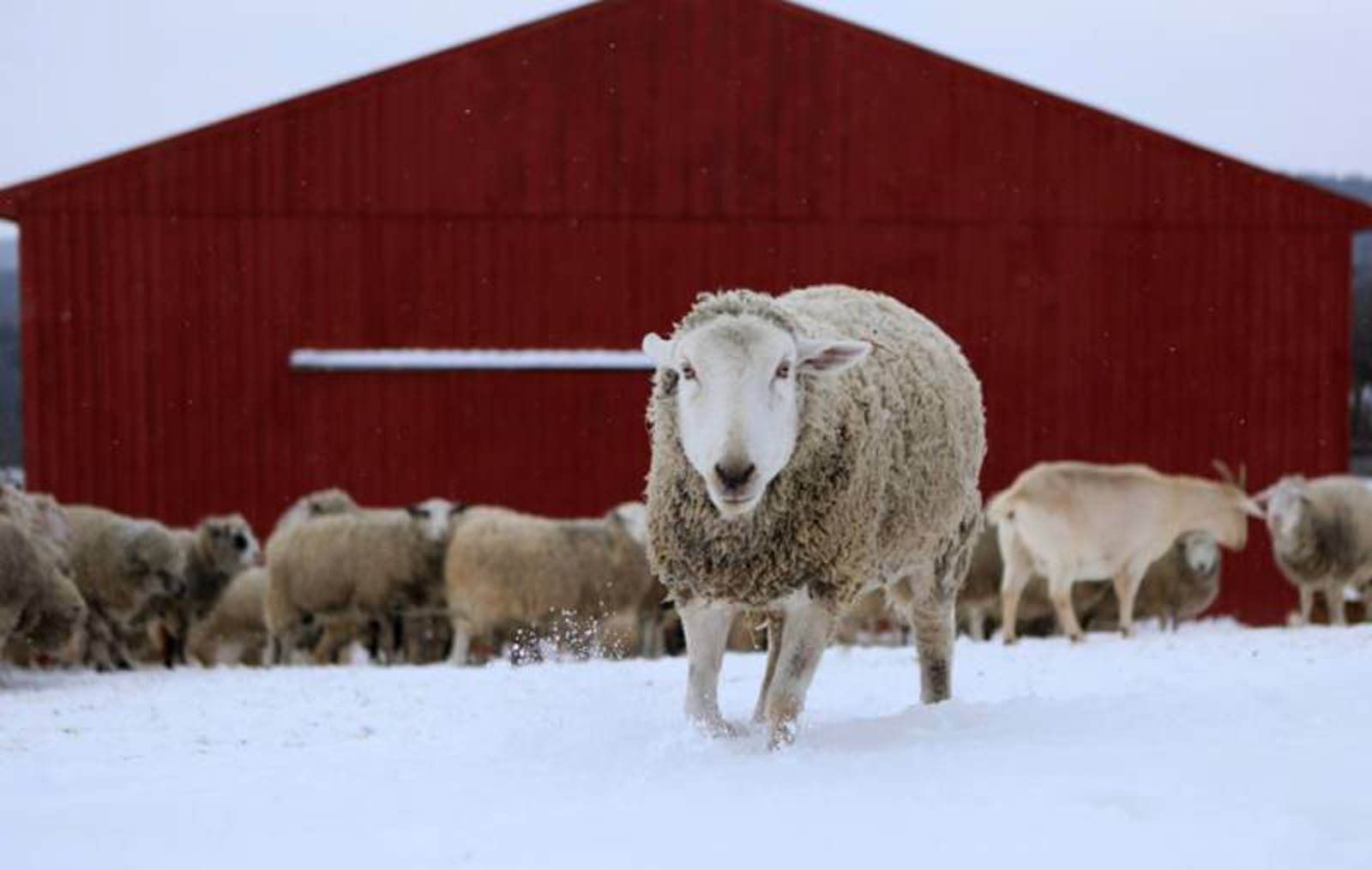 This winter has been something else — marked by frigid temperatures, snow fall after snow fall, and ice. Lots of ice. In many states, it has been far too cold to even be outdoors without the threat of frostbite as temperatures reached record lows. In January, Detroit, Mich., got stunned with −14 °F, Green Bay, Wis., was slapped with −18 °F, and Babbitt, Minn., took the lead as the coldest place in the country with −37 °F. Ouch.

As we head into mid-February, this wretched weather is still not calling it quits, and it’s driving many people crazy with cabin fever. All we want is just some relief, some sun, and some temperatures above 20°F. Is that too much to ask? Dear Spring, will you ever come?

While a good number of U.S. residents will still need to trek through snow and de-ice their car windows for just a bit longer, perhaps we might learn to appreciate winter again if we saw it through some fresh eyes, and what better way to do so than with some adorable photos of rescued farm animals having a good time in the white outdoors?

Indeed, the following 16 photos – taken at farm sanctuaries across the U.S. – make the winter weather we’ve come to hate actually look beautiful. They are sentient beings enjoying their freedom and the snow — what could be better than that?