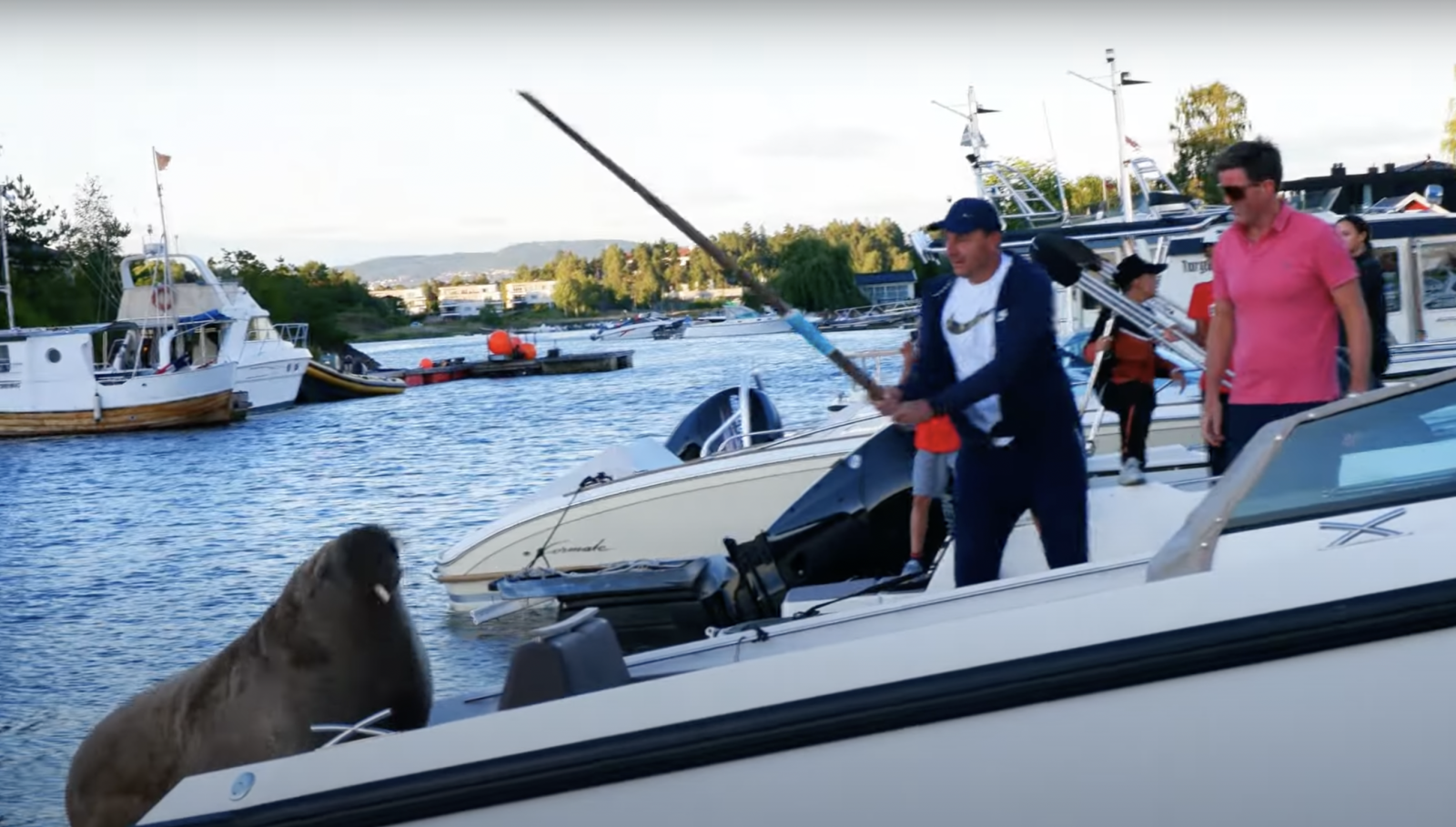 A 1,300-pound walrus named Freya has captured hearts in Norway, and she has become somewhat of a tourist attraction in the city. However, Norway is warning that Freya could be put down unless the public steers clear. Crowds that are coming to see the giant walrus are damaging the mammal’s health so much that the country’s Directorate of Fisheries said euthanasia is now an option.

The public has been gathering within feet of Freya to take pictures, throw objects at her, and even swim near the animal who has been hanging around Oslo. Nadia Jdaini, a senior communications adviser at the Directorate of Fisheries, said,

“The animal’s welfare is clearly weakened. The walrus is not getting enough rest and the professionals we are in dialogue with believe she is stressed.”

“We are now investigating further measures, where euthanasia could be a real alternative,” she added.

The public has been teasing poor Freya, and it needs to end. A boat owner was even seen poking for Freya with a boat oar to get her off of his boat. During the video, the man even seems to be enjoying taunting the poor animal that is in the water that she calls home.

Another boat owner was recorded beating the poor animal with a long stick. She does not deserve this!

Walruses are protected in Norway, and previously, the Directorate of Fisheries said that euthanasia was out of the question, so what’s the change? We hope that this is just a scare tactic to get the public to realize the safety concern. There is no reason that authorities could not handle the public and monitor the situation instead of euthanizing an innocent animal.