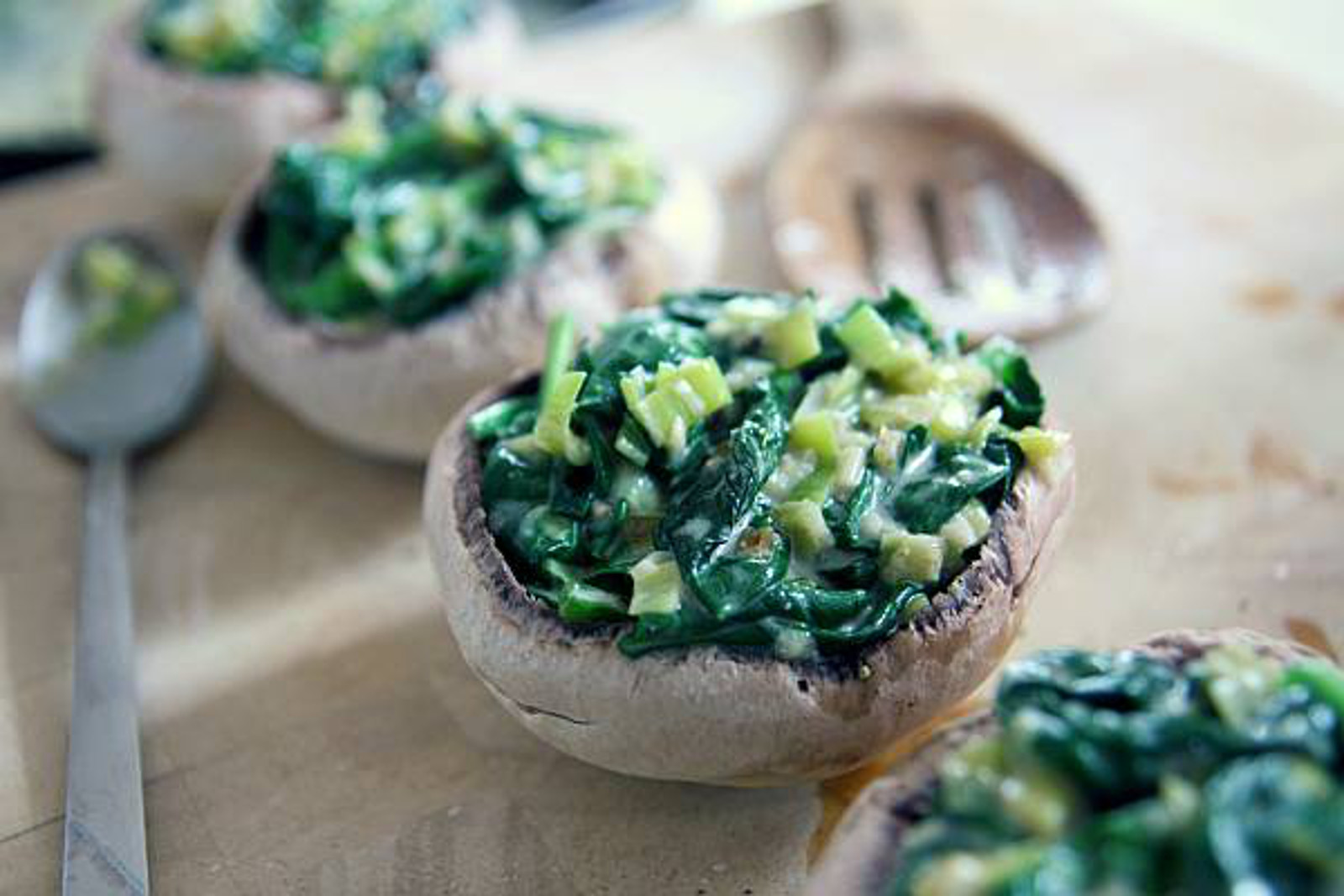 Let me tell you why I’m not shy about calling these the ‘Ultimate Vegan Stuffed Mushrooms.' Not one for making big claims about stumbled upon creations that are born out of what I simply have in the fridge, this recipe was the fluke to end all flukes when it comes to vegan stuffed mushrooms. It’s not just that they’re tasty, work well at every mealtime, or are stupidly easy to make. It’s the fact they put every other vegan stuffed mushroom I have tasted to shame...and I’ve eaten my fair share of vegan stuffed mushrooms. There are several secret weapons when it comes to achieving such stuffed mushroom greatness and eliminating even one of them will sacrifice an essential layer of deliciousness and may even render them simply good instead of Uh.ma.zing. The nutmeg and cayenne pepper are musts – omit at your peril and against my advice….I can be quite bossy when I want to be. The coconut milk could be replaced with soy cream but it would be a less healthy choice. At a push the leek might be swapped with half a very finely chopped onion but in all honesty, the earthy flavor the leek lends to the dish would be sorely missed. I also insist on the double dose of garlic – fresh and pureed…it’s an absolute must! Oh, and the nutritional yeast is crucial in achieving that perfect vegan stuffed mushroom crust.

Total Calories: 262 | Total Carbs: 42 g | Total Fat: 3 g | Total Protein: 19 g | Total Sodium: 155 g | Total Sugar: 11 g Note: The information shown is based on available ingredients and preparation. It should not be considered a substitute for a professional nutritionist’s advice.

Aine Carlin is a blogger, actress, wife and proud vegan. Originally from Derry, Northern Ireland, she currently resides in Penzance, Cornwall where she does the odd bit of acting, a whole lotta cooking and a fair amount of eating. Her other passions include photography, writing, playing her uke and all things retro. Follow her ever-evolving vegan journey and delicious cruelty-free eats, which are regularly chronicled on her beloved blog Pea Soup Eats.