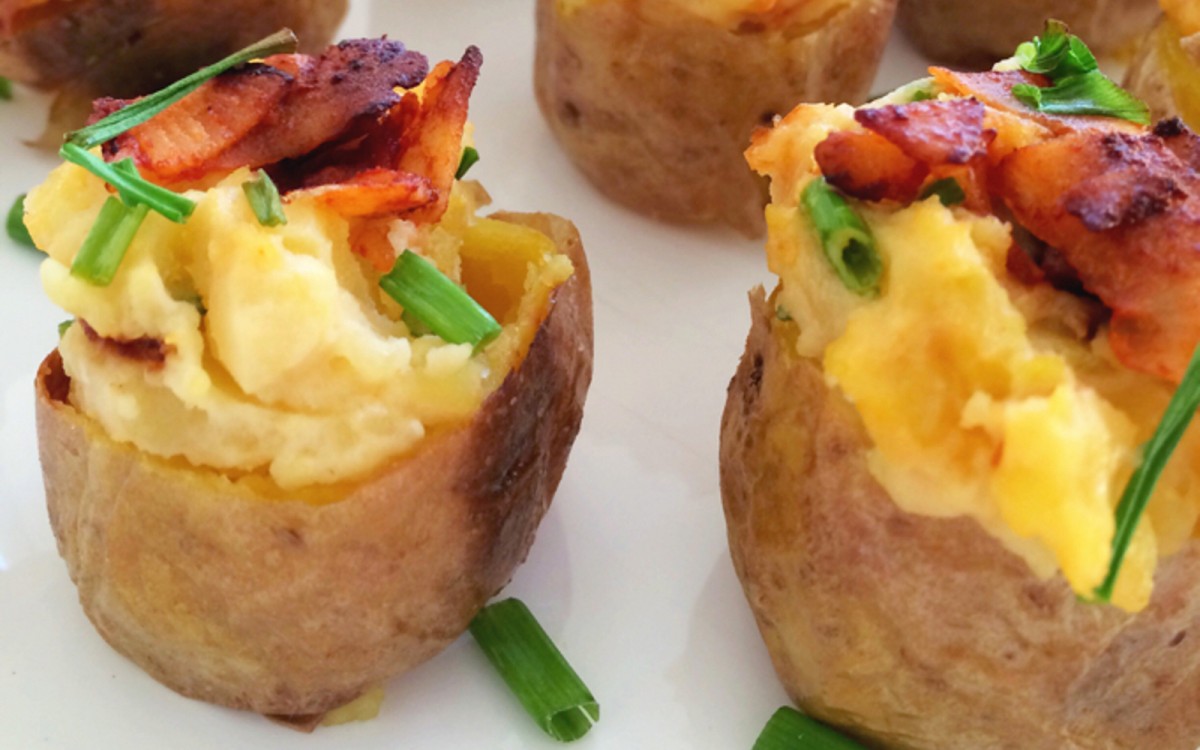 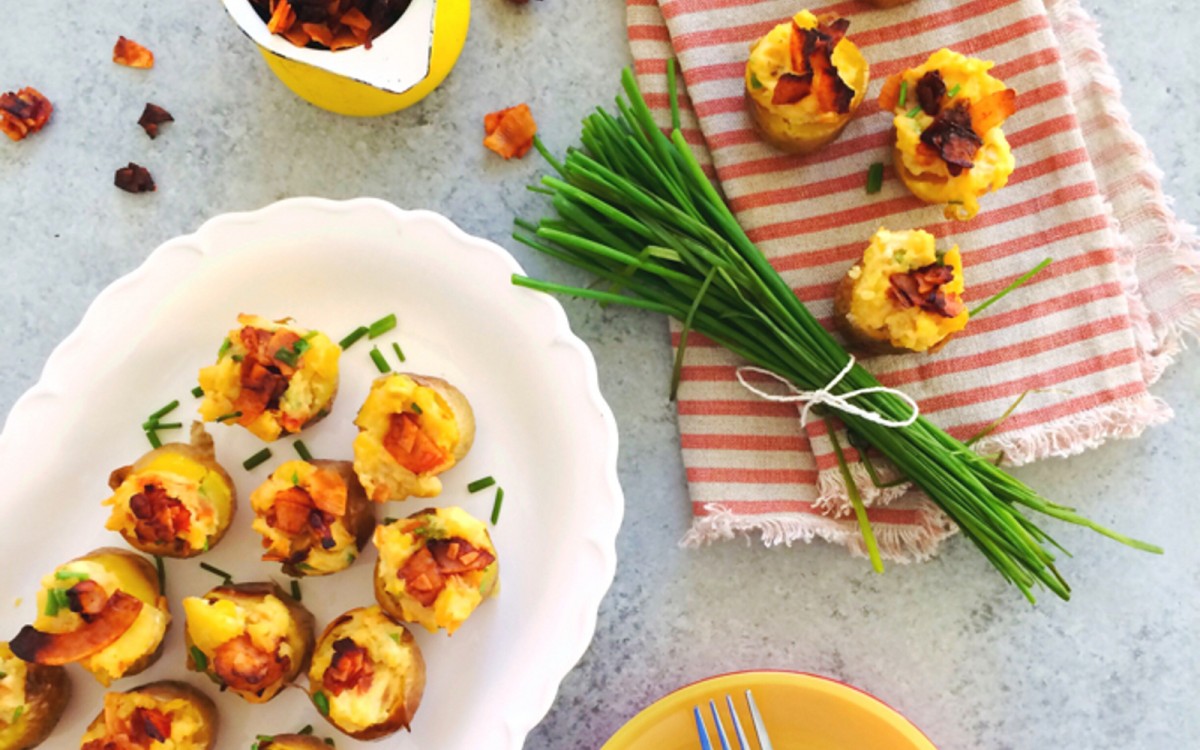 These baked potato bites are a delicious and unique treat to serve at your next get together. Stuffed with a creamy and buttery mixture of potatoes, sour cream, and chives, and then topped with smoky, maple coconut bacon, these bites are bound to be a crowd favorite! Serve with some extra sour cream on the side for dipping.

For the Potato Bites:

For the Coconut Bacon:

Store the coconut bacon in a cool, dark place. It will last up to two weeks and can be made in advance.

Shannon is passionate about plant-based foods and creativity in the kitchen. A master certified health education specialist (MCHES) with an M.Ed. in health education and a B.S. in nutritional science, she believes that better health starts with just a few simple steps, like integrating more seasonal and unrefined foods into our daily lives. Shannon is sharing simple and nutritious recipes on her website, Homegrown Provisions, that will keep you eating well and feeling amazing!