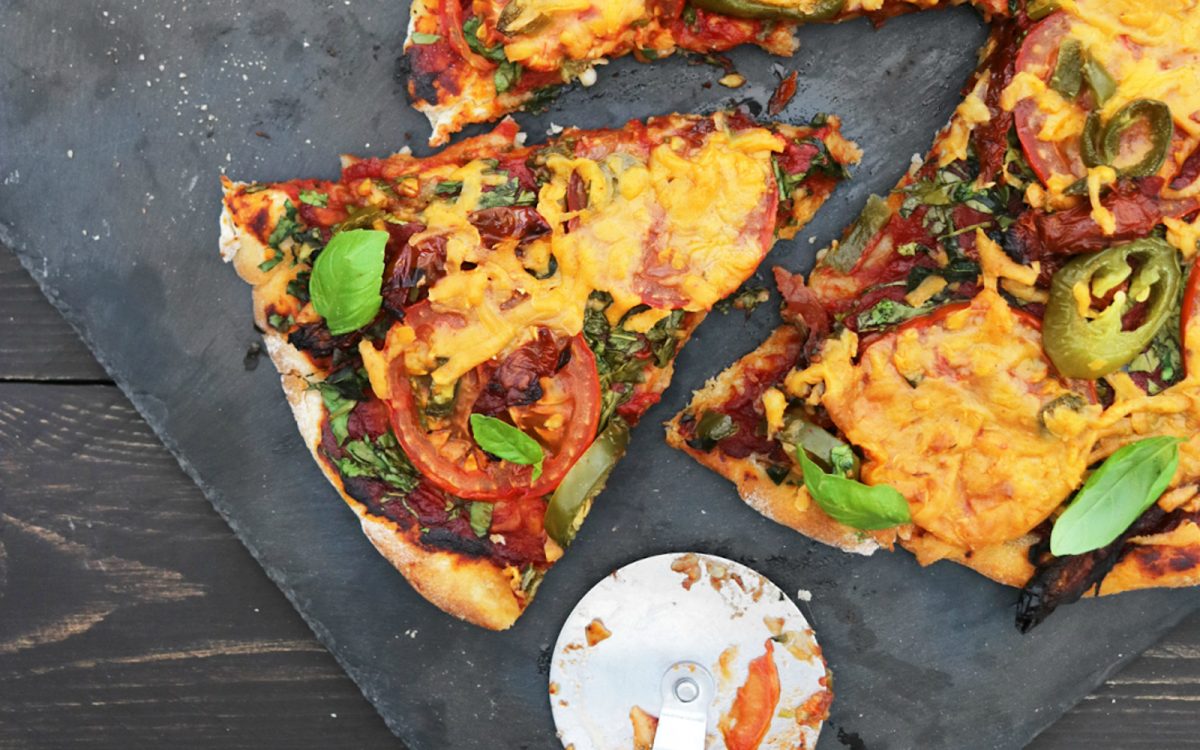 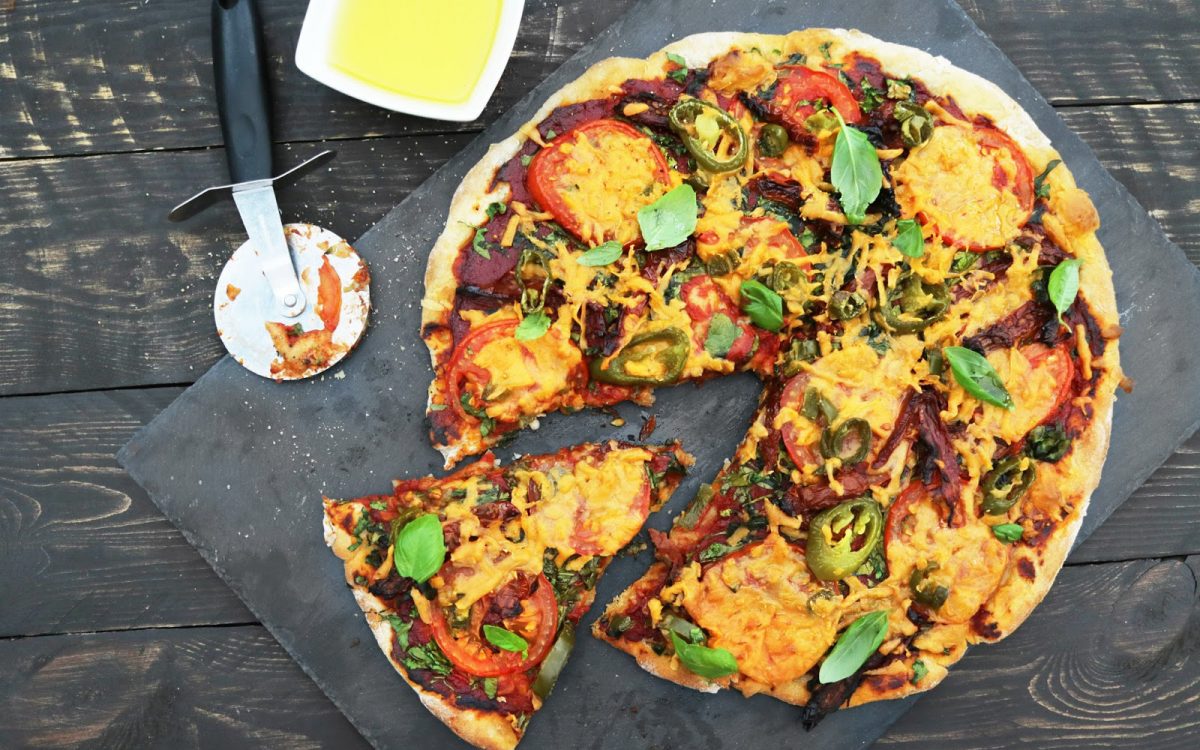 Who doesn't love a slice of pizza? Especially when it has a thin, crispy, and homemade gluten-free crust paired with spicy jalapeño, sun-dried tomato, and plenty of vegan cheese! If you've never made your own pizza crust, don't feel intimidated! This recipe makes it all easy.

For the Thin Crust: