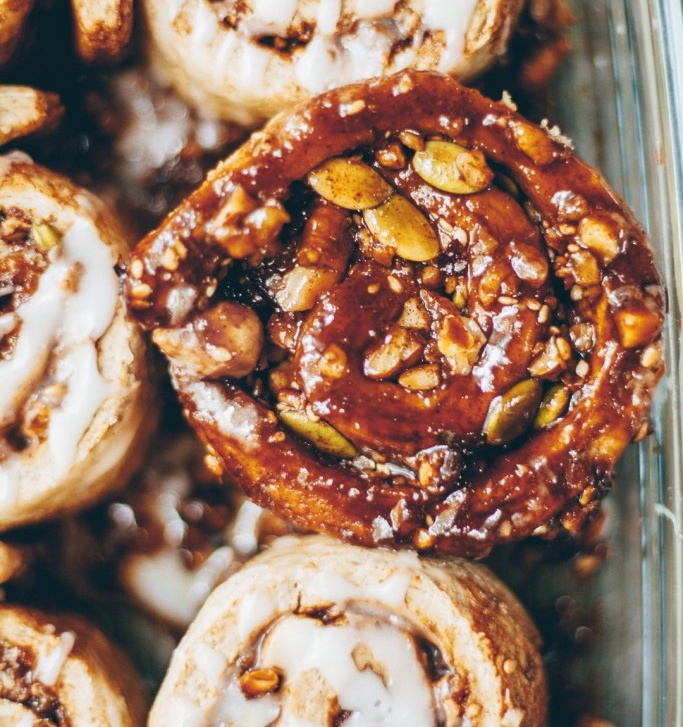 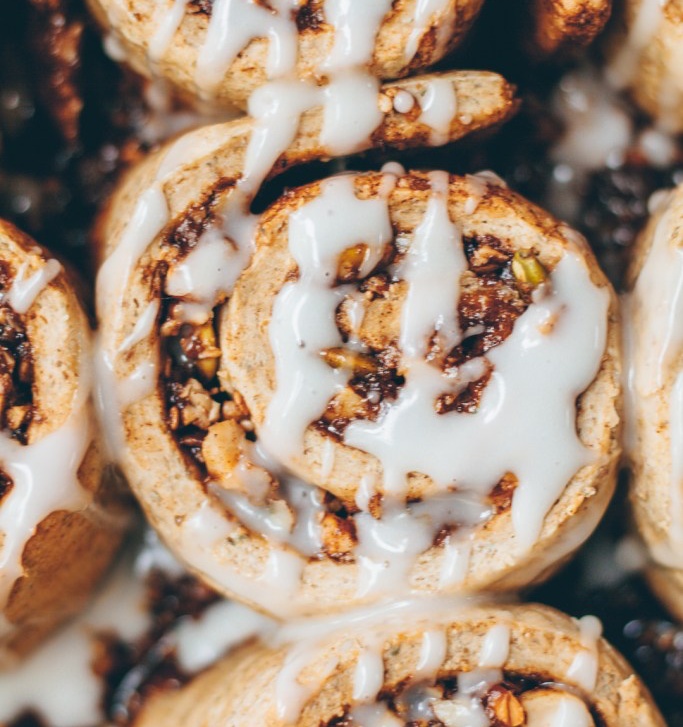 The ultimate sticky and gooey cinnamon rolls stuffed with a mixture of toasted and sweet nuts & seeds. Drizzled with a maple glaze. I assure you these will be your latest obsession.

For the Maple Icing:

Taavi Moore is a food blogger and nutrition student from Seattle. Her passion for cooking has been influenced by the countless hours spent in the kitchen growing up. Over time, she has developed a love for recipe development, food photography, and sharing how nutritious and enjoyable plant-based foods can be.