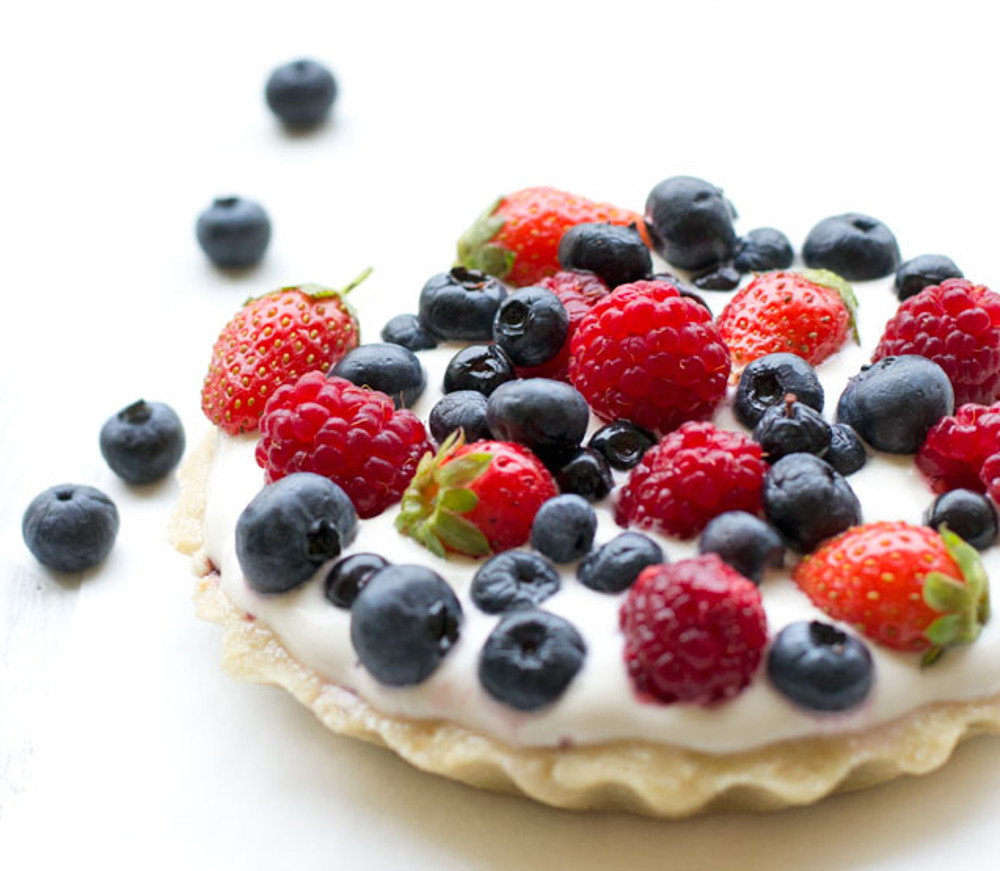 It’s the ultimate raw pie recipe. The best of the best. I know, I’m too modest… The inspiration behind it came when I saw a photo of a Pavlova cake. It’s basically white meringue base, topped with whipped cream and berries. Nothing hard, but so fancy. I even found a vegan meringue mix, but then it turned out that the Australian company making it is nowhere to be found in Europe. I didn’t give up, but I wanted it right now, so I started thinking of the alternatives. Raw pie sounded like one. I found the best whipped cream recipe made from coconut. Then created a white pie base, using peeled almonds and cashew nuts. And added the finishing touches – the homemade blueberry jam and the fresh berries. It turned out so good that it’s almost impossible to stop eating it. It's the ultimate pie recipe, I’m not joking here. Try it for yourself, you won’t regret it.

For the base For the filling
Advertisement

I’m Nadia Petrova, holistic nutritionist. I studied in the Canadian school of natural nutrition, I’m a member of the Canadian association of natural nutritional practitioners, Green Chef for the Gliving network and author of 2 books. My philosophy about life is that we are in control and we can change things. We can change the way we eat, feel, experience, live. We decide what is best for us. Visit my website Nature Insider.