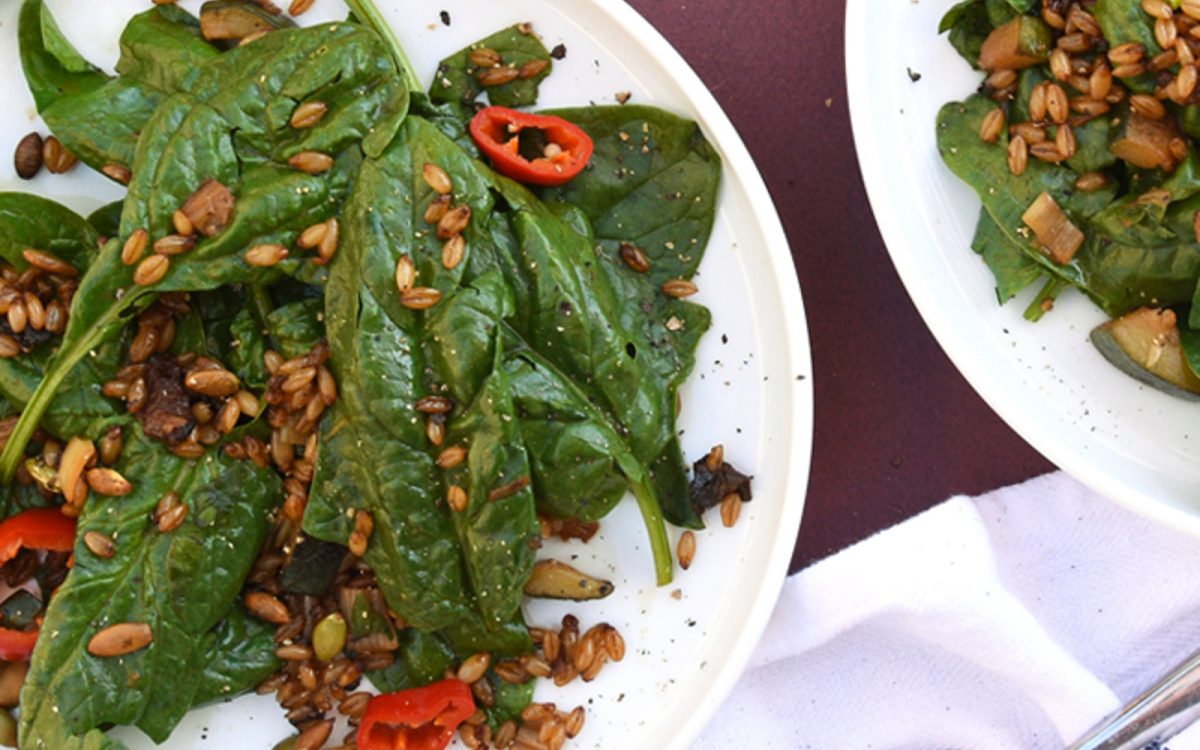 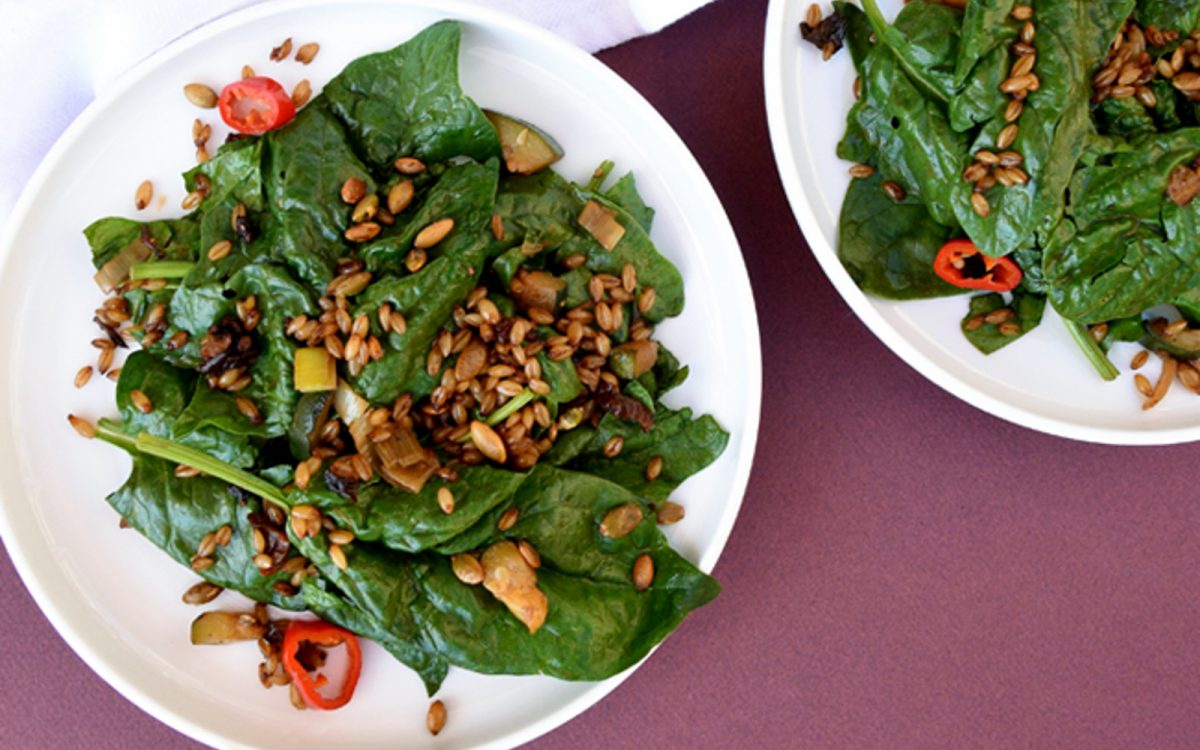 This spinach salad is warm, chock full of good-for-you ingredients like Porcini mushrooms, sun-dried tomatoes, zucchini, and leeks, and is deliciously smoky and flavorful. This tasty dish also includes barley bacon. Barley is nice and chewy when cooked and lightly crispy when cooked in some oil making it a wonderful stand-in for bacon. Whip this salad up and see for yourself!