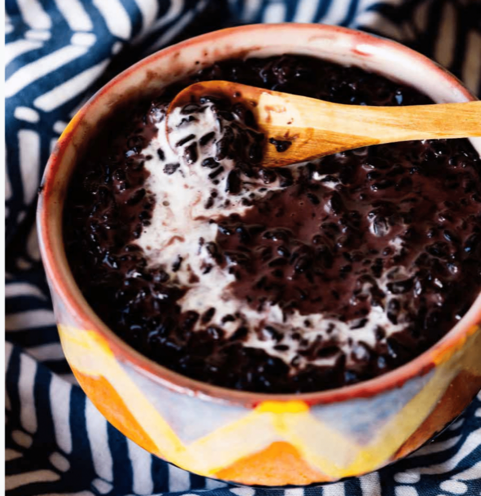 Traditional rice pudding is gloppy, white, and studded with raisins. By contrast, this one is made with black rice, traditionally used in Indian and Thai desserts. In addition to being more glamorous than the traditional version, this pudding contains star anise, which might be a novel flavor for your kids. Another perk of this dish is that it gives kids a chance to eat a familiar food (rice) in a totally different presentation. Excerpted from THE ADVENTUROUS EATERS CLUB by Misha and Vicki Collins, reprinted with permission from HarperOne and imprint of HarperCollins Publishers. Copyright 2019.