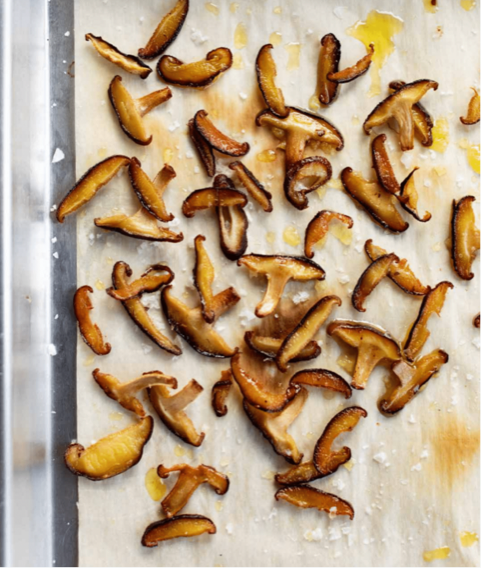 A rookie mistake a lot of parents make is serving up mushrooms that are slimy. Yes, we call it sautéed, and we know that oil, garlic, and onions add to a mushroom’s deliciousness, but kids just see slickness, and for them that can be the difference between loving mushrooms and hating them. Again, with kids, it’s often all about texture. When it comes to mushrooms, think crispy and salty. Even fledgling mushroom eaters might be tempted to taste these crispy bites. This recipe is excerpted from THE ADVENTUROUS EATERS CLUB by Misha and Vicki Collins, reprinted with permission from HarperOne and imprint of HarperCollins Publishers. Copyright 2019.