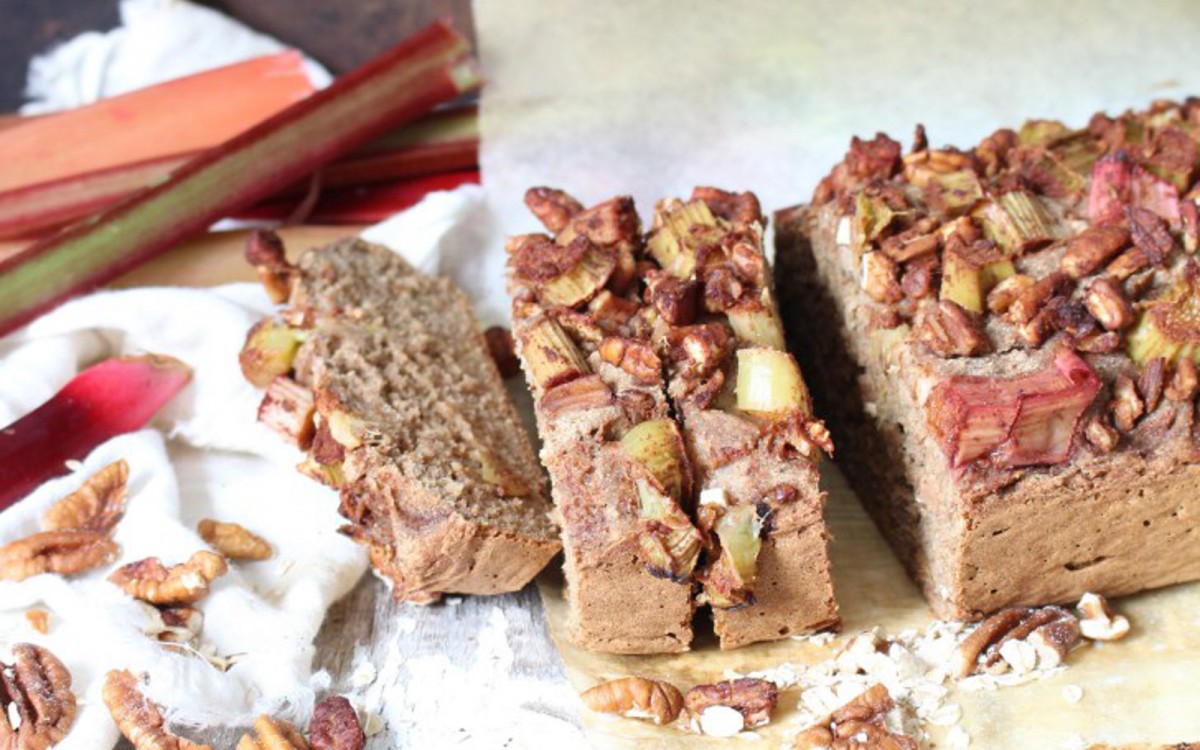 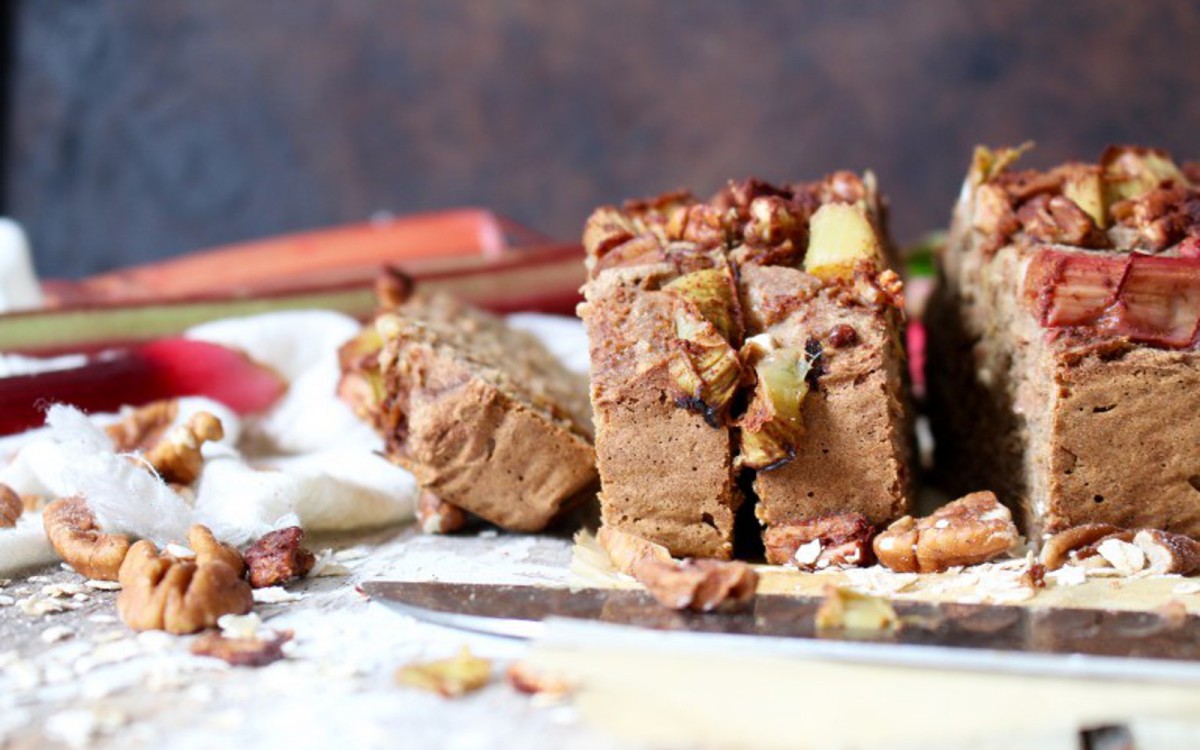 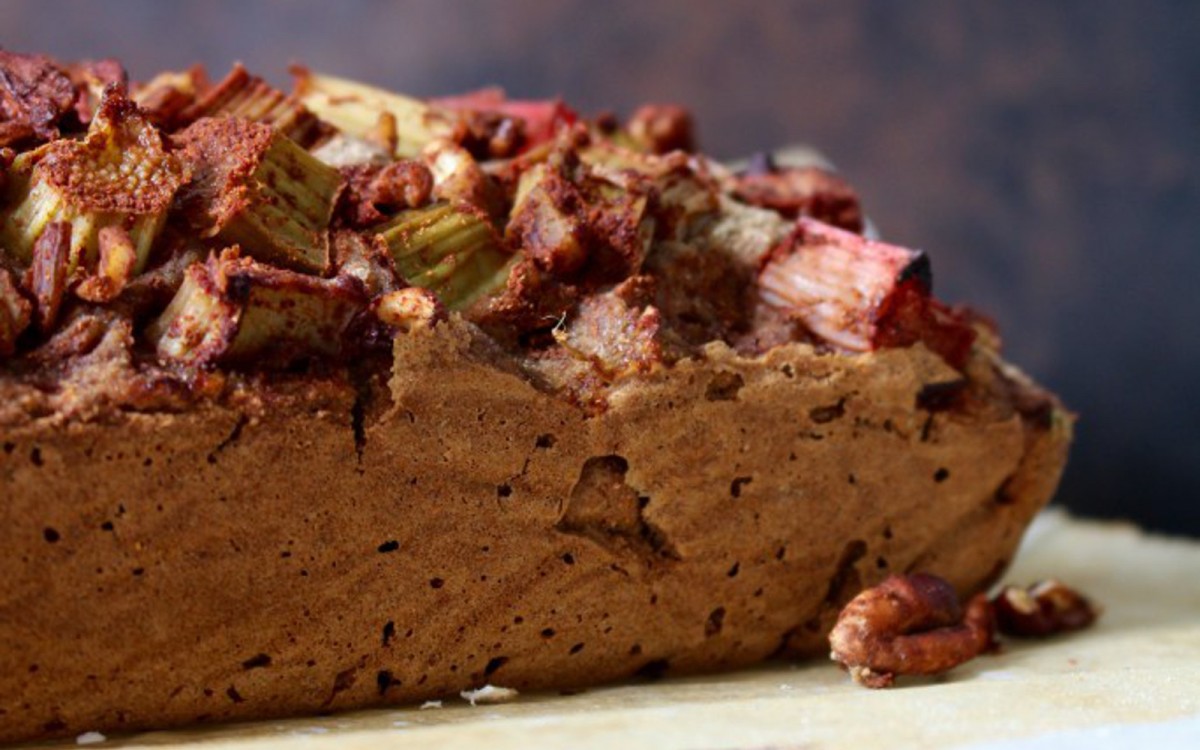 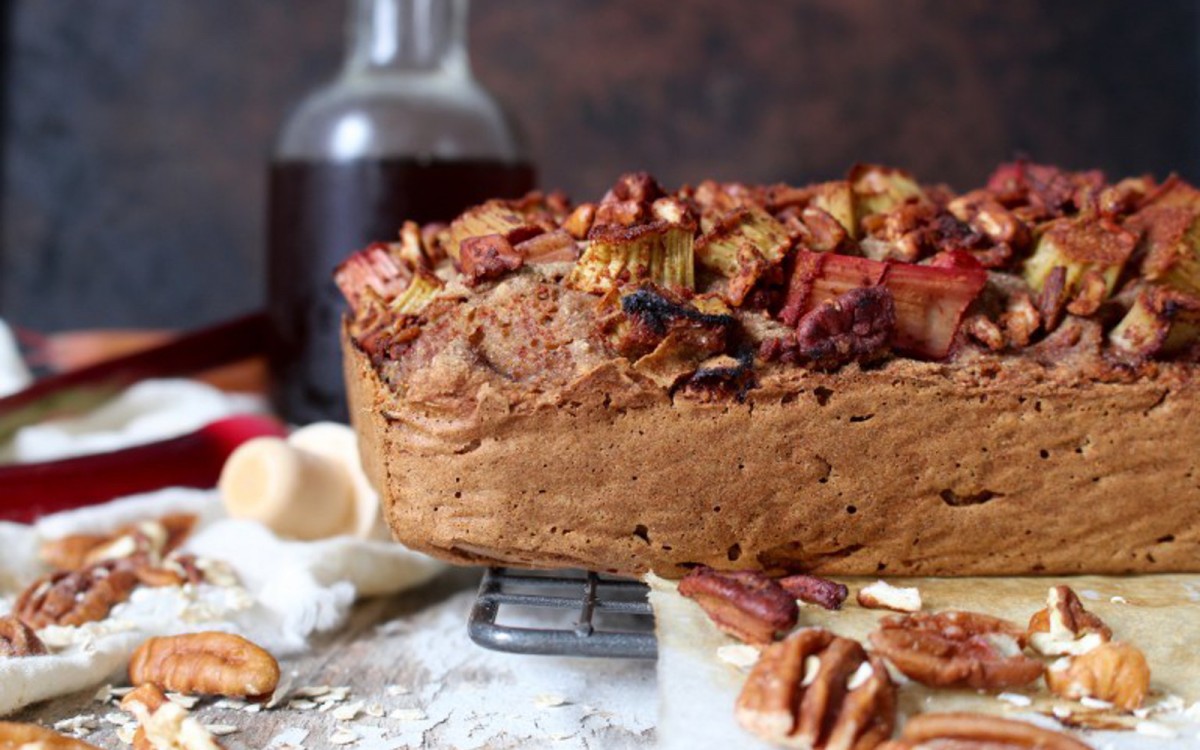 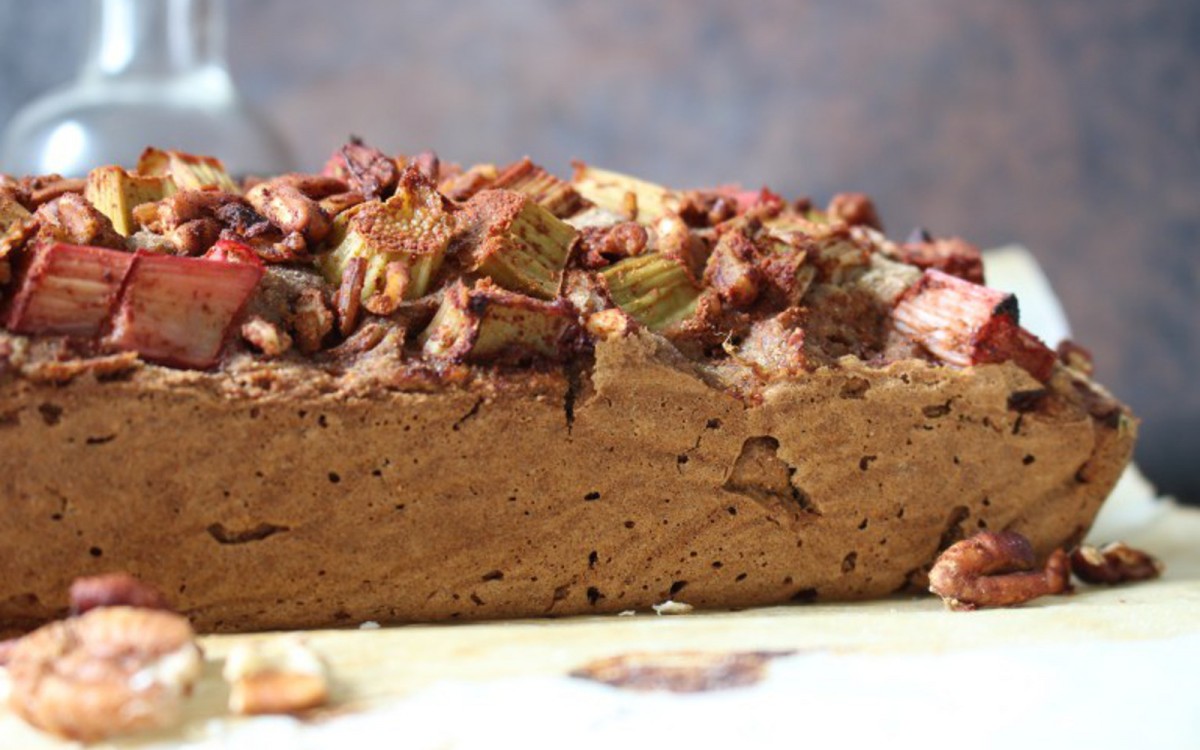 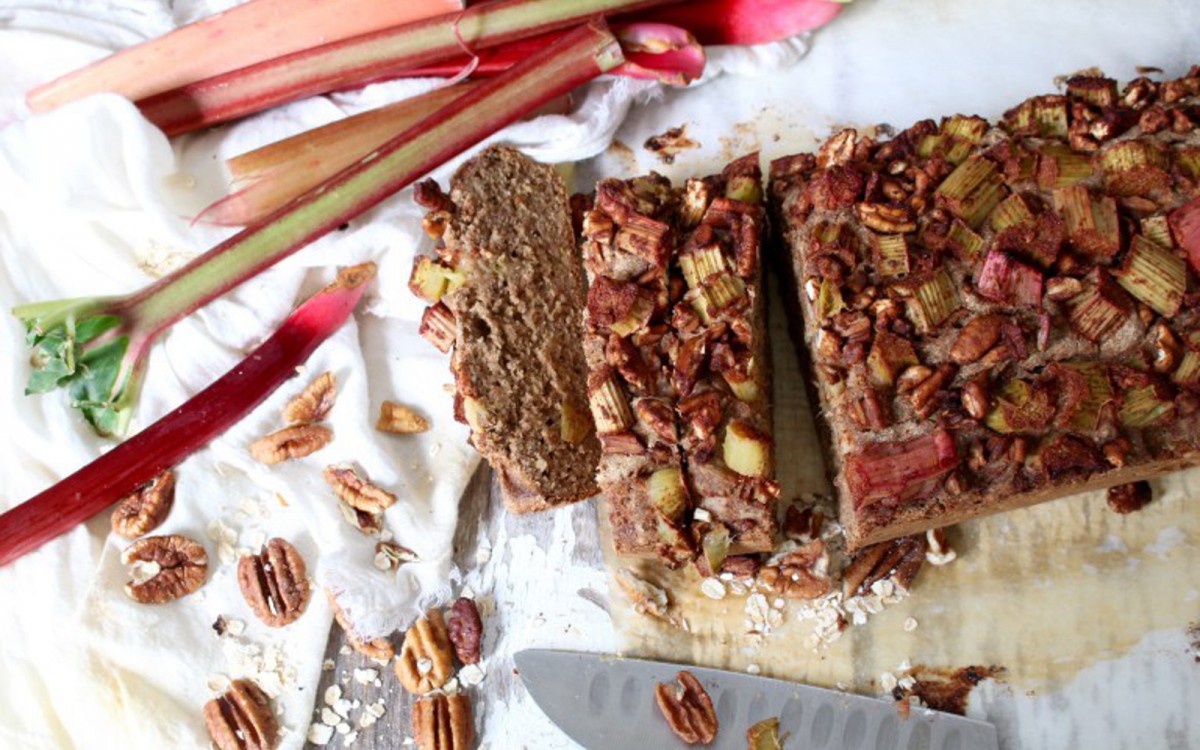 This sweet bread is moist and hearty with the perfect hint of fennel. It will fill you up like a perfect snack should, or is a delight for breakfast. The topping is kind of like a streusel, but healthier for you and just a little bit tart from the rhubarb and sweet from the cinnamon and pecans. Not to mention that between the oats, buckwheat, and rhubarb, not only is the bread gluten-free, but it’s a great source of fiber.

Store the leftovers in an airtight container in the cupboard or refrigerator for up to 3 days.

An avid runner and passionate foodie, Laura writes the blog Chronicles of Passion, a healthy lifestyle blog featuring vegan recipes, healthy living tips, at-home workouts and fitness motivation.  She is especially passionate about creating raw, vegan desserts and experimenting with new ingredient combinations in the kitchen, and when not out on the trails can be found hanging out in downward dog, spinning or brewing a fresh batch of kombucha! You can also follow her on Twitter, Facebook, Pinterest and Instagram.