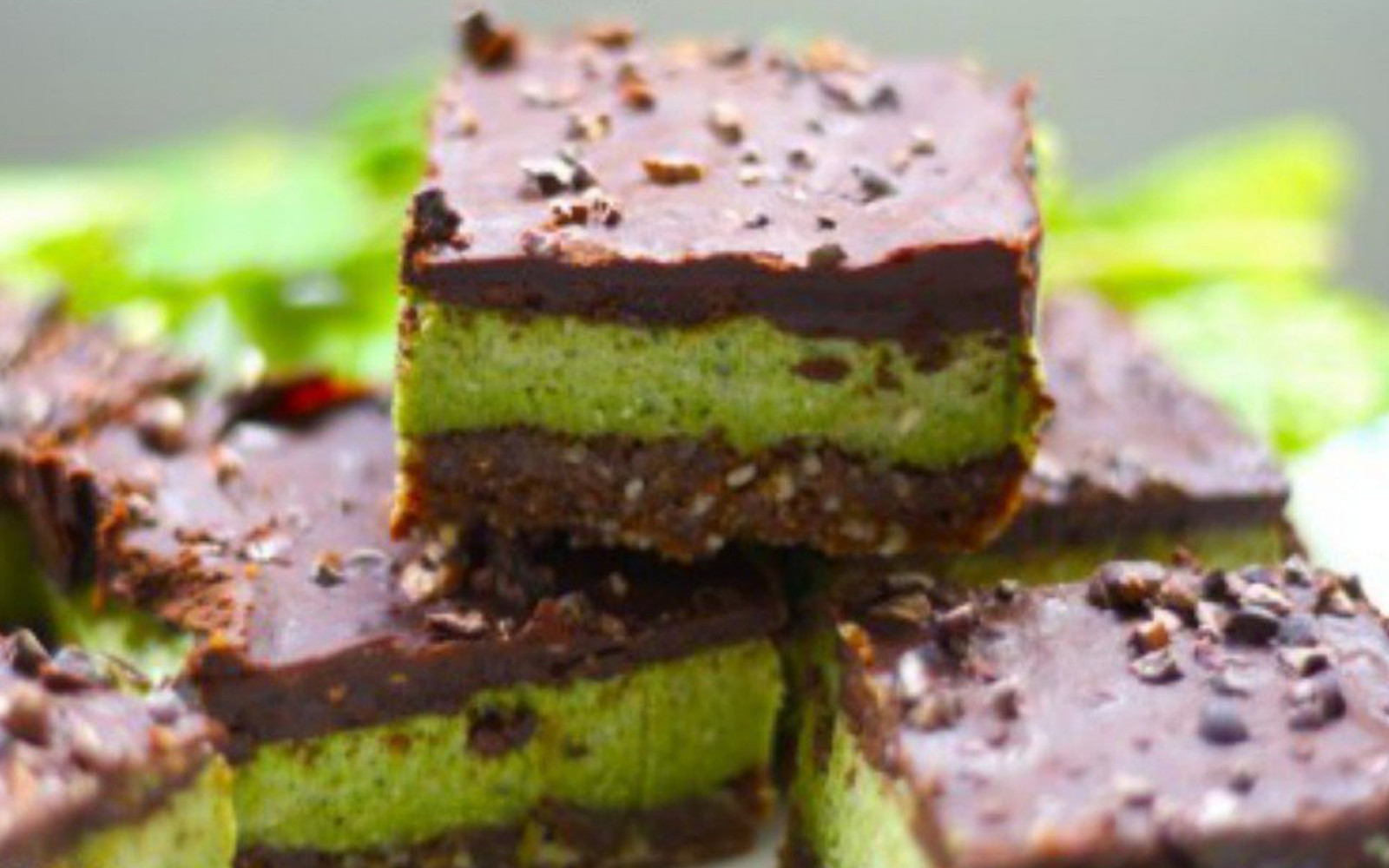 These are raw, refreshingly cool, minty squares. Don't bother turning on your oven in the summer heat, but whip these up for a rich treat, instead. The peppermint flavor is very subtle, but you can adjust it to your liking. I've used frozen spinach to add a green color to these squares. Don't worry, you can't taste it at all! I've also used buckwheat groats in the filling so it doesn't solely rely on cashews and coconut oil, which can sometimes be a bit heavy. The layered cacao nibs and raw chocolate create a decadent crunchy layer on top. Yum!

For the Peppermint Filling: