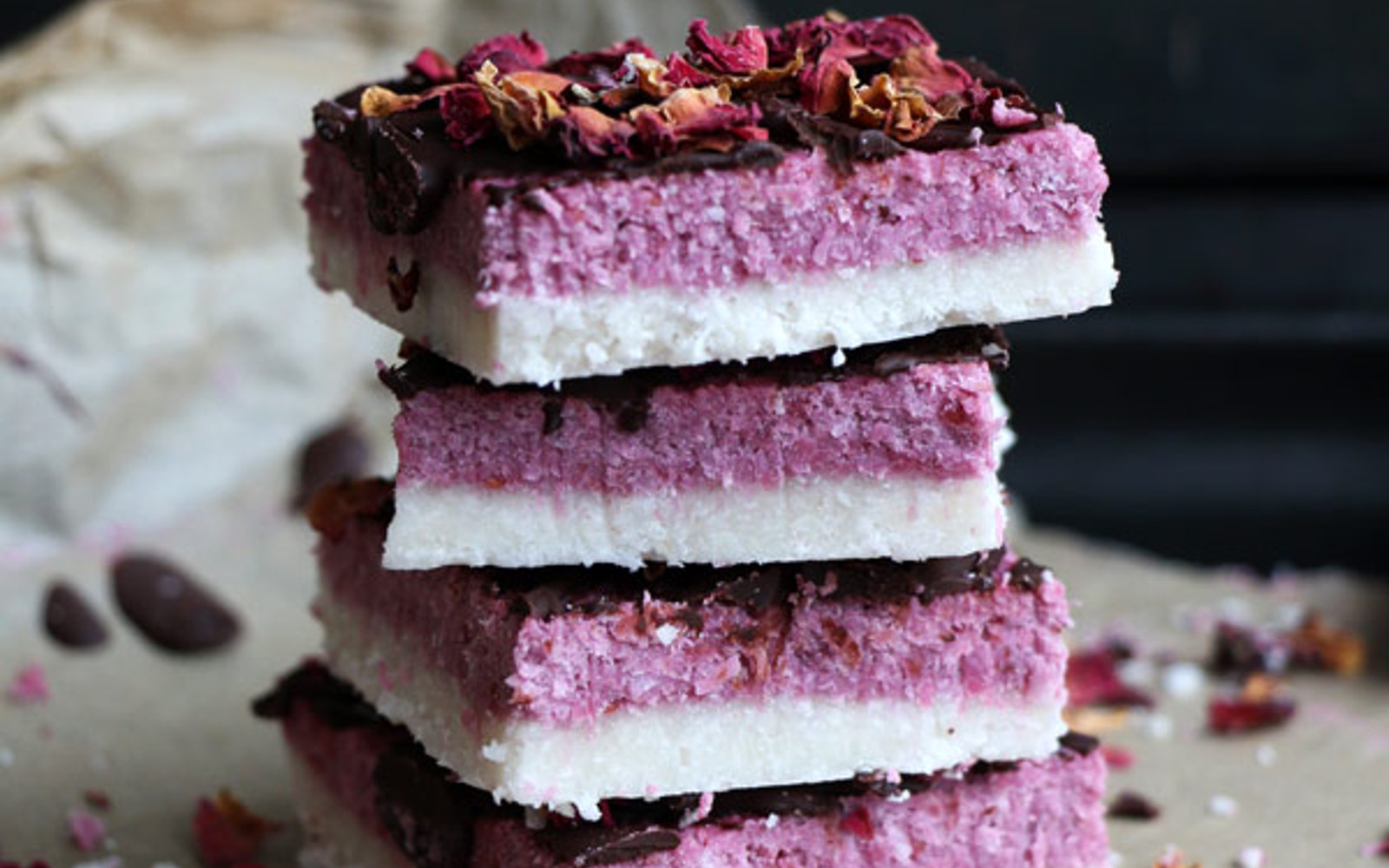 In this recipe, layers of raspberry and coconut come together with a dark chocolate drizzle to create a dessert that's simply decadent. The bottom layer is a mix of creamed coconut, coconut oil, maple syrup, and desiccated coconut which creates a nice solid texture once set. The top layer has raspberries mixed in to create a contrasting color and flavor. The raspberries also give it a nice, sharp, and zesty taste, that's not too overpowering. Finally, it’s all topped with dark chocolate and rose petals, just perfect for Valentine’s Day.

For the Coconut Layer:

For the Raspberry Layer:

To Make the Raspberry Layer:

To Make the Coconut Layer:

Per Serving: Calories: 155 | Carbs: 9 g | Fat: 14 g | Protein: 1 g | Sodium: 7 mg | Sugar: 5 g Note: The information shown is based on available ingredients and preparation. It should not be considered a substitute for a professional nutritionist’s advice.

Hana Mendes is a mum and creator of a food blog http://nirvanacakery.com/. She shares recipes fueled by her passion for cooking and baking with wholesome, seasonal and locally sourced ingredients. She believes that it's through the conscious choices that we make and the food we eat that will positively impact our health, the health of our family, society and our planet.