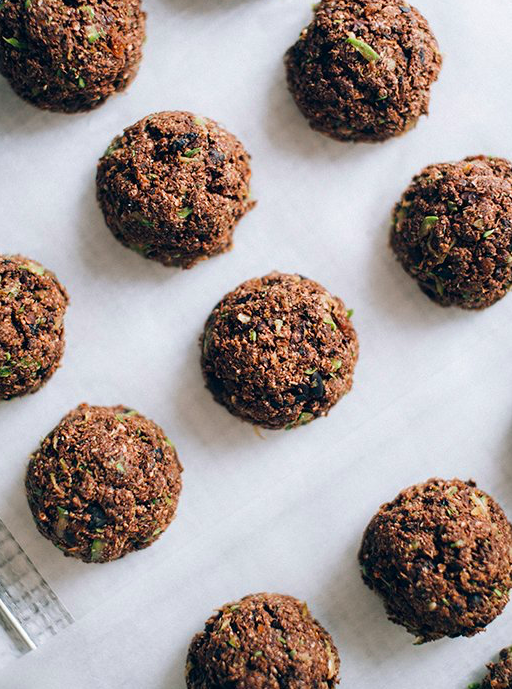 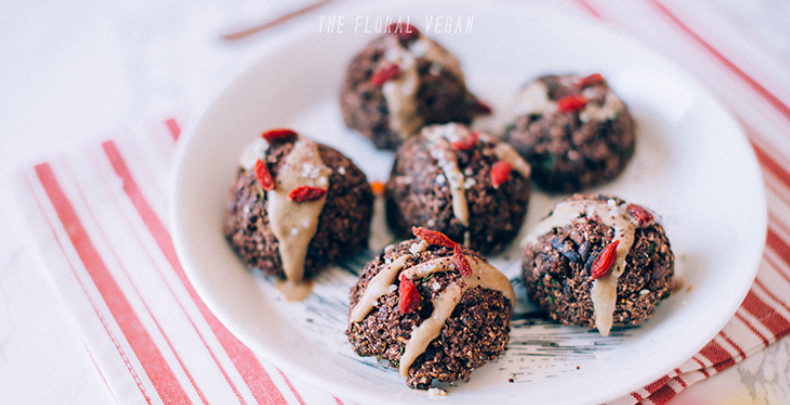 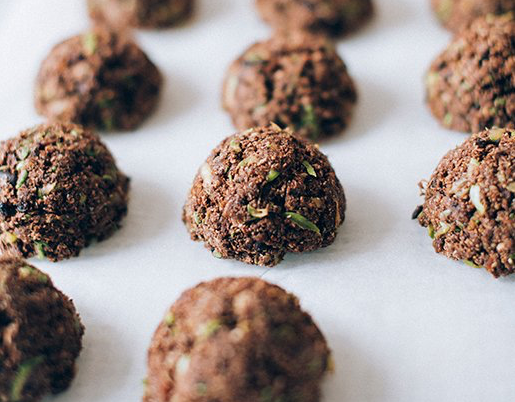 This recipe is quick and easy, not to mention that they taste like dessert! These raw chocolate zucchini bread are the perfect snack to take on-the-go!

You can also use buckwheat, oats, almonds, walnuts, or even tigernuts. They all work great You can freeze these for up to a month and they keep in the fridge for about a week.

I am Angie, aka the Floral Vegan. I am obsessed with making eye-catching AND delicious vegan food, such as shaping numerous fruit roses on smoothie bowls, constructing pancake stacks, assembling nourish bowls!