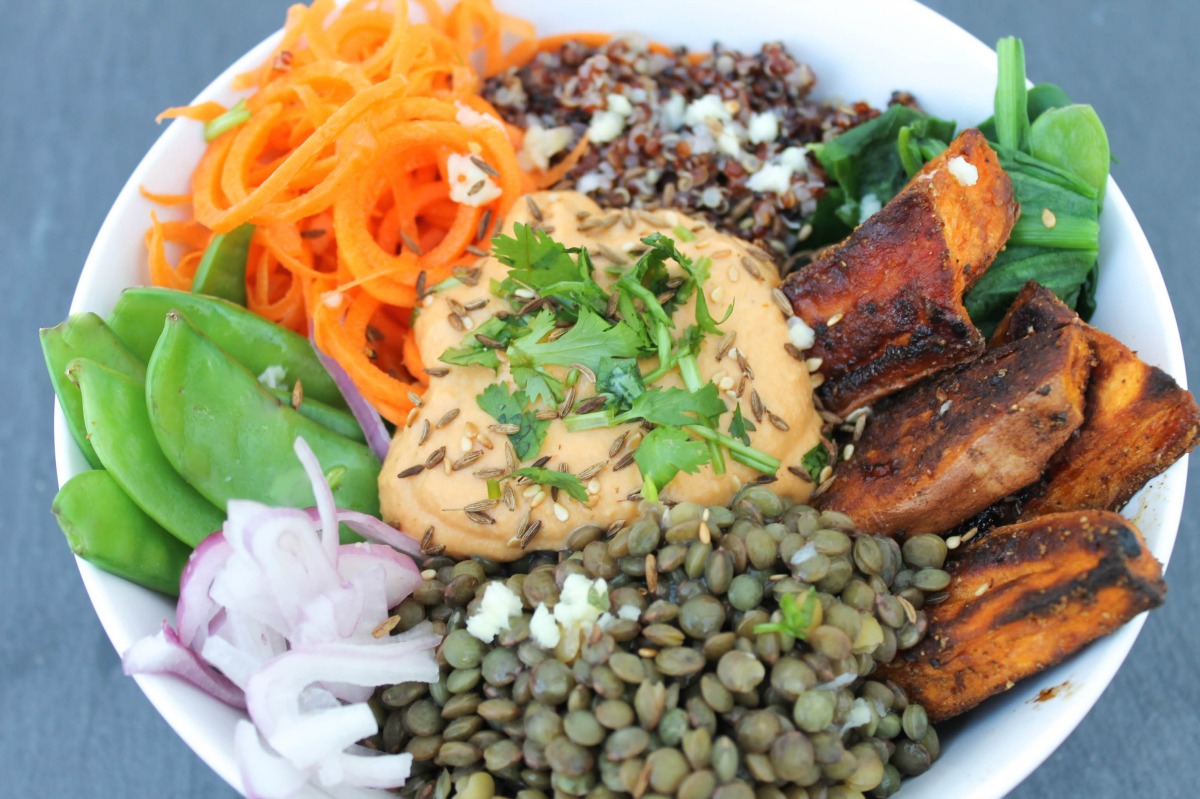 If you're looking for a colorful, nutritious bowl filled with vitamins, minerals and stick-to-your ribs protein, then look no further. Puy lentils and red pepper hummus sit alongside hearty quinoa and baked potato wedges. You'll want to build this bowl every single day!

My name is Jenn, the author of Reaching for Greens and I'm a passionate foodie who loves to cook. Creating, discovering, and tweaking plant-based dishes is my greatest hobby. My mission is to prove how easy and delicious cooking vegetarian/vegan/raw food can really be. As a health nerd and a devoted believer in the holistic approach to nutrition and lifestyle, my goal is to provide easy plant-based recipes that compliment your dietary needs.