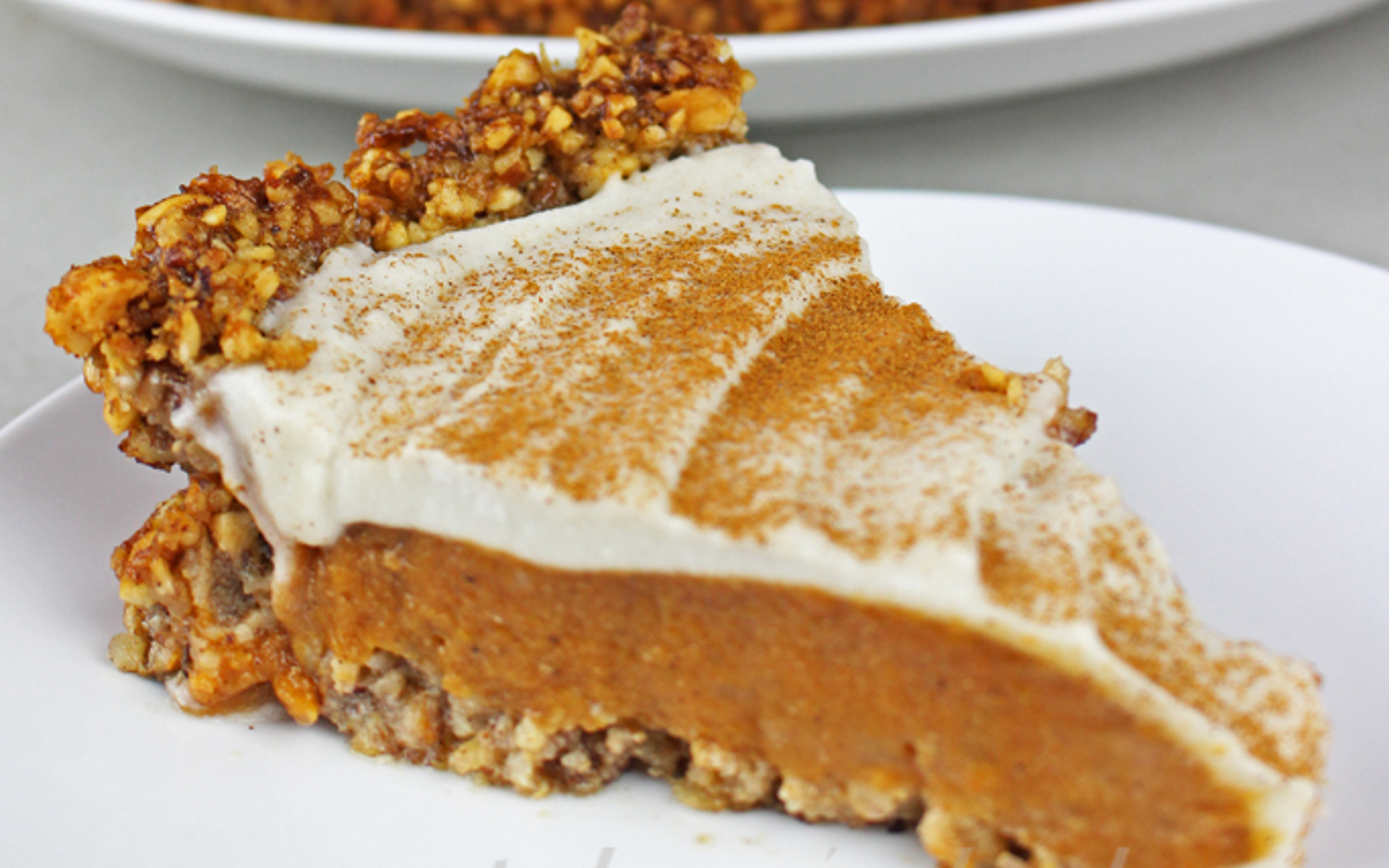 This isn't your typical pumpkin pie. The crumbly crust is made from toasted nuts, sweetened with maple syrup, and spiced with cinnamon and the pumpkin filling is decadently rich and creamy, thanks to dairy-free sweetened condensed milk. The pie is so delicious just on its own, but then pile on that creamy pumpkin pie filling and you are in pumpkin pie paradise.

For the Pumpkin Pie Filling:

For the Coconut Cream Topping:

For the Vegan Sweetened Condensed Milk:

To Make the Pie:

My name is Gretchen Price, and I am a professional pastry chef of over 20 years. For the last 5 years, I have been sharing all the recipes from my bakery at Gretchen's Bakery and my experiences in the professional baking industry. I make it my personal mission to help make everyone the best bakers they can be by teaching the science of baking while making delicious vegan recipes. My business life is in alignment with my personal beliefs.