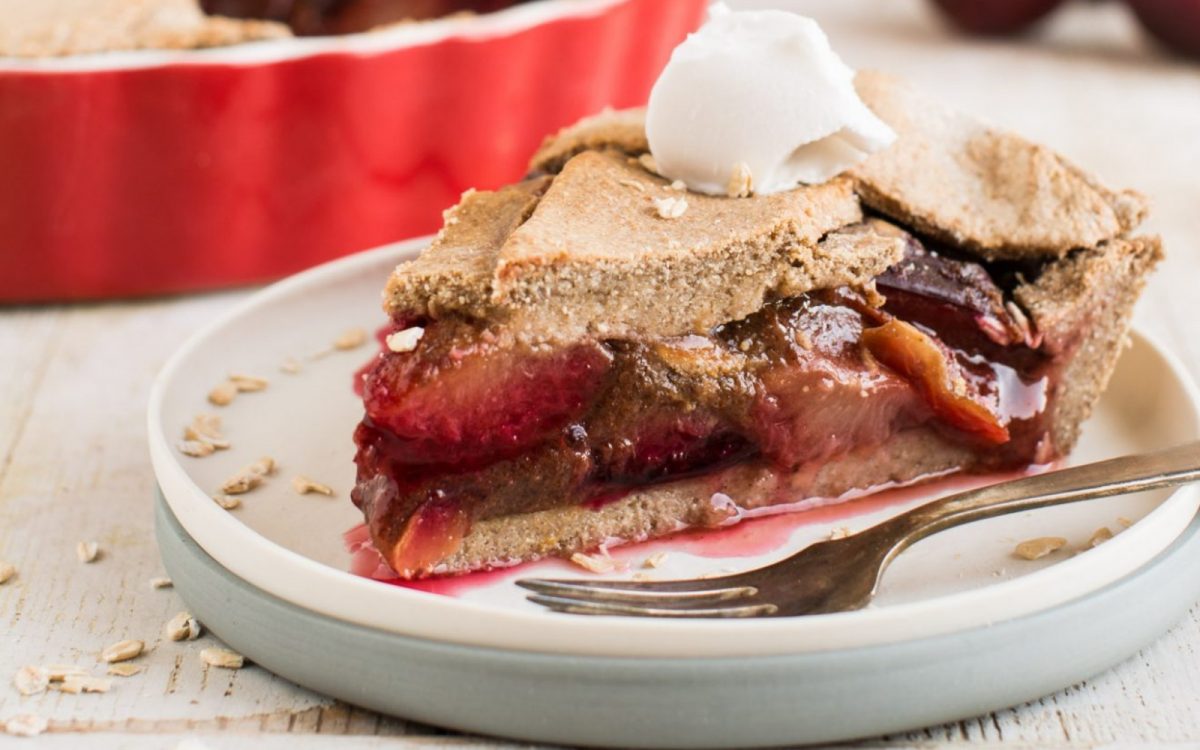 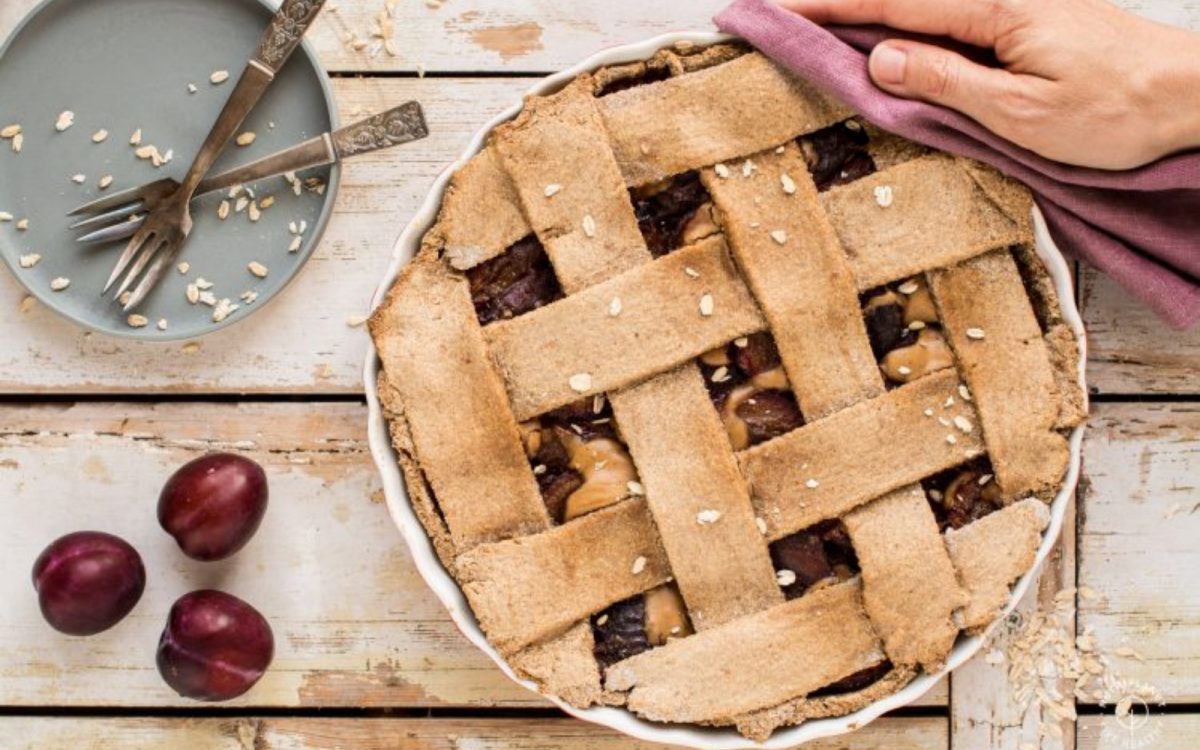 Unless you have a big family, this vegan plum pie will last for at least 3-4 days. Imagine how nice it will be to grab a piece from fridge in the afternoon, top it with coconut cream or vegan ice cream, and enjoy every bite with a good cup of tea or coffee! A light and crumby crust is topped with warm plums that are mixed with autumnal spices like cardamom, cinnamon, and ginger. Strangely enough, plums get quite sour when heated, so sweetener(s) need to be added. Since there will be quite a bit of plum juices flowing, psyllium husk powder soaks in the excess liquids. This vegan plum pie is perfect for holiday parties or midnight snacks. It's quite healthy and super delicious!

For the Pie Crust:

For the Coating (optional):

Nele is passionate about healthy eating and delicious food. She developed a more profound interest in nutrition and related diseases when she read The China Study. She is a plant-based certificate graduate and spreads the word about healthy, sustainable nutrition and lifestyle through her blog, Nutriplanet,where related articles and whole food plant-based recipes are published weekly.