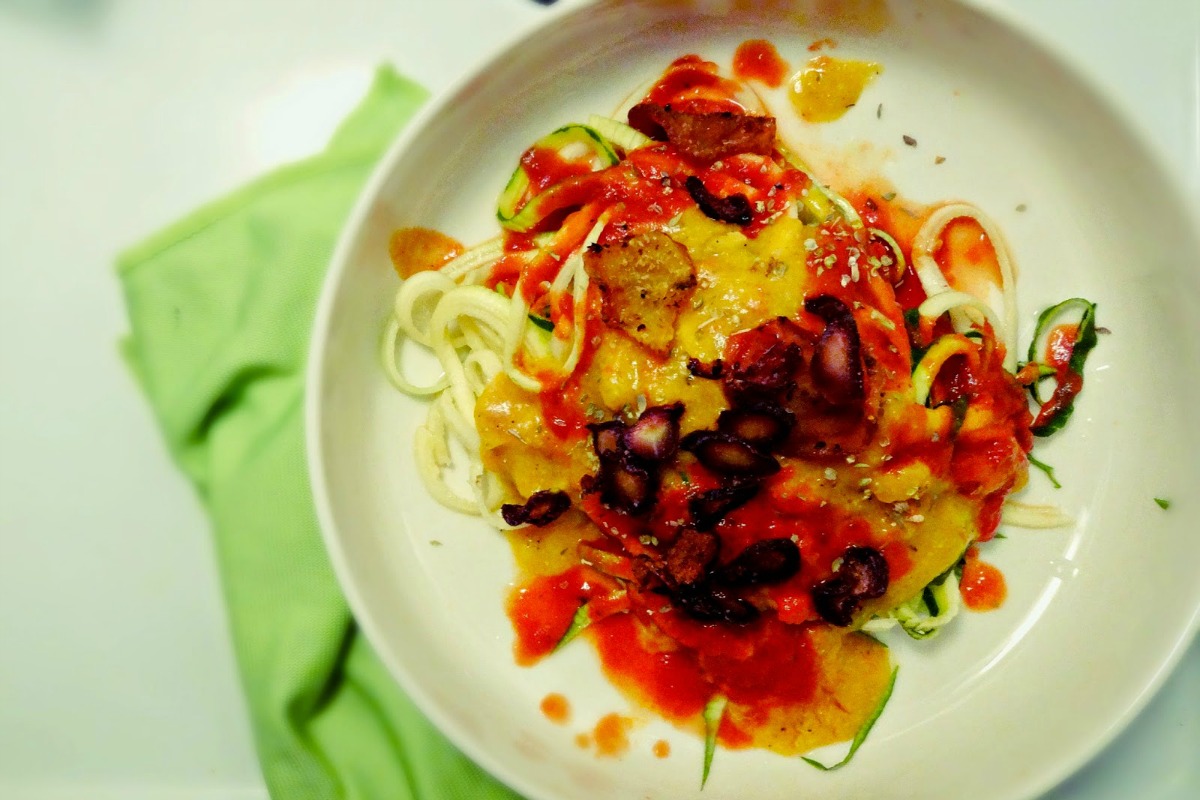 So I bet you are wondering what exactly vegan Pizza Zoodles are...well, they are wonderful! Here is what is going on in this epic zucchini noodle bowl: zucchini noodle base, cheezy vegan sauce made mostly from vegetables ( NO nutritional-yeast, NO soy, NO seeds. NO nuts), marinara sauce, homemade vegan pepperoni slices (purple carrot or beet based vegan meat!), oregano and evoo drizzle for extra pizza flavour. I think everything in this bowl is totally delicious on its own. I debated eating the vegan cheezy sauce as a rich bowl of soup...luckily for you I had other plans!

Roasted vegetables for CHEEZE SAUCE should be made at the same time as the vegetables in the "pepperoni"recipe on separate baking sheets.

Per Serving before optional tomato sauce: Calories: 436 | Carbs: 61 g | Fat: 21 g | Protein: 12 g | Sodium: 150 mg | Sugar: 17 g Note: The information shown is based on available ingredients and preparation. It should not be considered a substitute for a professional nutritionist’s advice.

Danielle Dewar is a passionate baker and the woman behind the blogs Baking Backwards and Our Vegitable. Danielle has been tinkering with gluten-free baking for the past three years to improve her health and quality of life. Danielle's recipes are totally from scratch and use no gums or stabilizers and no pre-made flour mixes.