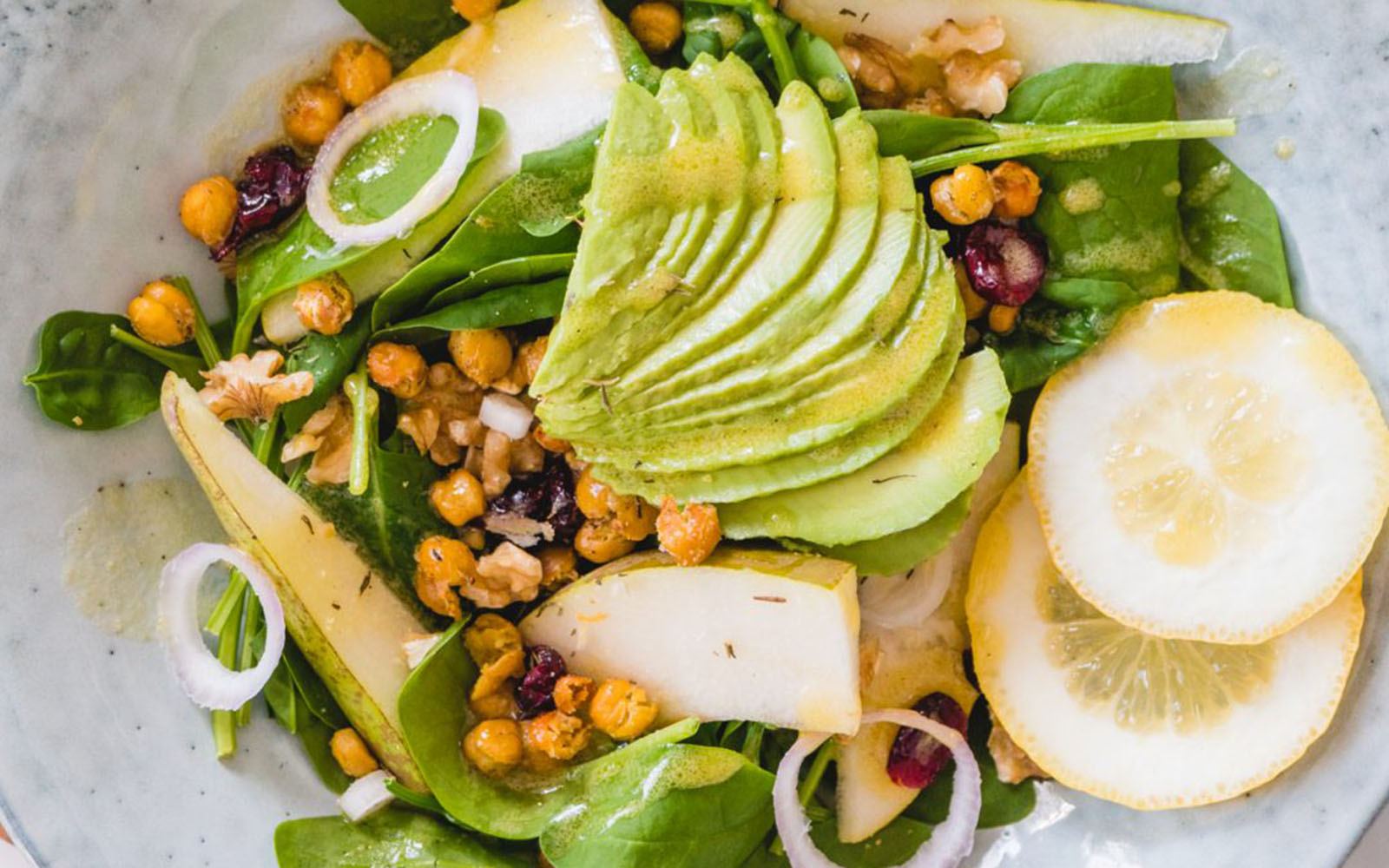 Do you think that salad is boring? Well, how about adding some crunch and extra flavor? Today I’m bringing you a very special and delicious pear salad recipe that has two creative tweaks – crispy chickpea croutons and lemon-mustard vinaigrette dressing. It’s fresh, healthy and filling at the same time!

For the Chickpea Croutons:

For the Lemon-Mustard Vinaigrette Dressing:

Per Serving: Calories: 305 | Carbs: 27 g | Fat: 21 g | Protein: 6 g | Sodium: 83 mg | Sugar: 10 g Note: The information shown is based on available ingredients and preparation. It should not be considered a substitute for a professional nutritionist’s advice.