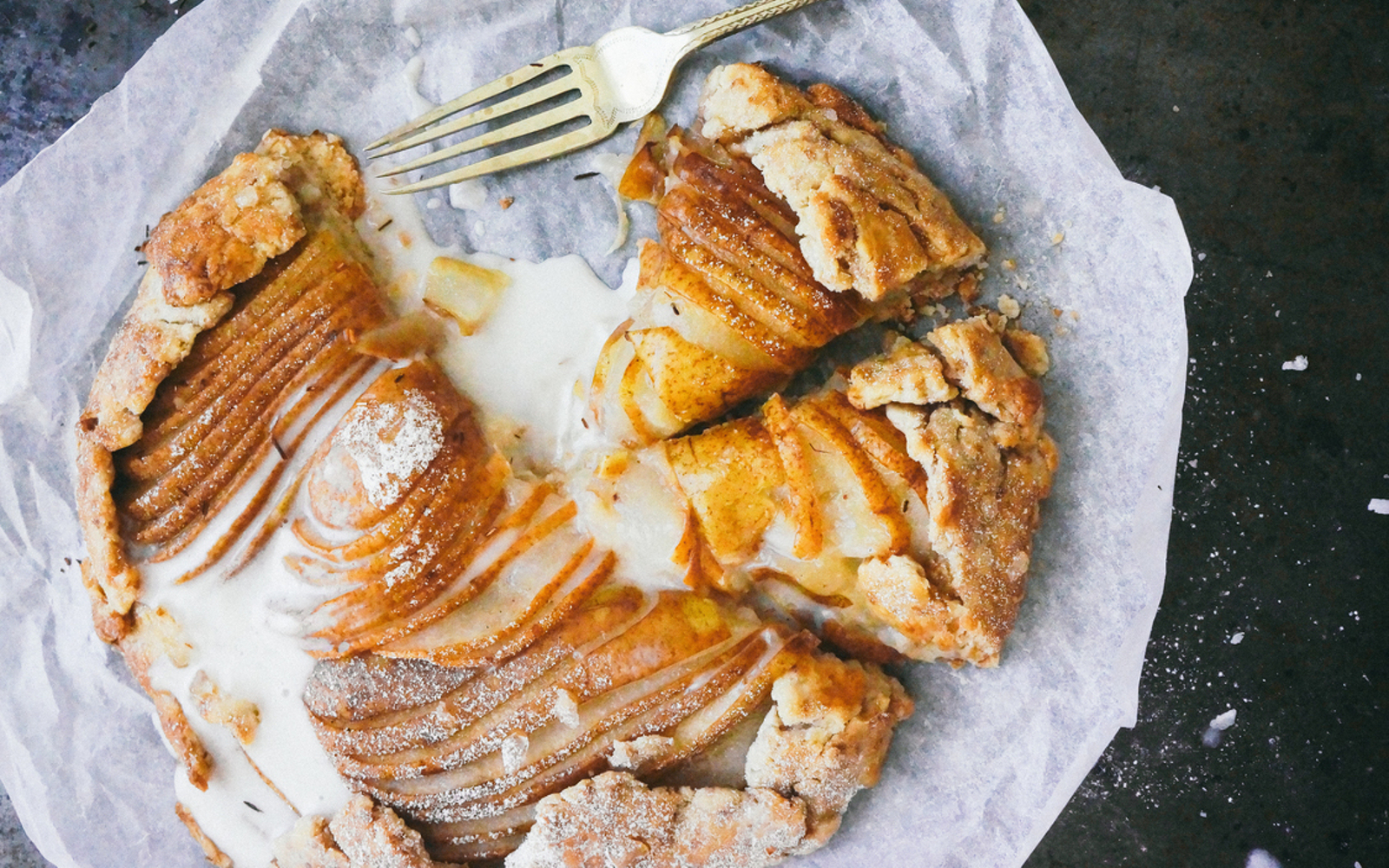 This galette tastes like a dream. Ripe pears are sliced thin and layered in a flaky crust, then brushed with a syrupy rooibos glaze just before being placed in the oven. As it bakes, the pears soften and caramelize just a bit and the crust turns golden. Garnish with confectioner's sugar and vegan whipped cream just before serving.

Food photographer, stylist, and professional chef in the making.
Celebrating natural foods and the healthy deliciousness that comes with it.
From Estonia, traveling the world. Follow along at AnettVelsberg.com.