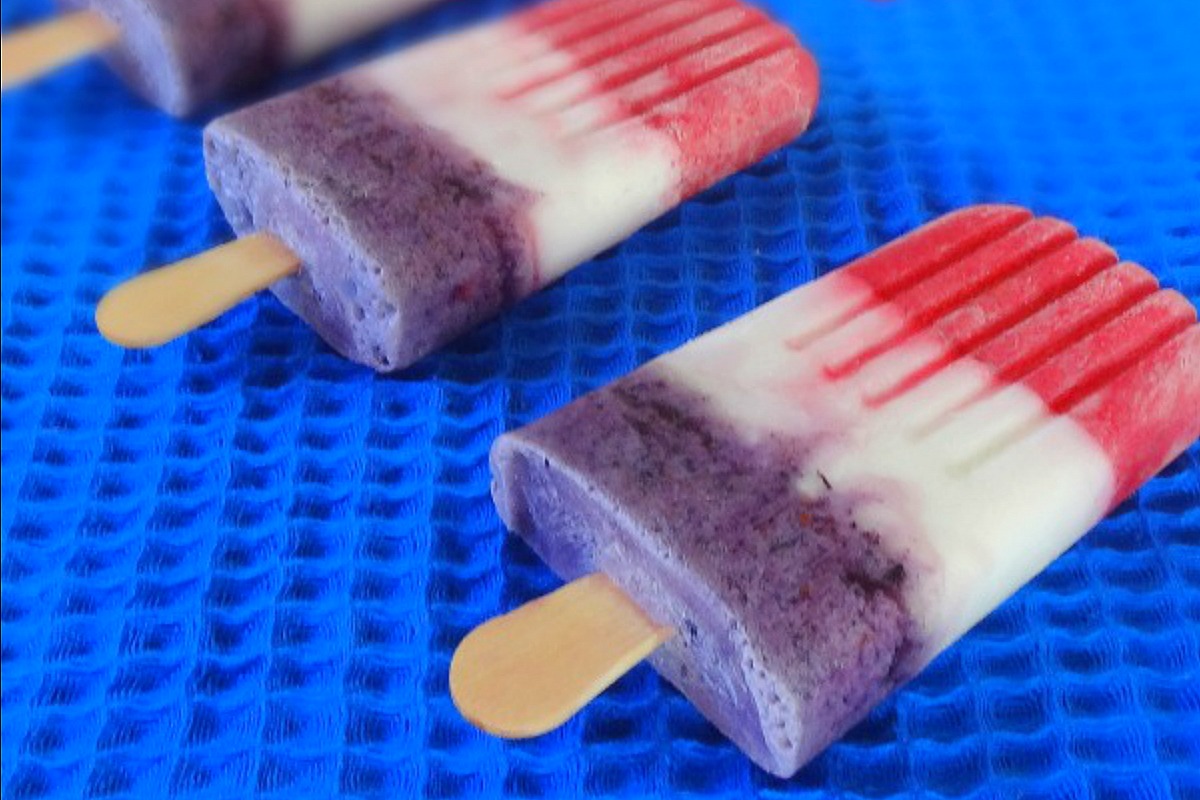 Similar to those red white and blue, sugary rocket popsicles that you grew up with, but a healthy, whole foods version! These popsicles are free of added sugars/colorings or anything weird. They are creamy and taste like smoothie-yogurt-ice cream-popsicles. YUM! The coconut milk is the trick and adds that creamy taste.