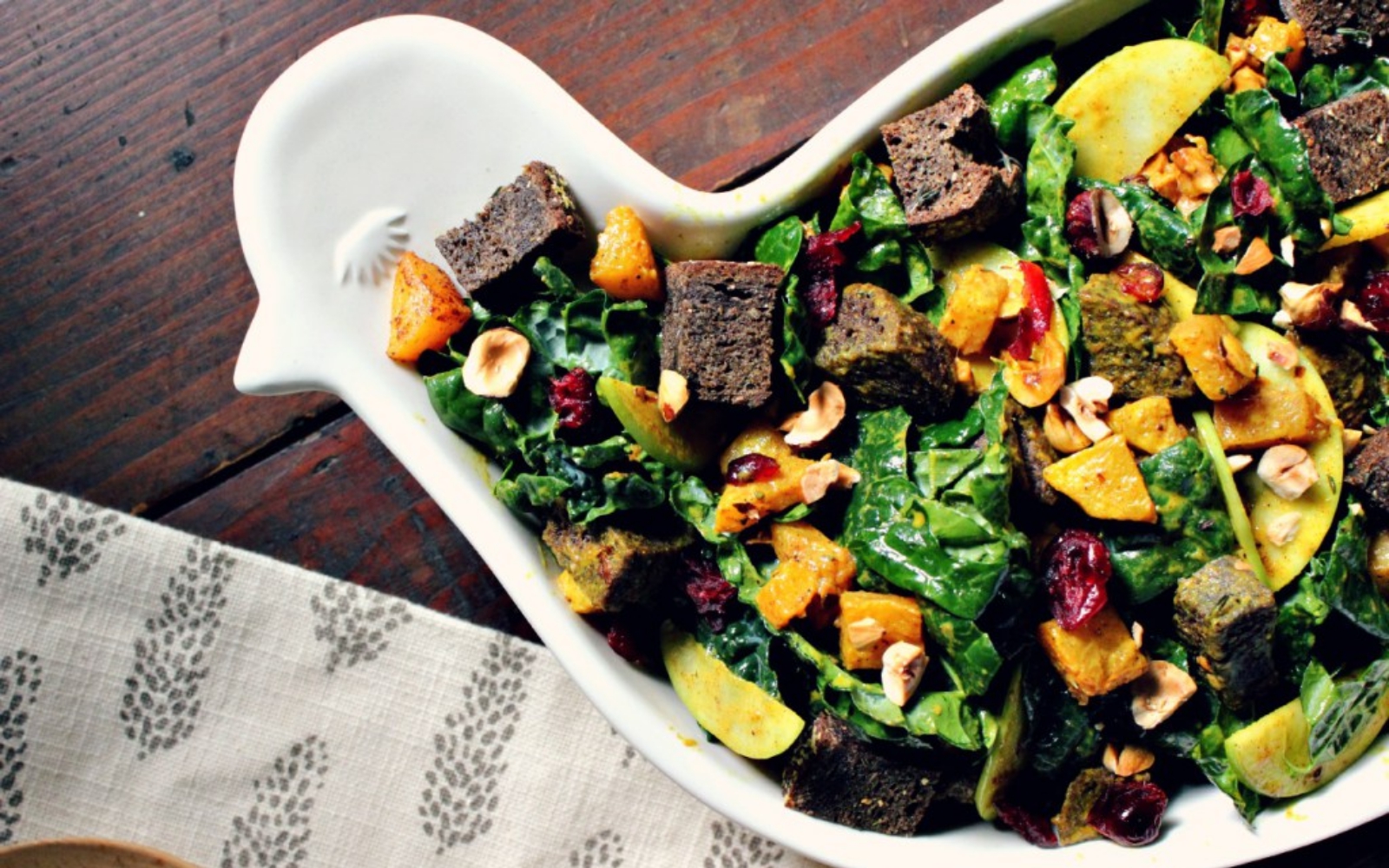 Panzanella is an Italian dish traditionally made of tomatoes and diced bread, and usually eaten during the summer. If tomatoes aren't in season, give this delicious fall panzanella a try. The tangy dressing goes well with the sweet and earthy tones of the butternut squash.

For the Turmeric Dijon Dressing:

Total Calories: 1,677 | Total Carbs: 193 g | Total Fat: 45 g | Total Protein: 13 g | Total Sodium: 740 mg | Total Sugar: 92 g Note: The information shown is based on available ingredients and preparation. It should not be considered a substitute for a professional nutritionist’s advice.