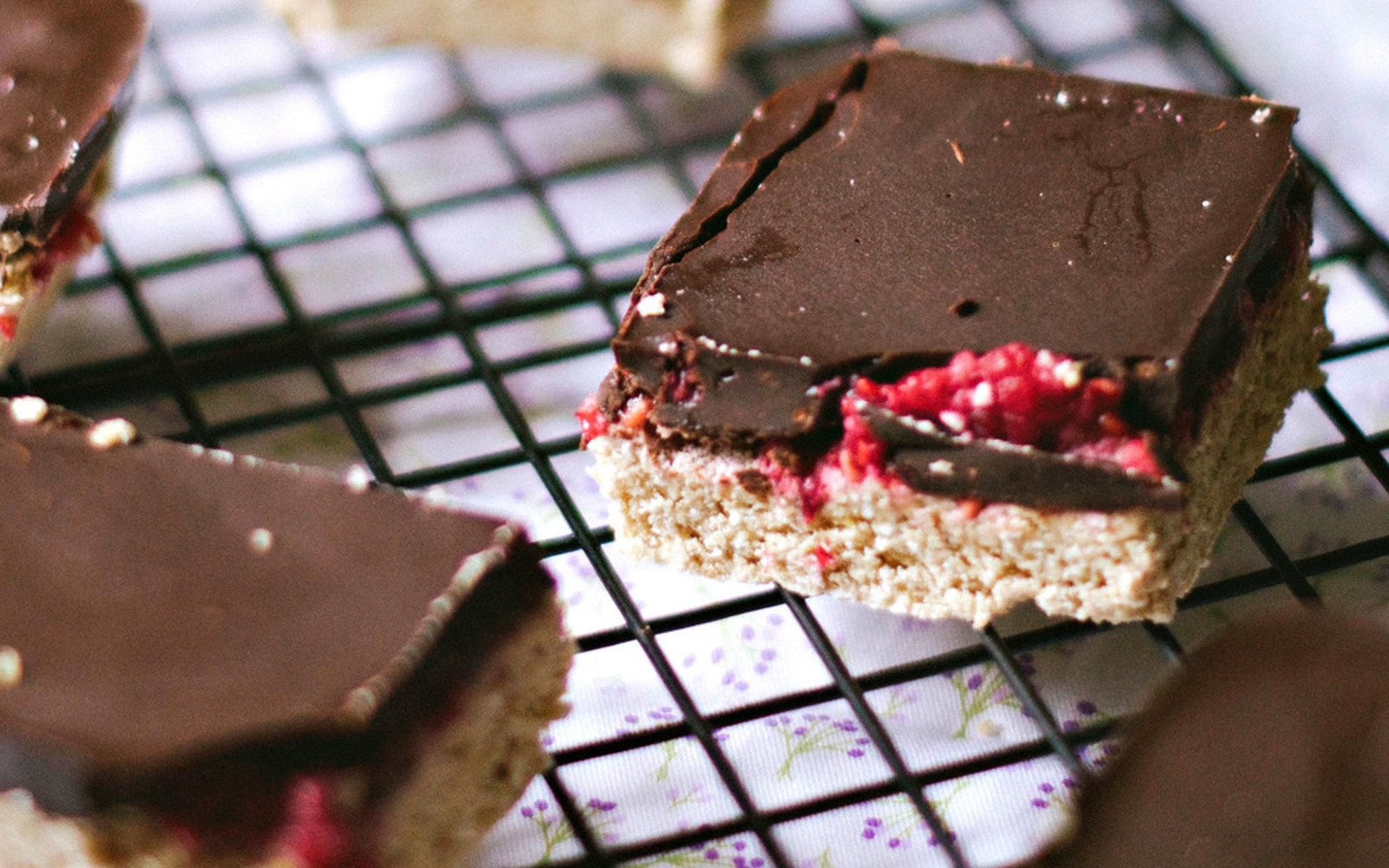 Dark chocolate and sweet, gooey raspberry filling sit atop a crumbly coconut flour crust in these no-bake bars. These bars are chewy and soft, and the trio of flavors go perfectly together. The chill they maintain from being set in the freezer makes them a refreshing and sweet option to go with your cup of tea.

For the Coconut Layer:

For the Raspberry Layer:

Hi there! I'm Maya. On my blog – Spice + Sprout – you will find original recipes, words, photography and stories of a plant-powered life! My food philosophy is simple: I eat what my body tells me will make it happiest, which 99 percent of the time is veggies and a vegan diet. I love food, community, art and most of all when those things intertwine. I am excited to share them all with you!