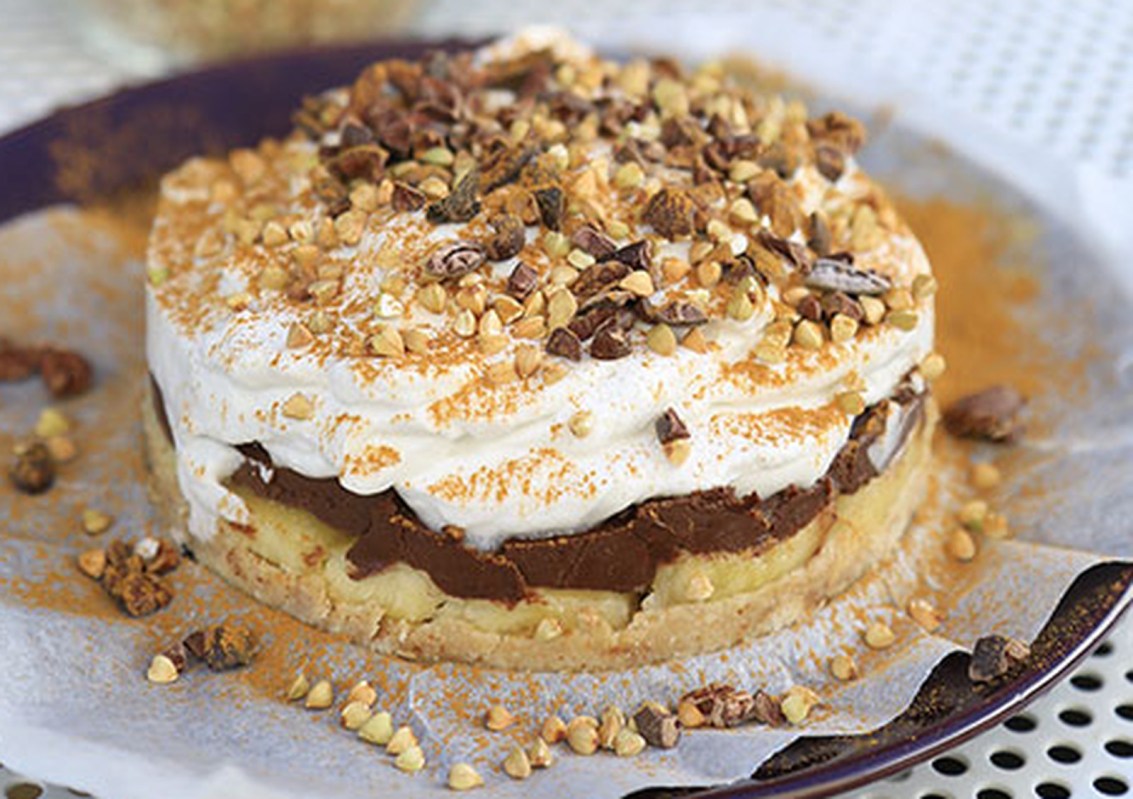 This vegan chocolate banana cake recipe will become your new BFF. Even though it looks fancy, it’s really easy to make. You’ll only need a few ingredients and a high-speed blender. Made in only a matter of minutes, it’s not only healthy, but heavenly, delicious, and totally decadent! This vegan chocolate banana cake is such a treat! Who doesn't love a no-bake cake? Especially one that is full of chocolatey, banana flavor. Extra coconut whipped cream on top, please!

For the Nougat Base:

For the Banana Layer:

For the Chocolate Cream Layer:

For the Coconut Whipped Cream:

To Make the Chocolate Cream:

To Make the Coconut Whipped Cream:

Total Calories: 1314 | Total Carbs: 61 g | Total Fat: 118 g | Total Protein: 15 g | Total Sodium: 761 g | Total Sugar: 25 g Note: The information shown is based on available ingredients and preparation. It should not be considered a substitute for a professional nutritionist’s advice.

Pauline Hanuise is a certified Holistic Recovery & Health Coach who helps women stop binge eating and making peace with food. She is the creator of her namesake blog, Pauline Hanuise, where she gives tips and advice about health and our relationship with food.