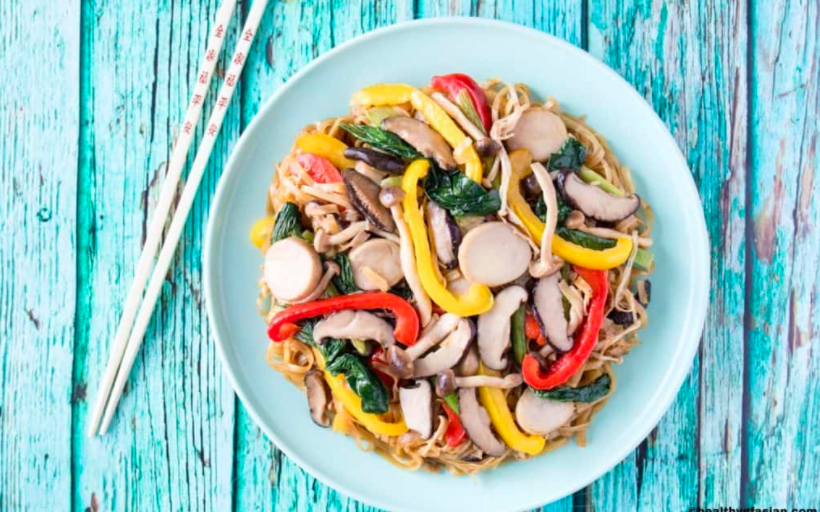 Edible mushrooms and fungi are regularly used in Asian cuisines, whether fresh or dried, particularly in Chinese and Japanese Cooking. I have included a mix of mushrooms stir-fried with choy sum and capsicums and tossed with gluten-free pad Thai noodles.

Per Serving: Calories: 400 | Carbs: 40 g | Fat: 23 g | Protein: 4 g | Sodium: 413 mg | Sugar: 7 g Note: The information shown is based on available ingredients and preparation. It should not be considered a substitute for a professional nutritionist’s advice.

Owner and founder of Healthy gf Asian, a healthy gluten-free Asian recipes, food and lifestyle blog. My blog focuses on gluten-free, lactose-free, healthy, simple, easy, delicious, and authentic Asian recipes based on lean meat, seafood, fresh fruits, and vegetables. I believe that gluten-free can be really tasty and yummy and no matter what food allergy or food intolerance you have, you can still enjoy healthy and delicious food.