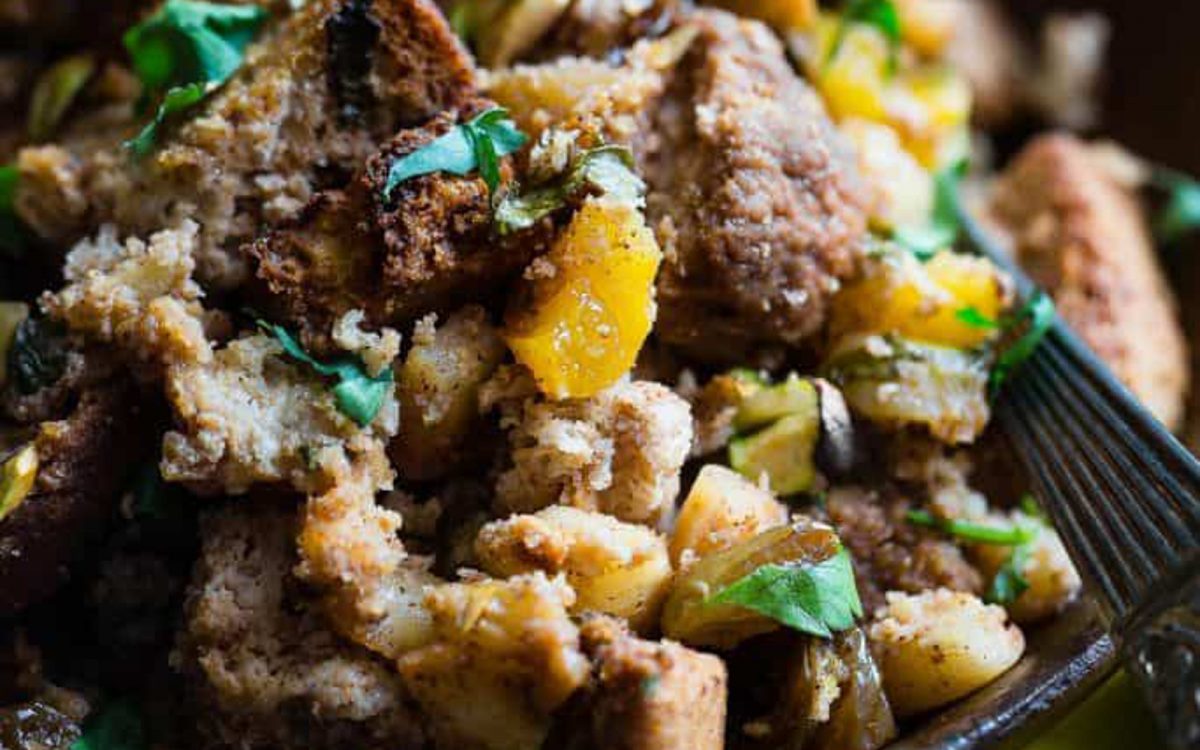 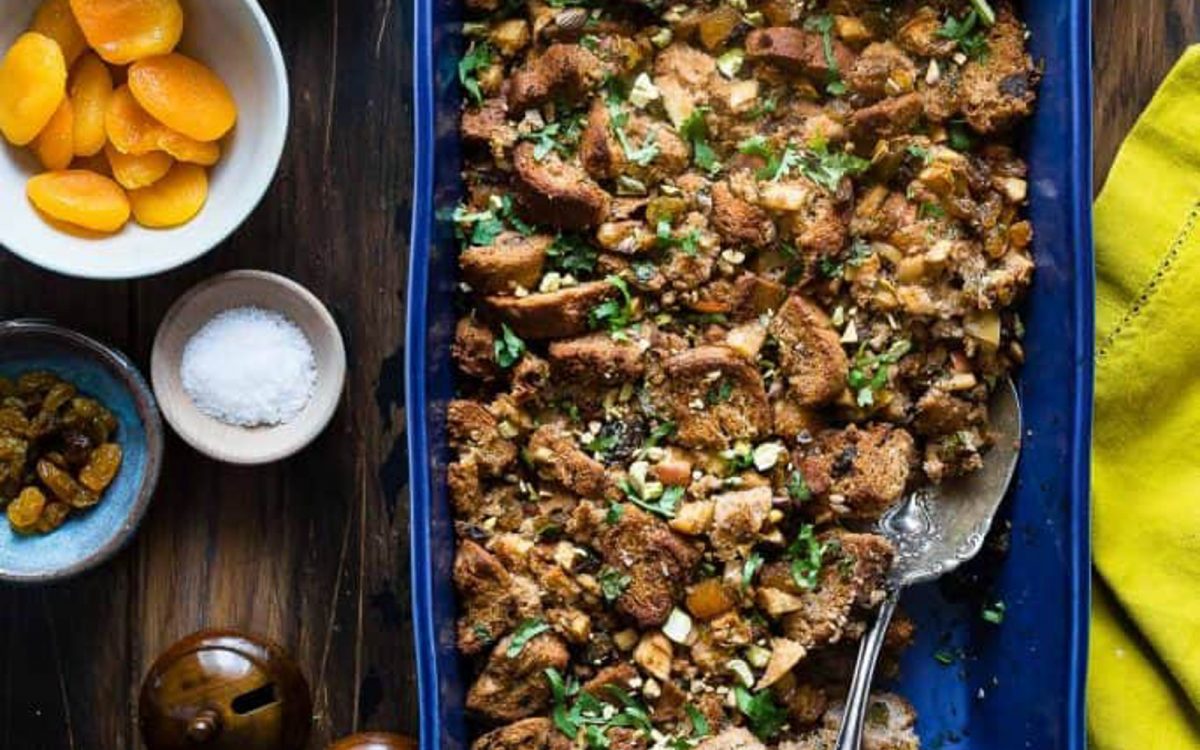 This simple gluten-free stuffing is made with spicy-sweet Moroccan flavors! It’s a healthy twist on a classic side dish that’s perfect for Thanksgiving! Just when you thought pillowy-soft cubes of bread could not get any more delicious and addicting, this super easy stuffing is changing the THANKSGIVING GAME. With its swirls of sweet, tender apples, chewy golden raisins, and apricots, its savory, SPICY, and warm flavor profiles of cumin, cinnamon, paprika, and a perfect pistachio crunch, you are never going to go back to Grandma’s traditional recipe.