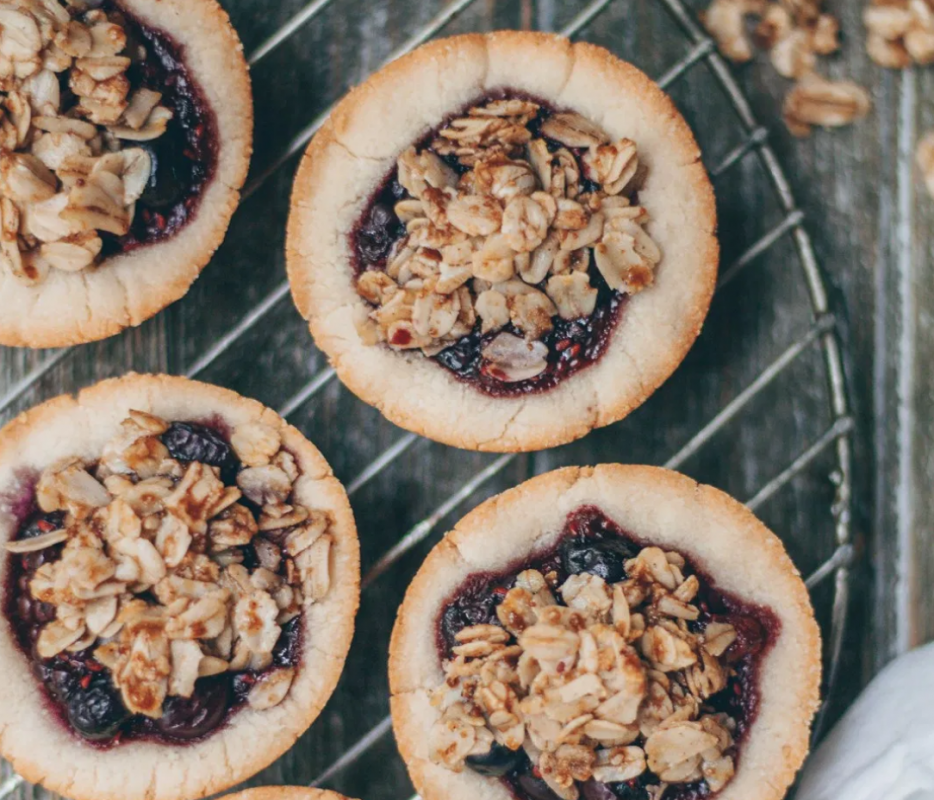 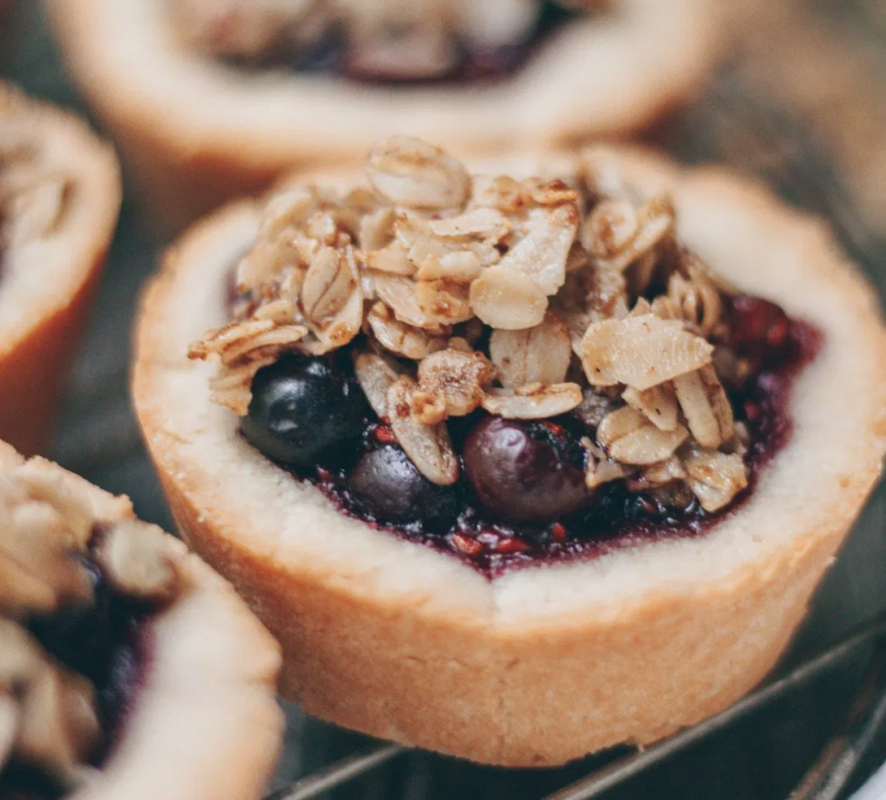 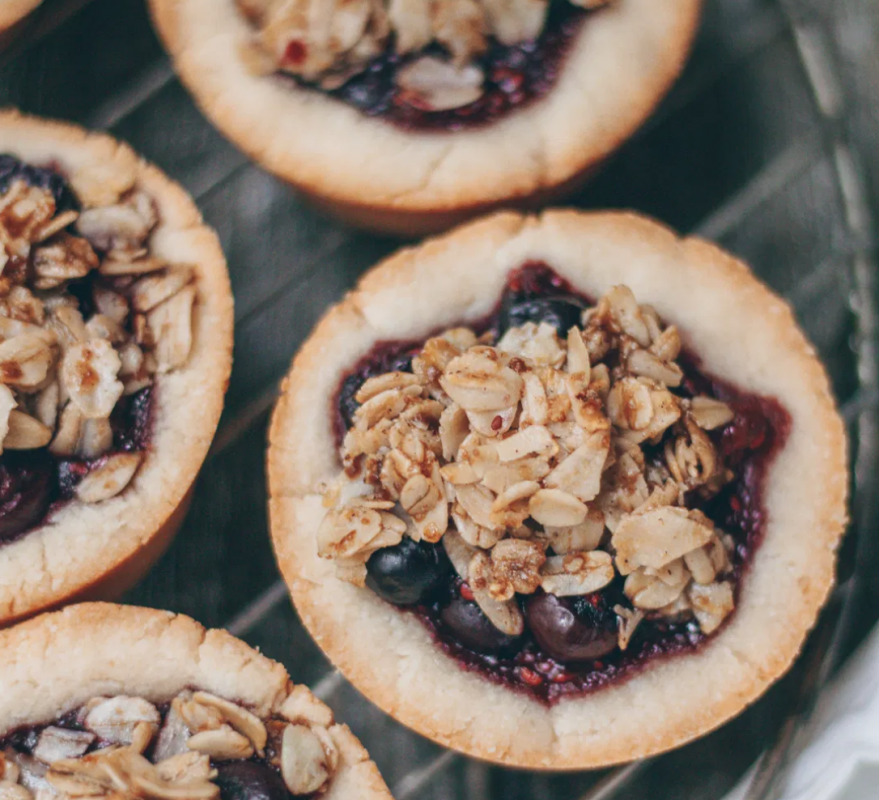 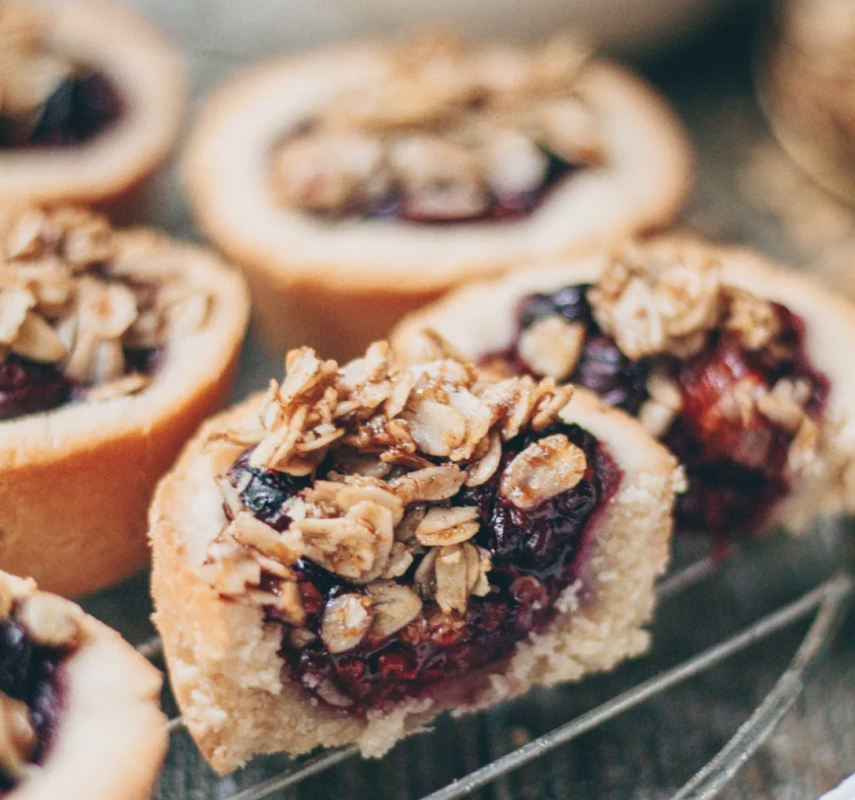 The shortbread crust is perfectly sweet and oh so buttery without the actual butter. The crust is filled with a slightly tangy but sweet mixed berry compote and topped with a crunchy, caramelly oat crumble. Are you drooling yet? With a buttery and soft crust, perfectly sweet mixed berry compote, and crunchy oat crumble, these mixed berry crumble tarts are the ultimate spring/summer dessert. They are also both gluten-free and vegan. Top these bad boys with some vegan vanilla ice cream or coconut whipped cream. Instead of mixed berries, they would also be good with frozen blueberries, raspberries, rhubarb, or other fruits.

For the Shortbread Crust:

For the Berry Filling:

For the Oat Crumble:

My name is Taavi Moore, and I am a graduate with my B.S. in Nutrition and Dietetics. My passion for nutrition and feeding the body with nourishing foods has translated into my love for sharing delicious recipes – found right here on my blog, Healthie Nut. I am a firm believer in the non-diet approach, intuitive eating, and HAES (Health at Every Size).