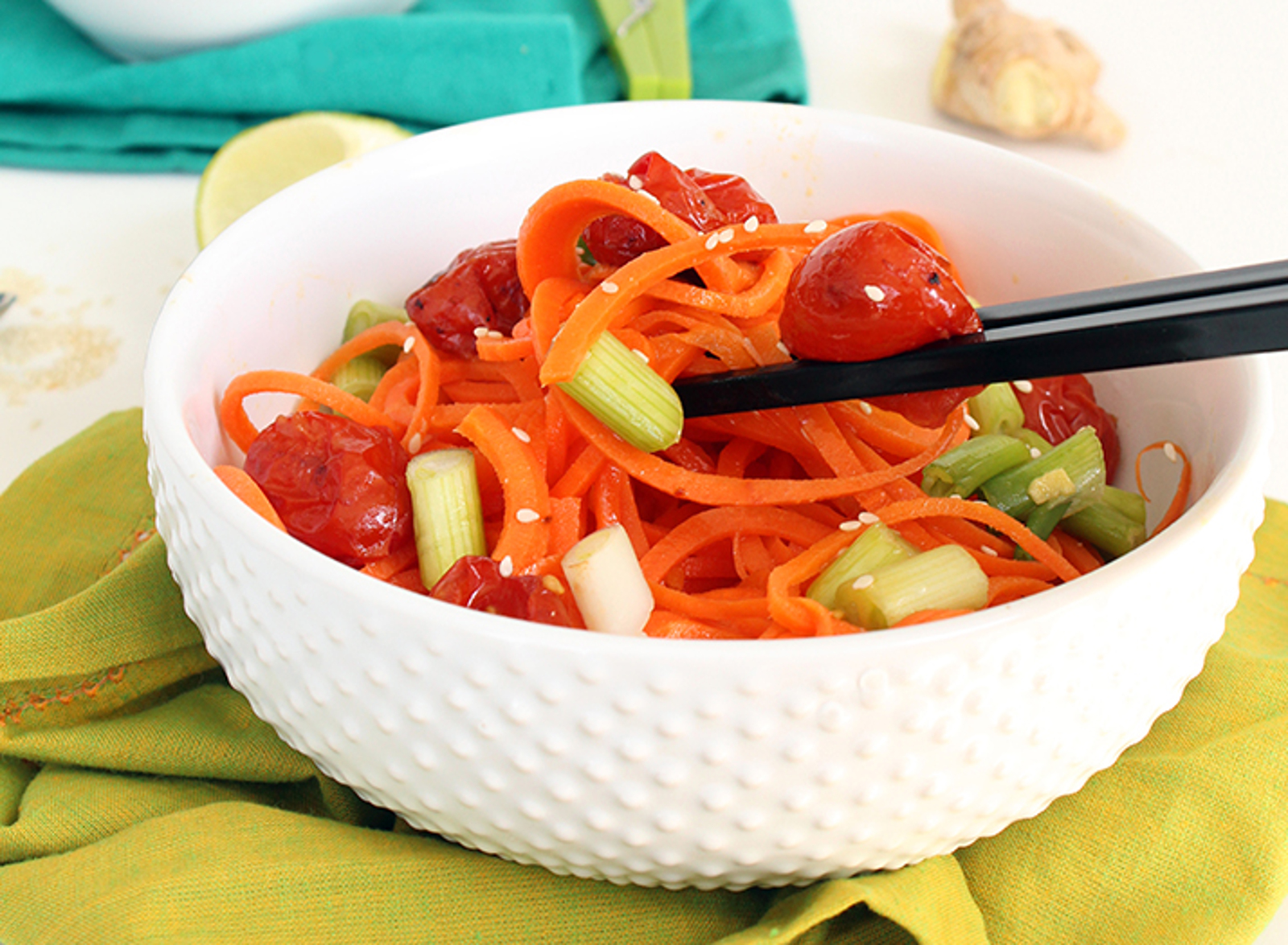 The miso here is genius. Roasted tomatoes with miso is my new favorite pastime. While the tomatoes roast, their flavors deepen, sweeten, and eventually burst. As they burst, the miso seeps further in the tomato skin. Now, if those last two sentences didn't want to make you try this recipe, I don’t know what will. Oh, maybe the fact that boiling carrot noodles is the best way to enjoy a carrot. The noodles resemble a whole wheat spaghetti noodle; it’s actually pretty uncanny.