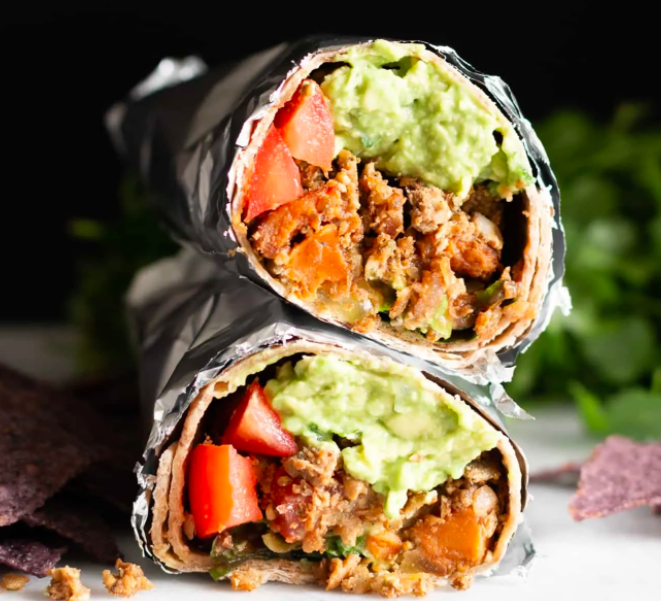 These loaded lentil burritos make for a simple and delicious meal. Customize them to your liking with your favorite vegetables and pack them with a vegan lentil meat. You'll get a nutritious vegetable-packed burrito with a fiber-rich plant protein.

For the Lentil Taco Meat:

For the Simple Guacamole:

For the Suggested Fillings:

For the Lentil Taco Meat:

I’m Caroline, a registered dietitian living in Kelowna, British Columbia. I help others eat more plants, improve their relationship with food and quit dieting. I want to inspire you to work on your relationship with food without trying to eat “perfectly.” Most of all, I want to share nutritious recipes that will make you fall in love with food and cooking all over again–recipes that will feed your body and your soul!