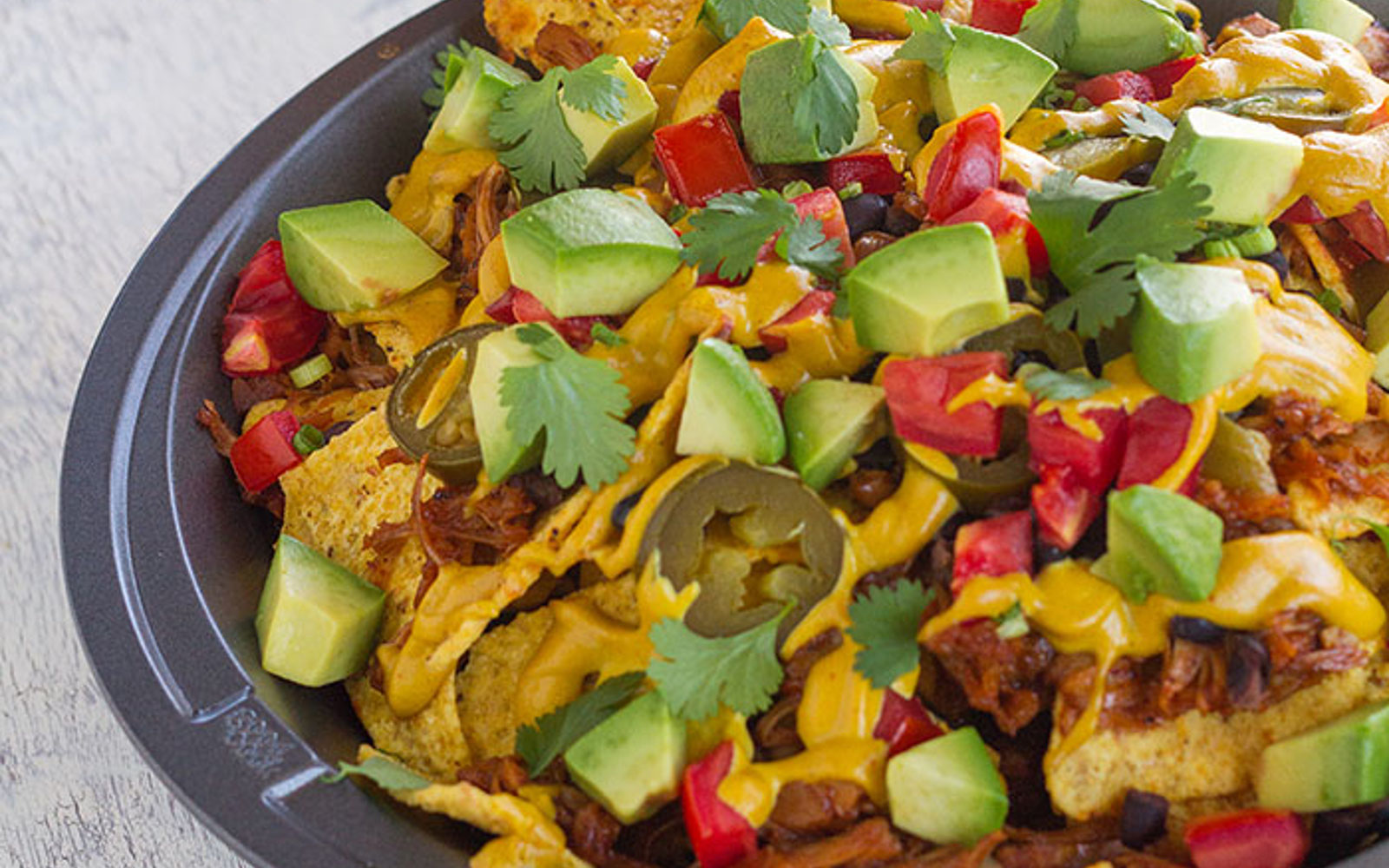 Here's a snack that's going to disappear in an instant. This awesome plate is made from layers of tortilla chips, topped with BBQ jackfruit, black beans, chopped tomatoes, sliced green onions, and pickled jalapeños. Then, it's drizzled with creamy cashew nacho cheese sauce and the whole process is repeated again. The nachos are then baked in the oven to warm them and topped wth ripe avocado, tomatoes, and fresh herbs.

For the Nacho Cheese Sauce:

For the BBQ Jackfruit:

To Make the Nacho Cheese Sauce:

To Make the BBQ Jackfruit:

To Make the Nachos:

Rachael Hutchings, the author of the blog La Fuji Mama, has eaten her way around the world, having lived in a variety of fun food locations, including Paris, Tokyo, Yokohama, Memphis, and Los Angeles. She features recipes that are a fusion of different tastes, influenced by the variety of places she has lived and visited and the people she has met.