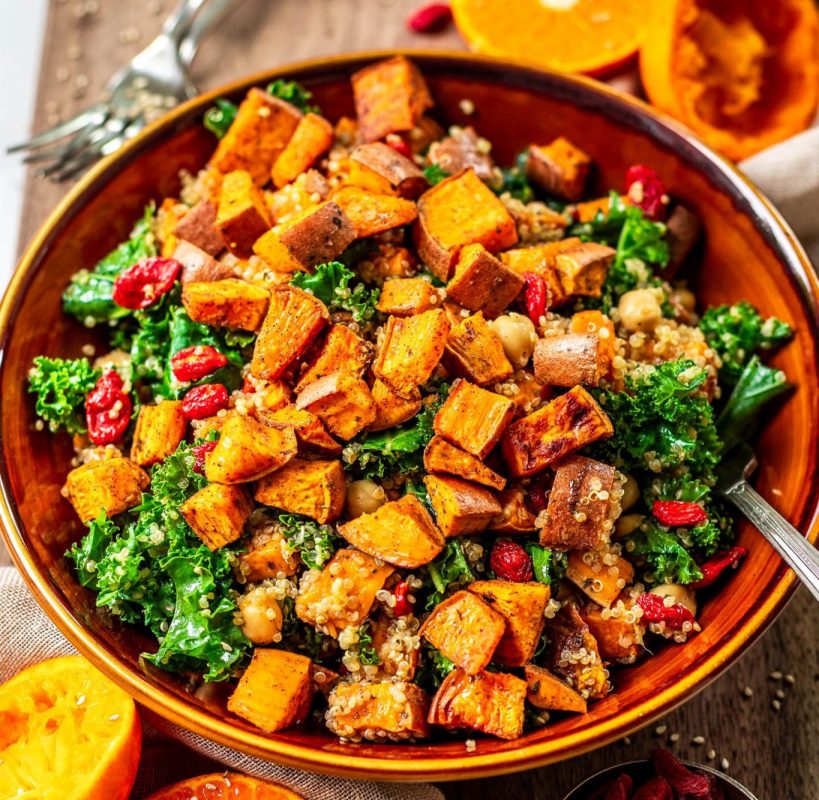 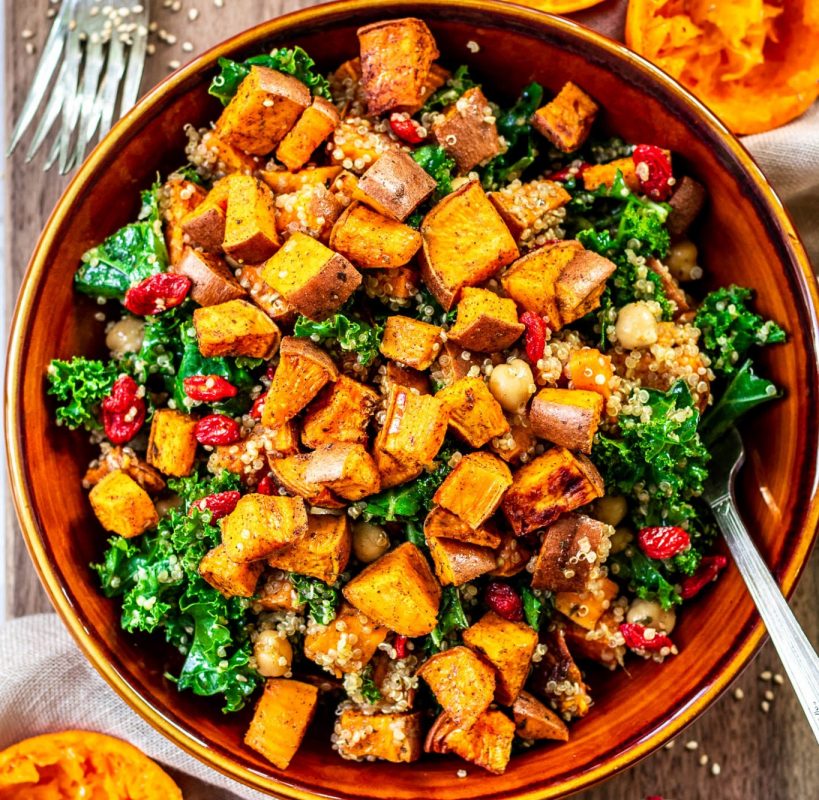 This warming and beautifully spiced salad is made with kale, quinoa, and sweet potato an drizzled with a spiced Moroccan-inspired dressing that’s infused with cinnamon, ginger, cumin and coriander.

Hannah is a plant-based food blogger from Toronto. She spent 4 years living in France where she started her blog, Two Spoons. Hannah's recipes are intended for everyone to enjoy, vegan or not, to introduce more plant foods into your diet. She shows just how delicious plant-based eating can be, without compromising on taste.