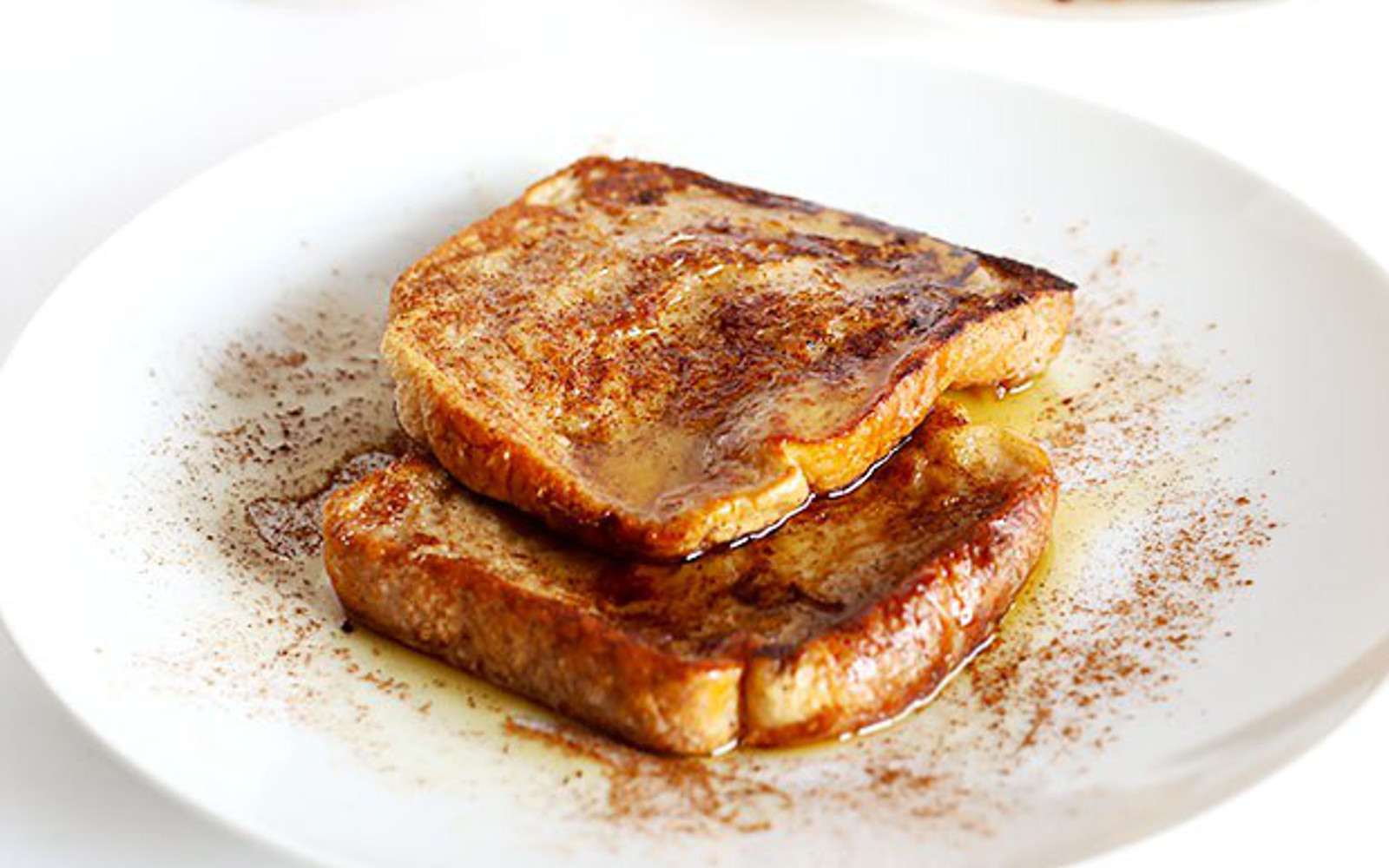 The banana batter makes this a healthier alternative to a classic brunch favorite!

For the Batter: For the French Toast:

I'm Michele, a vegan food blogger over at Two Raspberries, where I take all things yummy and make them vegan!  I live for happiness, health, balance, and freedom in life.  I love to make salads and cookies, so you'll be sure to find something you love! So have fun in the kitchen with me, and let's make some delicious vegan creations!