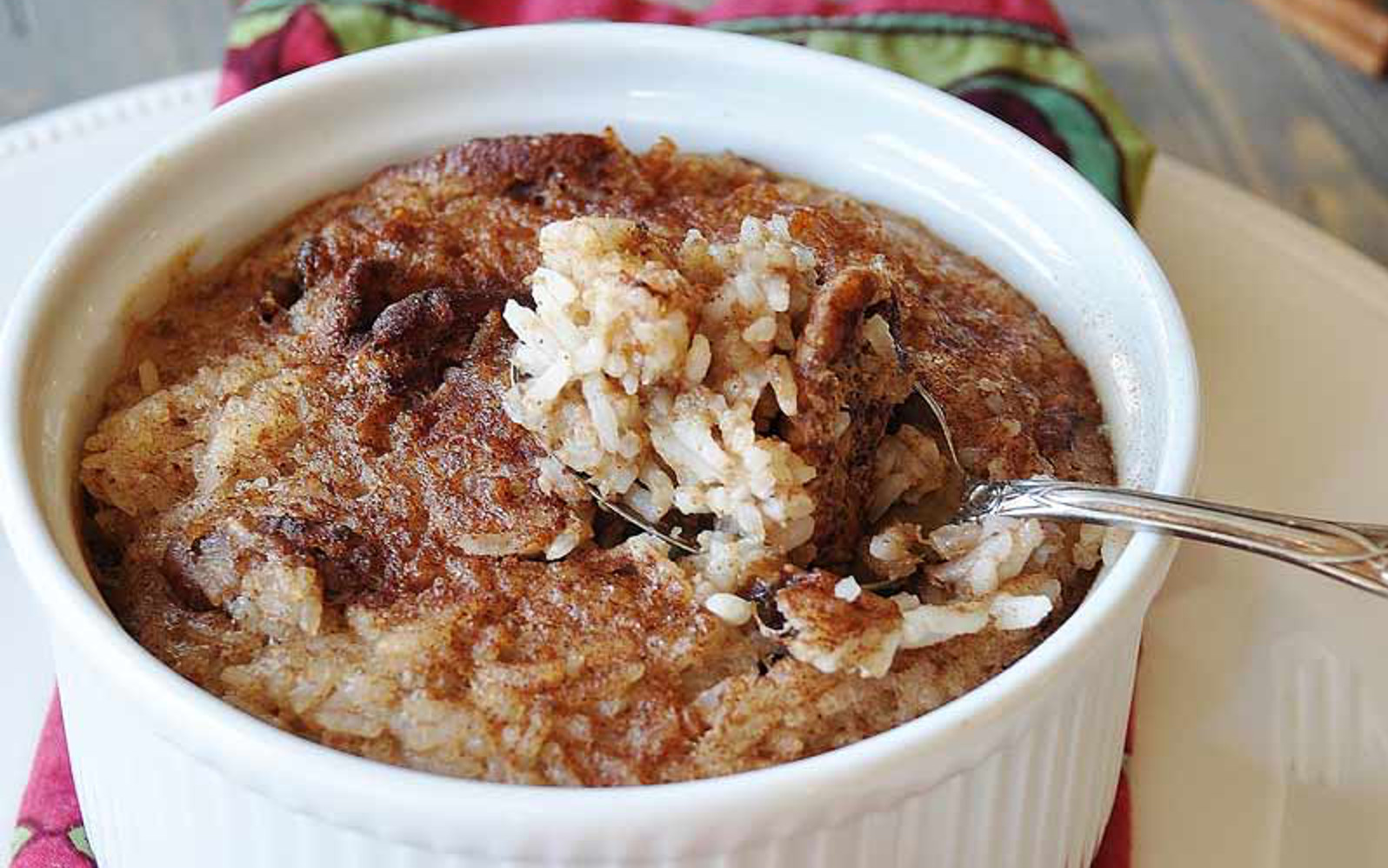 A sweet and creamy treat made with vegan nog, rice, and savory spices. Perfect for the holiday season!

Can be stored in the refrigerator for up to 3 days!