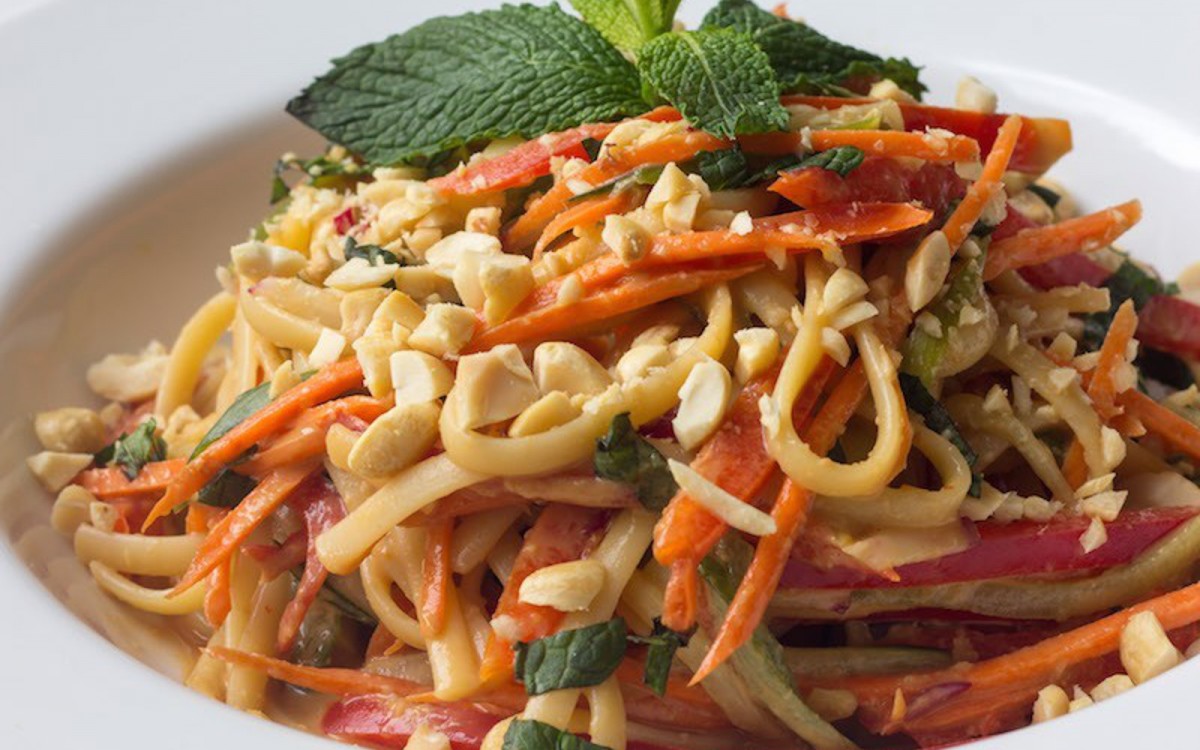 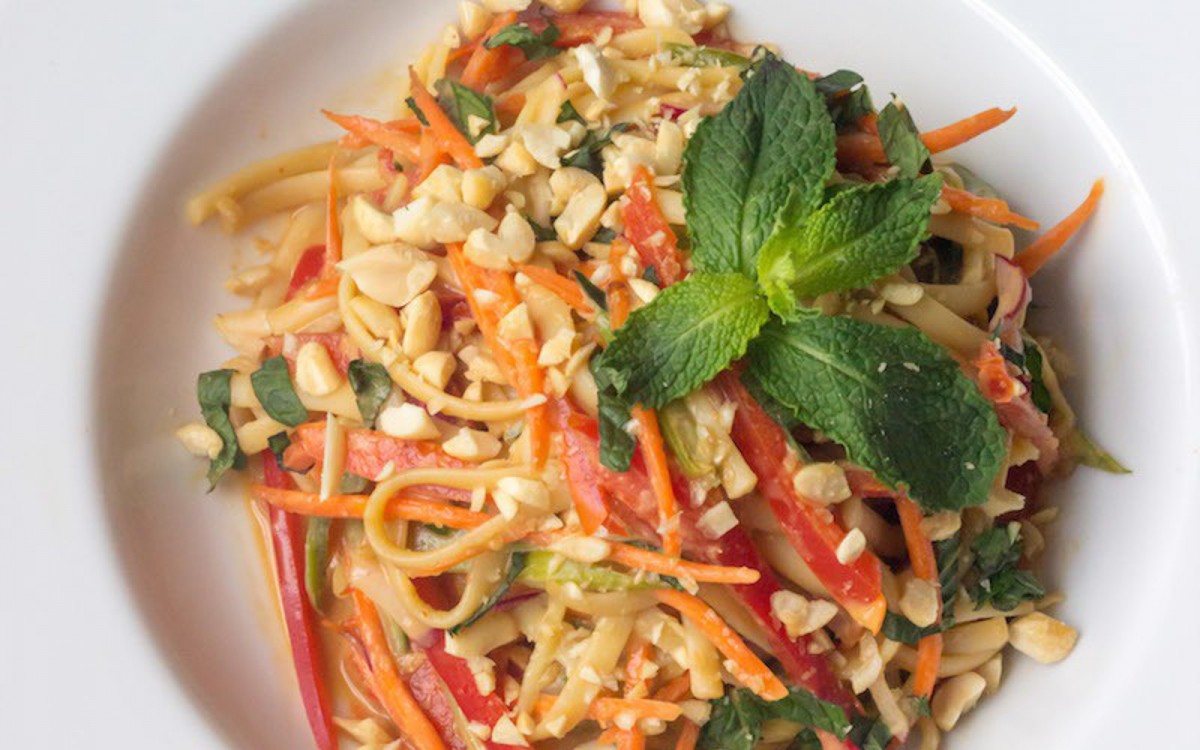 While this may at first look like your typical noodle dish, it’s actually quite vegetable-forward. The recipe calls for just a quarter pound of pasta noodles but serves a healthy portion to two people. That’s because it features tons of red bell pepper, cucumber, carrot, radish, and scallion in a delicious peanut sauce. The reasonable portion of noodles doesn’t weigh you down, and the variety of vegetables helps make it a balanced meal.

Total Calories: 983 | Total Carbs: 157 g | Total Fat: 48 g | Total Protein: 45 g | Total Sodium: 2508 g | Total Sugar: 30 g Note: The information shown is based on available ingredients and preparation. It should not be considered a substitute for a professional nutritionist’s advice.