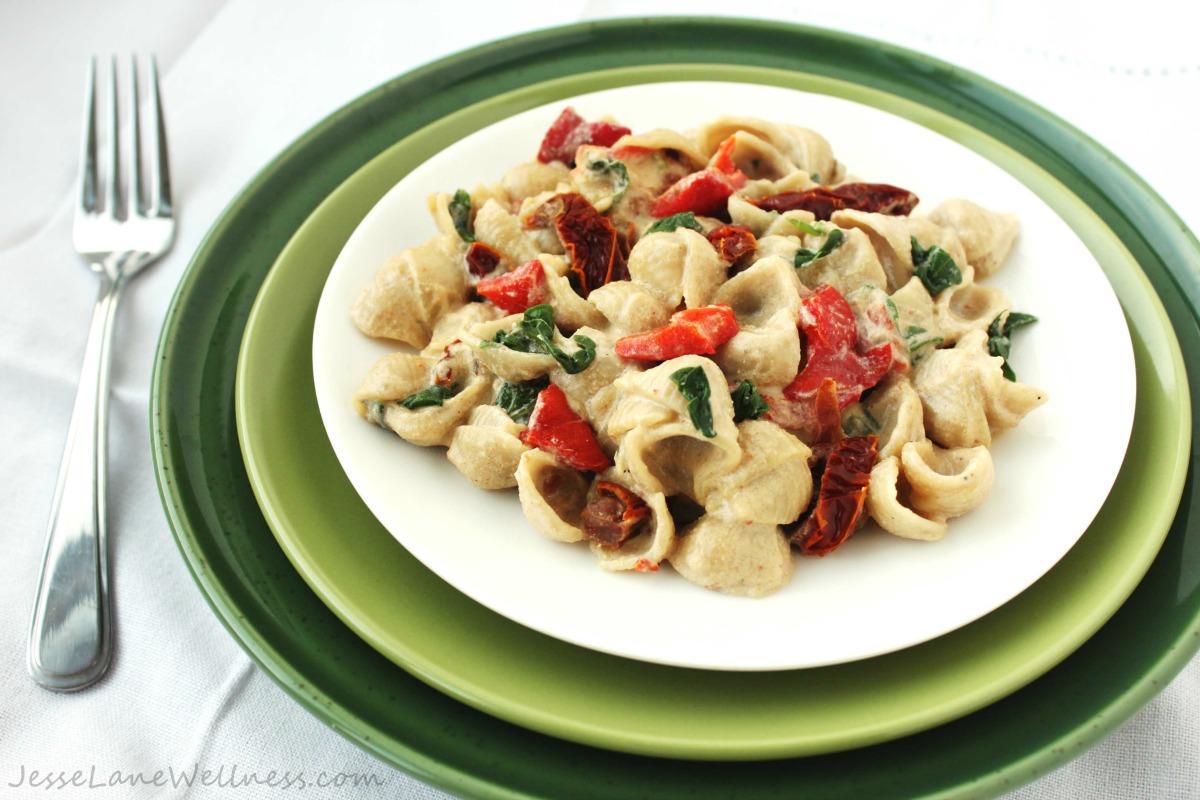 Creamy Cashew Alfredo Pasta is a rich and creamy dish made with nutritional yeast and cashews instead of heavy cream. It has sun-dried tomatoes, spinach and roasted red peppers for extra flavor and you can add a spicy kick with red pepper flakes. I like to use gluten-free rice pasta for this recipe to make it gluten free as well. Creamy Cashew Alfredo Pasta is an amazingly delicious gluten-free meal that will keep you coming back for more.

Per Serving: Calories: 427 | Carbs: 58 g | Fat: 16 g | Protein: 15 g | Sodium: 389 mg | Sugar: 10 g Note: The information shown is based on available ingredients and preparation. It should not be considered a substitute for a professional nutritionist’s advice.