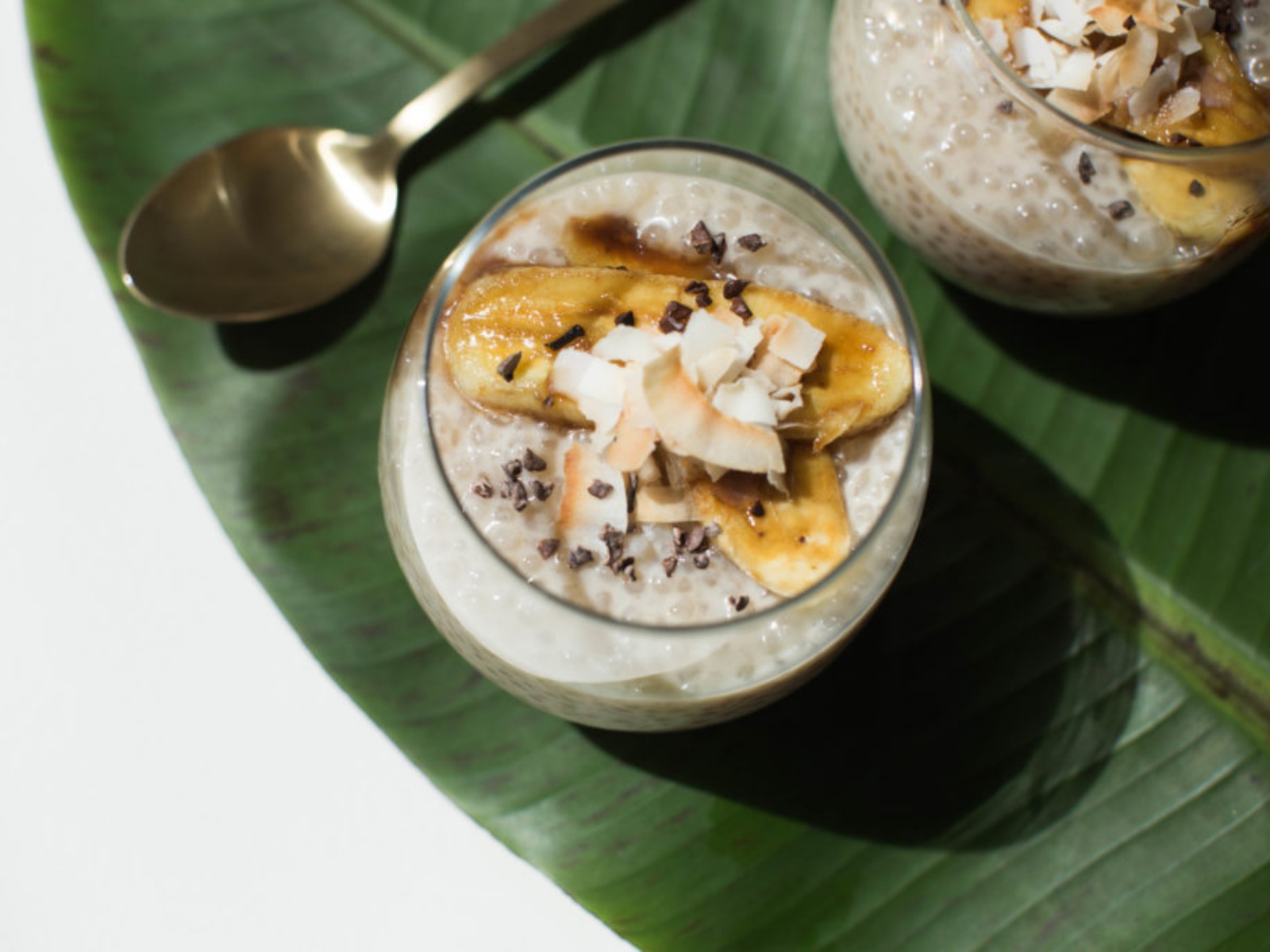 You may remember tapioca from your childhood snack puddings? Here's an upgraded coconut pudding version. This vegan tapioca pudding is made with creamy coconut milk, cardamom, caramelized bananas, and cacao nibs for a bit of texture. Tapioca, made from the cassava plant, is loaded with iron, calcium, folate, and manganese. Much like chia, it can absorb several times its weight in liquid, making it a hydrating snack option. Grab a spoon and give this vegan tapioca pudding a try!

Claire Ragozzino is a certified yoga instructor and Ayurvedic counselor with a background in holistic nutrition and natural cooking. Her work is dedicated to bringing yoga, Ayurveda, and nutrition to a modern lifestyle. She is the author of the popular site Vidya Living. Her first book Living Ayurveda Cookbook offers a comprehensive Ayurvedic cooking and lifestyle guide. In addition, Claire works with clients around the globe and leads immersive workshops and retreats.