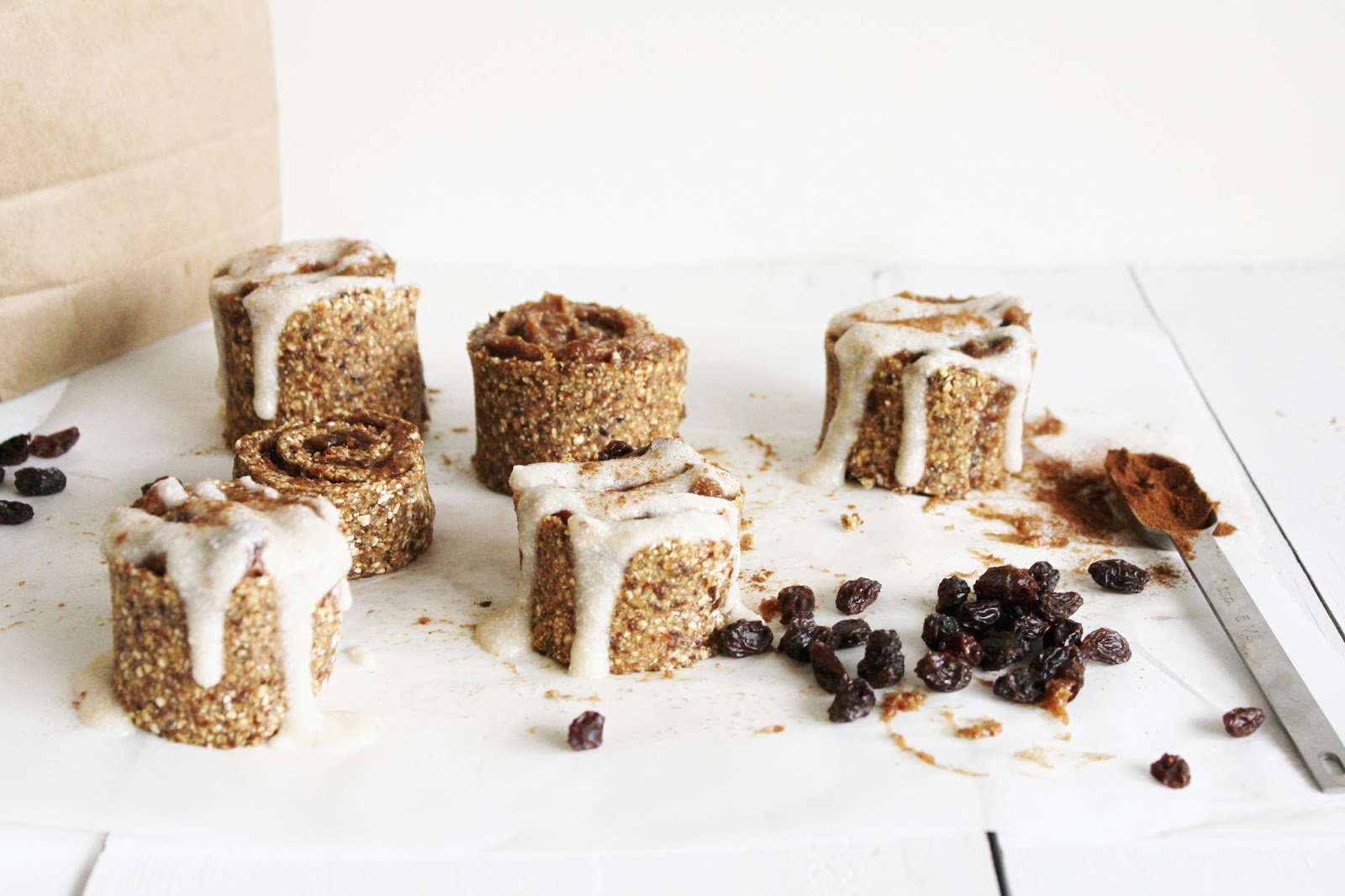 These guys are freaking awesome. They are low fat-ish, nut-free, and gluten-free so eat as many as your heart desires. Oh and duh - they're also raw and vegan which means no processed or refined ingredients and no dairy, eggs, or other weird substances from animals that I don't desire! Hmm... what if when a recipe doesn't have eggs in it, we call it fetus-free? That makes sense, doesn't it? I crack myself up... JUST myself, most likely. You're probably sitting at your computer like "who IS this girl... she is crazy." Well, I won't disagree. I probably am nuts; but I can still appreciate a good cinnamon roll!

For the Caramel Raisin Filling: