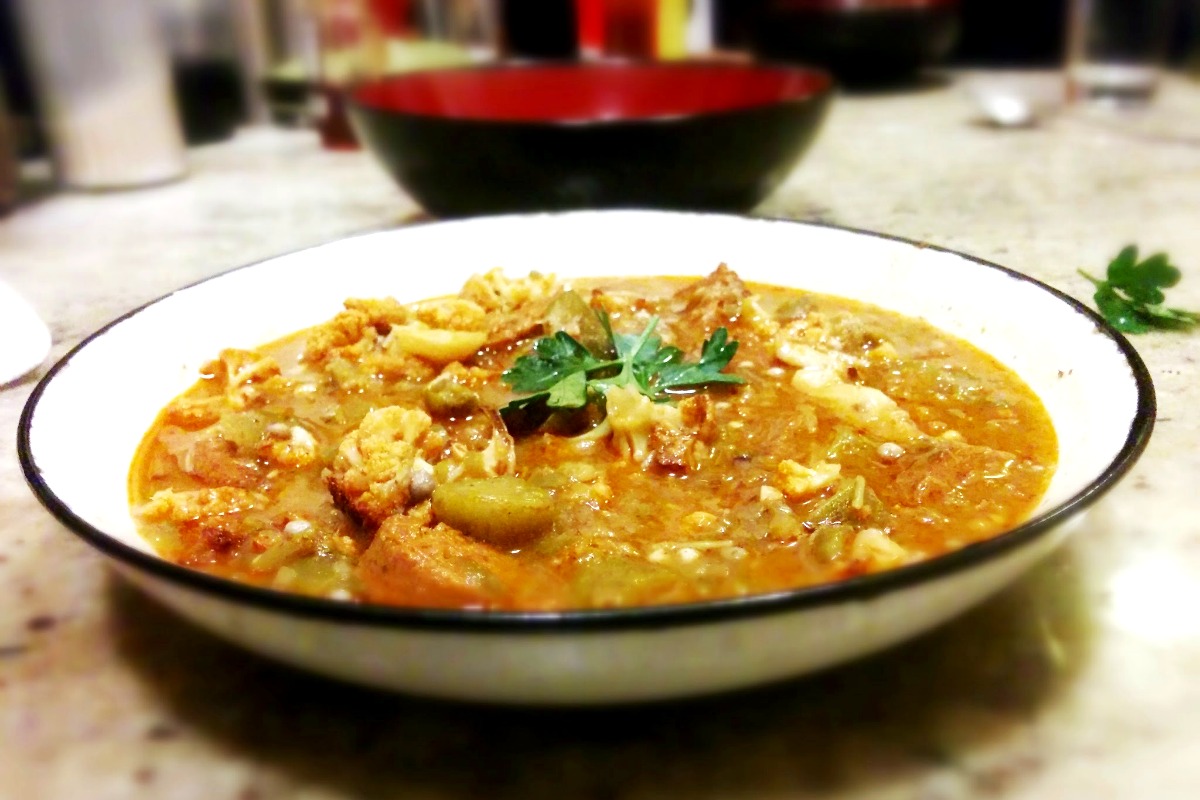 If you’ve never heard of it before, etouffée is a Cajun/Creole dish from New Orleans that traditionally consists of seafood (usually crawfish) “smothered” in a rich, spicy gravy thickened with a butter-based roux. So, um, unfortunately not such a vegan friendly meal. Given its focus on animal products, I should hate Cajun/Creole food, but I just can’t break up with it. I set about making a vegan version and the end result was so good, I’m tempted to throw a Mardi Gras party just to have an excuse to show it off.

Sara B. Allen is an avid foodie and adventurous home cook who adopted a plant-based diet after coming to the realization that eating animals did not jibe with her mind, body, or heart.  She is the author of Just Abt Vegan, a blog showcasing vegan recipes, cooking and lifestyle tips, and personal essays. Most evenings, you can find her in her itty-bitty Manhattan kitchen, cooking and splattering delicious sauces and gravies all over the counters and walls.