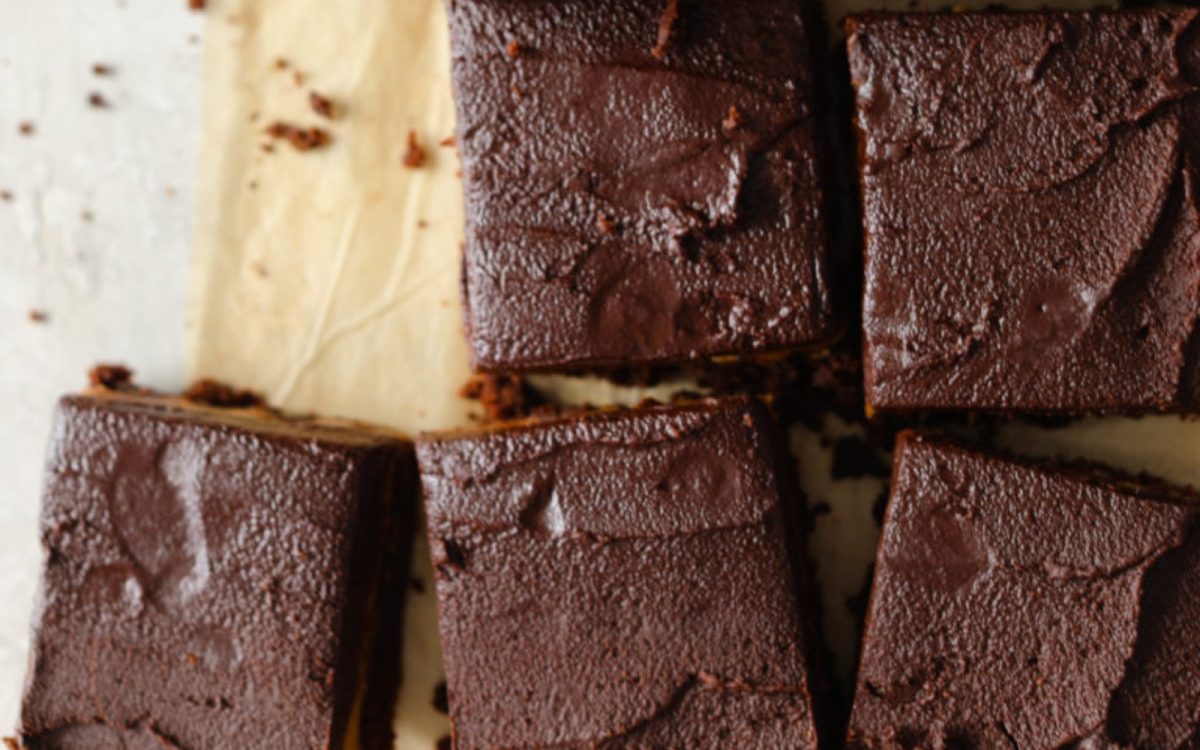 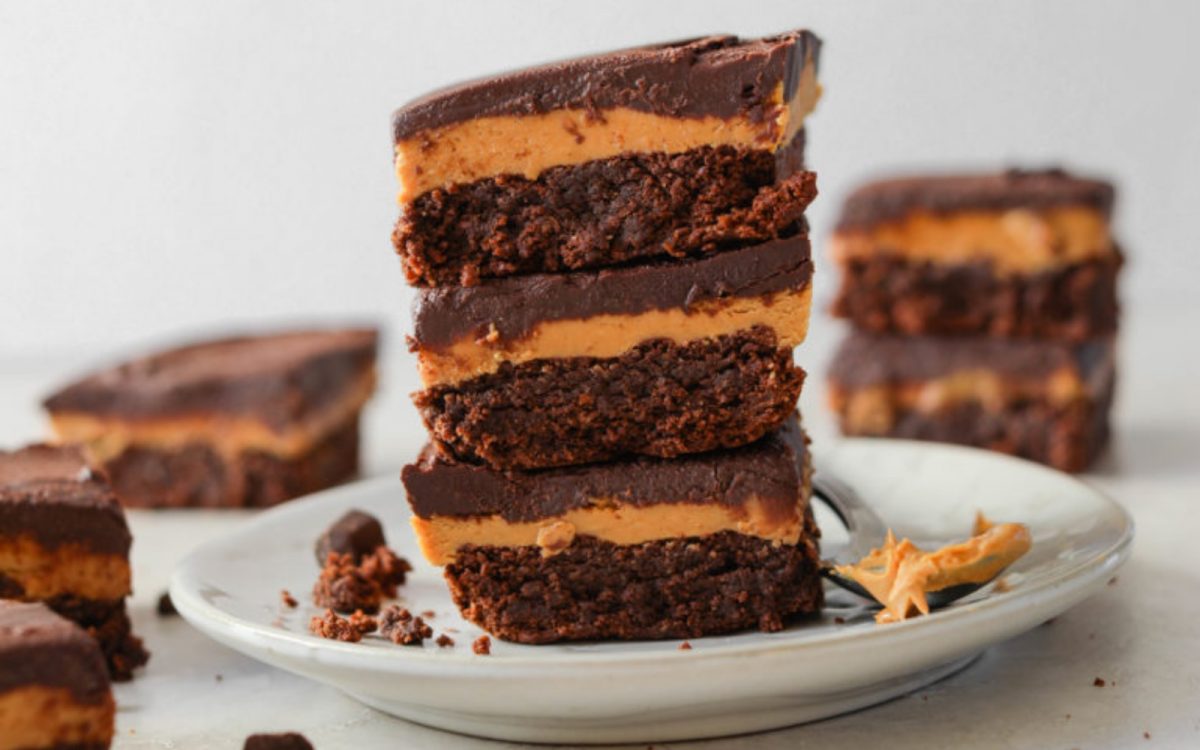 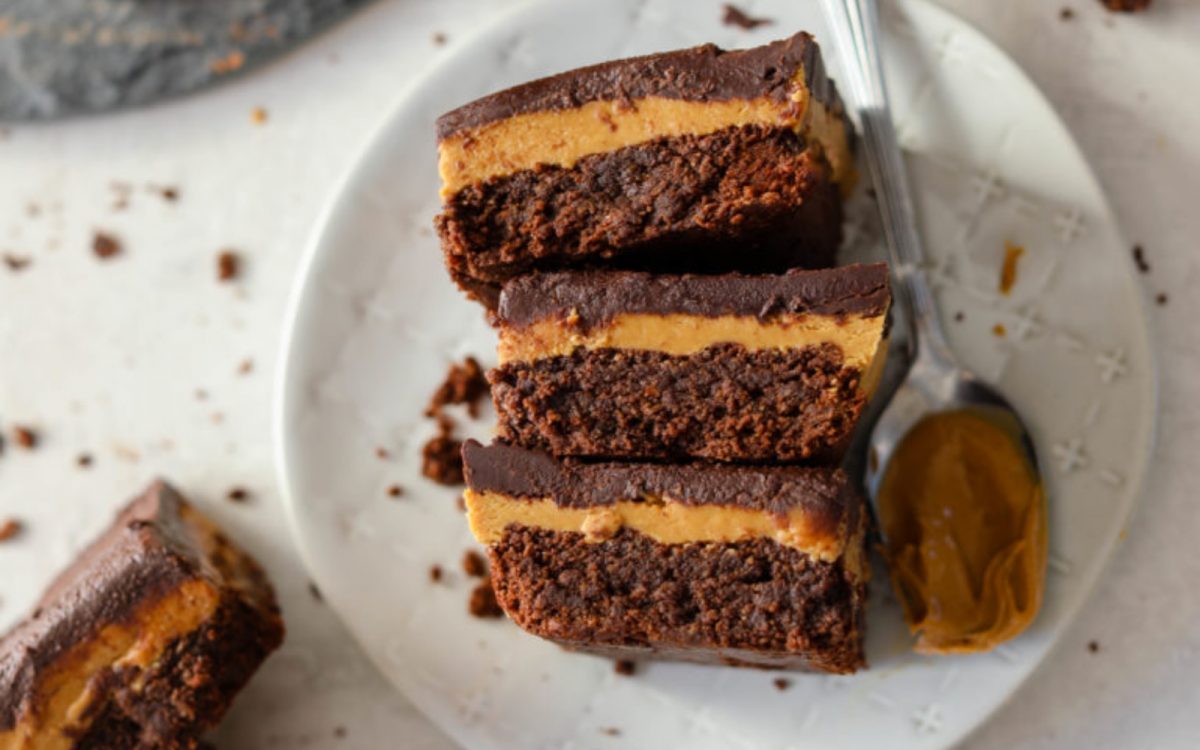 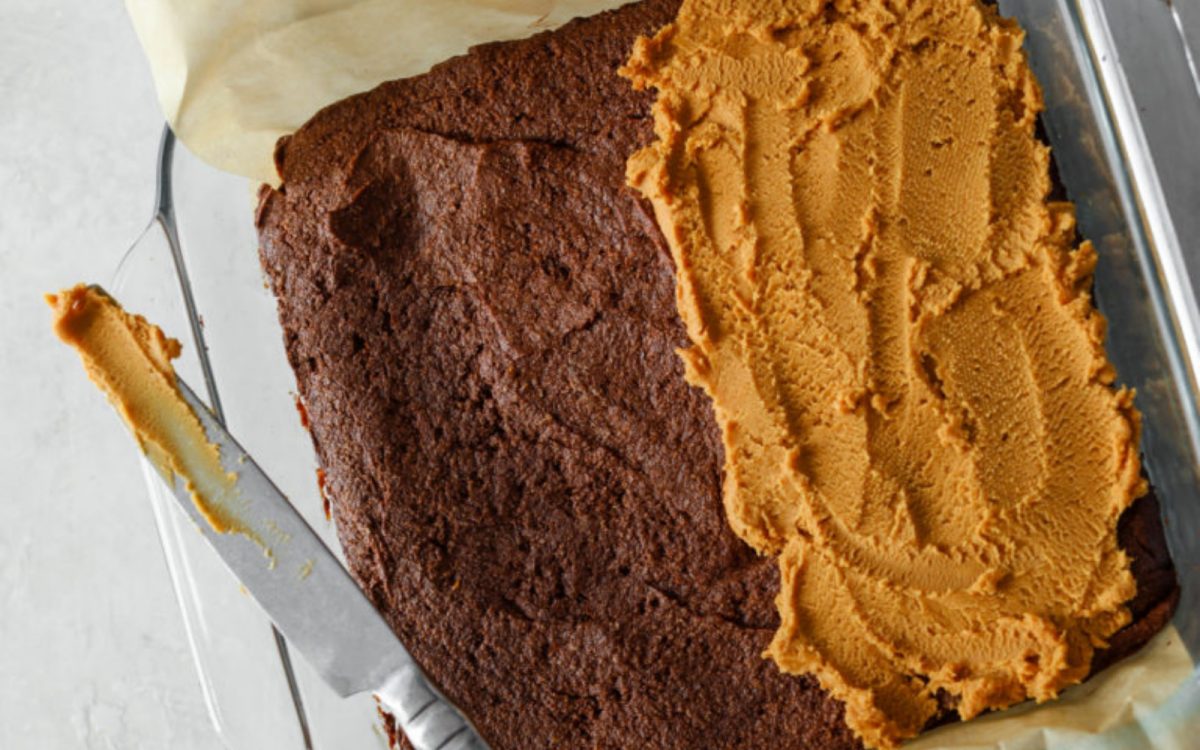 For the Brownie Layer:

For the Buckeye Layer:

I make healthy and creative plant-based dishes with whole foods on my blog, Flora and Vino. Many of them are gluten-free, oil-free, and grain-free. My golden retriever, Harper, is my unofficial mascot. I love to be active and enjoy yoga, reading, and trying new Virginia wineries!