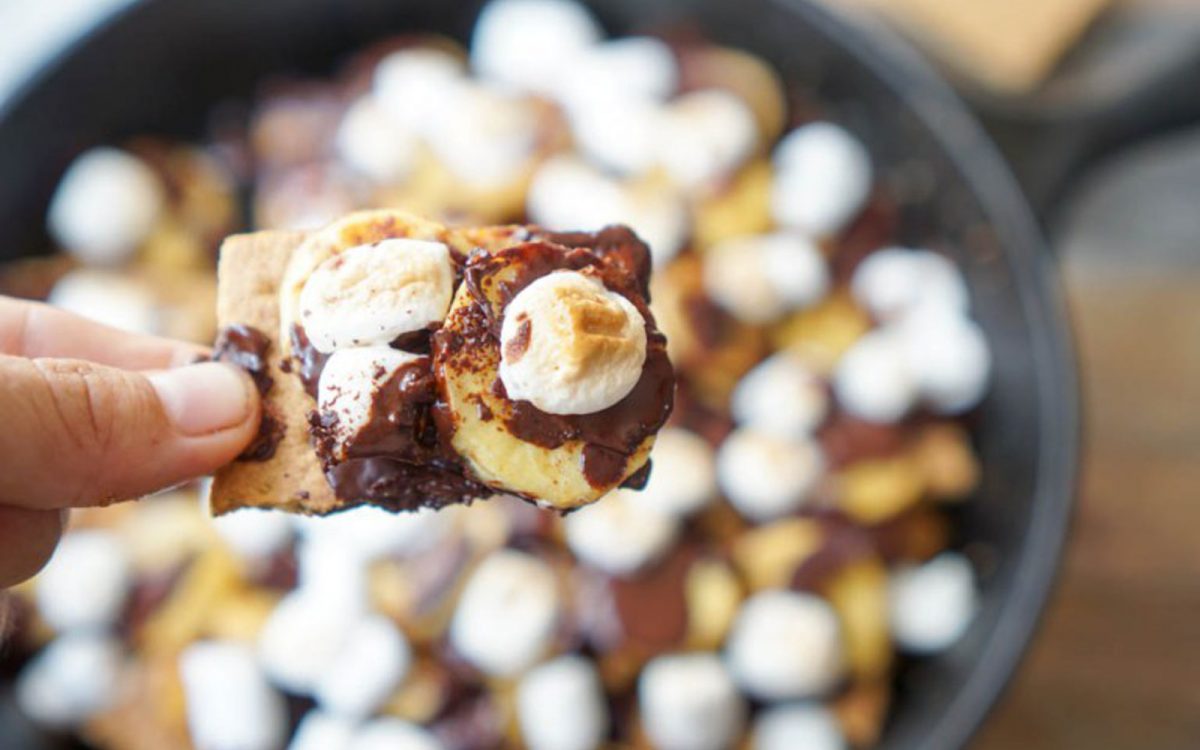 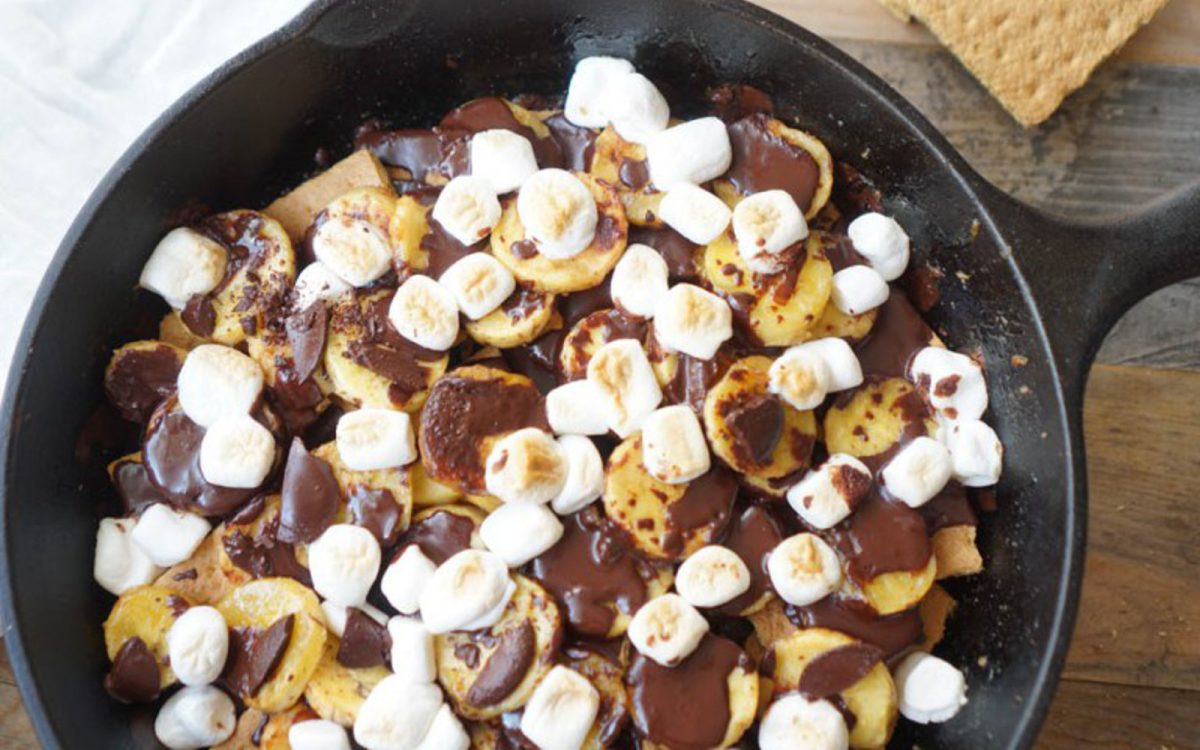 This simple vegan dessert is ideal for those who don't want to start a campfire! This skillet is packed with gooey chocolate and marshmallow goodness. The caramelized bananas keep the s'mores dip from feeling overly indulgent. Break apart some graham crackers into dipping sticks to get the true s'mores experience.

Per Serving: Calories: 213 | Carbs: 33 g | Fat: 7 g | Protein: 3 g | Sodium: 133 mg | Sugar: 21 g Note: The information shown is based on available ingredients and preparation. It should not be considered a substitute for a professional nutritionist’s advice.

I'm Emma, food enthusiast, clean-eating recipe creator, amateur photographer, life-liver, eater, traveler, farmers market addict, triathlete, healthy ice cream maven, and health & fitness nut. One of my many thoughts on life is: Discover yourself through discovering the world. I share my creations and musings for a healthy & balanced lifestyle on my blog, Craving Nature.