By Eat Like You Give A Fork by Mareya Ibrahim 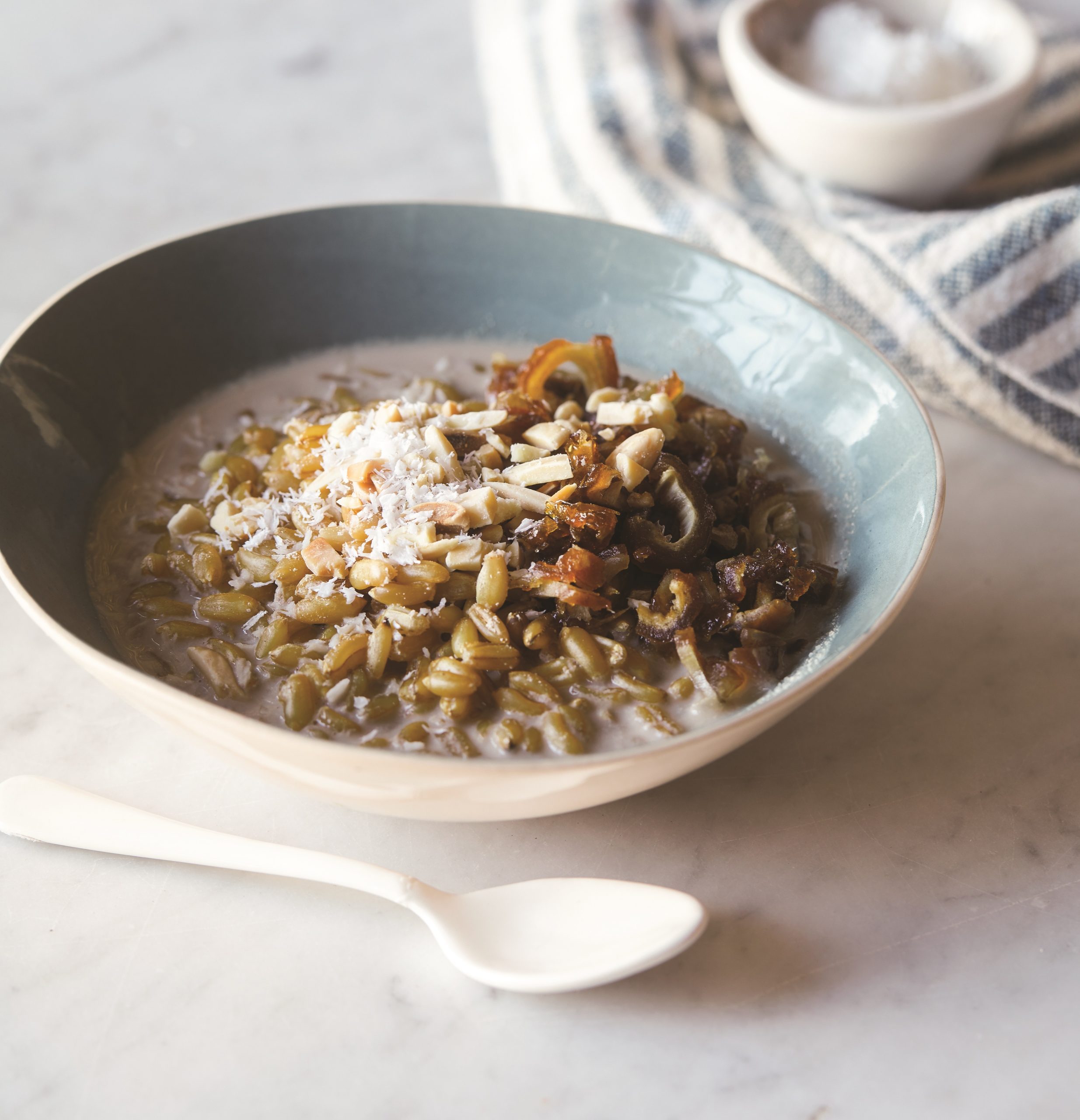 There is nothing better than the smell of the buckwheat simmering, coconut and cinnamon wafting through the air. Despite the name, there’s no wheat in here, so it’s gluten-free. It’s also referred to as groats. This comes together in a flash if you precook the buckwheat in the rice cooker, and the best part is, you can eat it hot or cold.

Per Serving: Calories: 244 | Carbs: 53 g | Fat: 3 g | Protein: 7 g | Sodium: 71 mg | Sugar: 20 g Note: The information shown is based on available ingredients and preparation. It should not be considered a substitute for a professional nutritionist’s advice.

Eat Like You Give A Fork by Mareya Ibrahim

Mareya’s fun and holistic approach to food will have readers both laughing and getting serious about their cooking at the same time. The eight essential strategies she bases her recipes on are: Reset Your Taste Buds, Stock Your Real Kitchen, Get Up on Greens, Take a Vegan Fast Break, Go Gluten-Free Super Grains, Fill in with Good Fat, Become Real Dense, and Live the 90/10 Rule. With over twenty-five years in the food industry and as the host of the popular Facebook Live show The Real Dish, as well as the podcast Recipes For Your Best Life, Mareya’s knowledgeable guidance and great palate will make readers rethink the word diet!