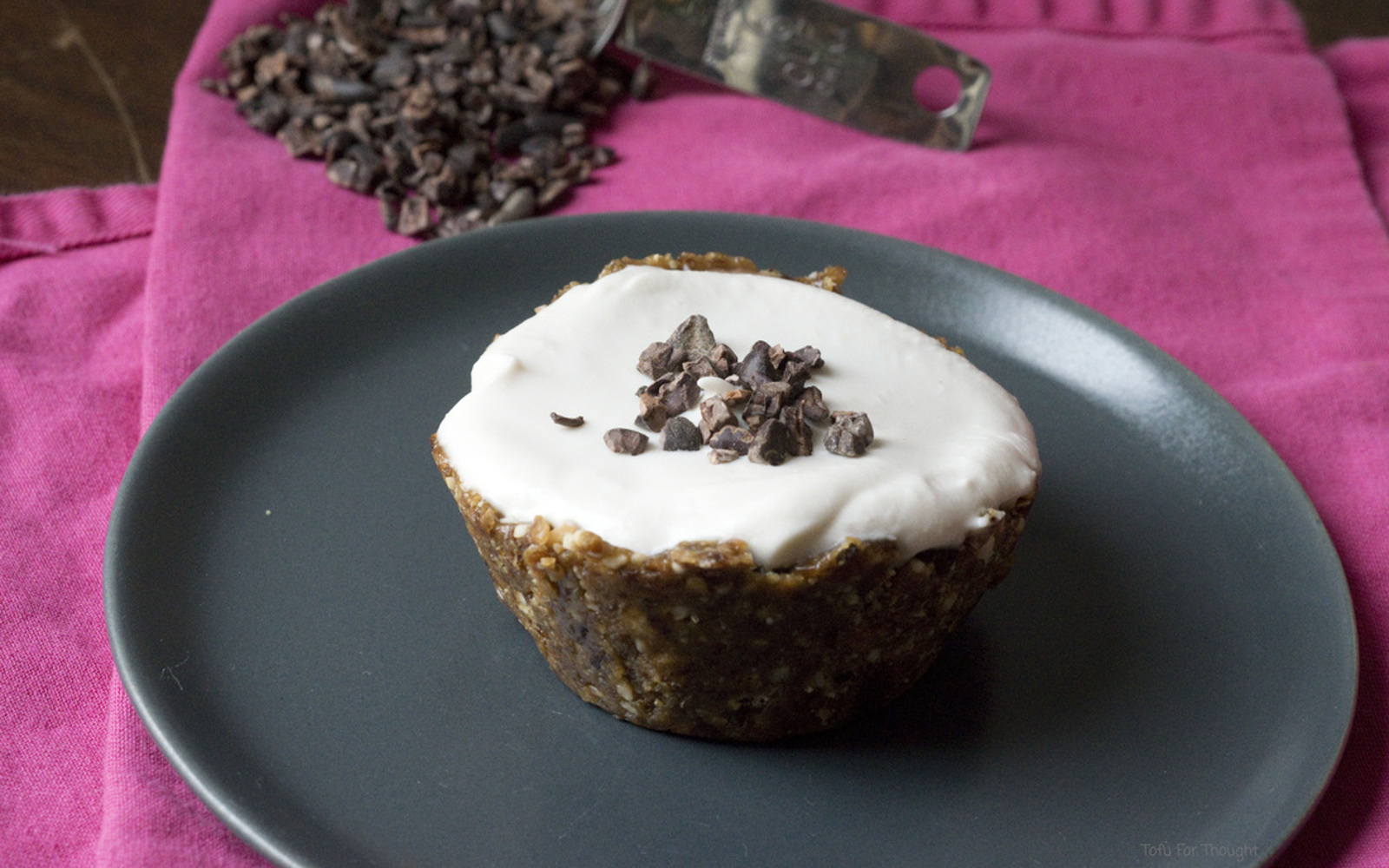 You can keep these little silk pies all to yourself — no sharing necessary. The crust is made from cashews and raisins and it's filled with a light and airy chocolate mousse that's then topped with whipped coconut cream. It's so good, you won't want to share, but it's okay because you don't have to.

For the Optional Toppings:

Hey there! I’m Felicity. I’m a DIY advocate, an aspiring minimalist, and passionate about sustainable living. I use my vegan recipe + lifestyle website, Tofu For Thought, as an outlet for my cooking, photographing, and writing endeavors. In ten years, I hope to find myself working with words and meeting lots of people in several different languages- and, of course, preparing and eating vegan treats!