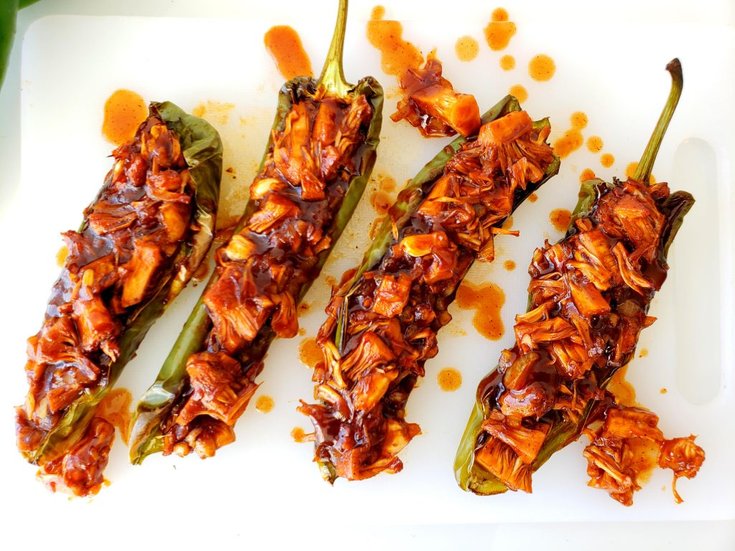 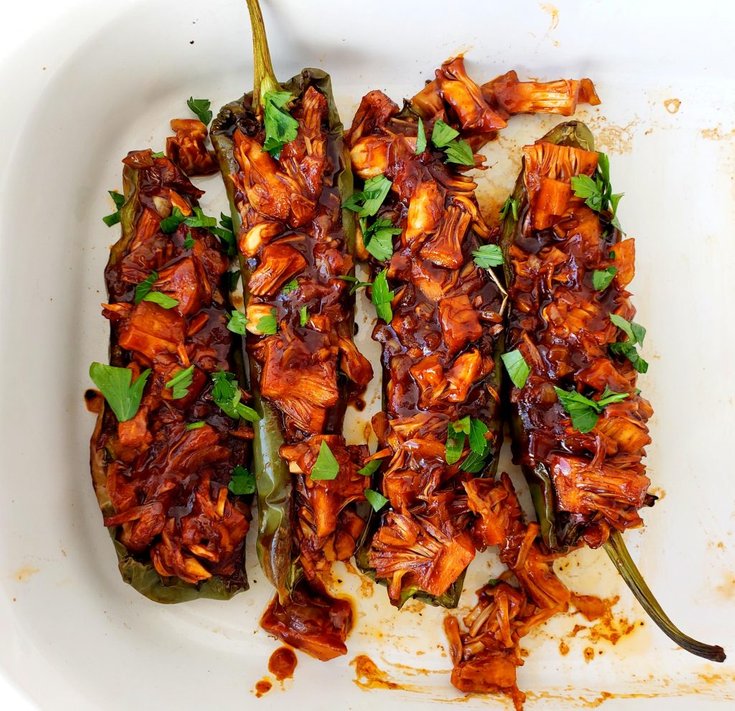 Jackfruit simmered in a hickory BBQ sauce, then stuffed inside Anaheim peppers. This sweet but spicy dinner idea is bursting with flavor. Definitely a vegan favorite!

For the Anaheim Peppers:

For the BBQ Pulled Jackfruit:

For the Anaheim Peppers:

For the BBQ Pulled Jackfruit:

Let's Talk Vegan aims to inspire ordinary people to cook sustainably with simple, plant-based ingredients- nourishing both the body and the mind.